Prem Naam Hai Mera - Prem Chopra is the definitive biography of one of Bollywood's greatest villains.

A man with a soft voice, and such slow diction that you wouldn't place him among villains, Prem Chopra is synonymous with role. In fact, he defines it. In this book, the author takes readers and fans through the life of one of Bollywood's most celebrated villains and ruled the silver screen from 1967 to 1994, a period considered his zenith by many of his fans and critics alike. Written by his daughter, this memoir takes readers through his life and achievements, from the time when he waited tables at Shimla to look at film stars who dined there to being mobbed by fans decades later at the same place. His lecherous portraits, the ones he scorched the Hindi silver screen with, led to a strange public image, one of hate and revulsion, and what better mark of a villain is there than to be hated by the public? In the niche family within the cinema industry, he was all but despised however, and Dharmendra himself dubbed Prem's couplets Prem Awargi. And again in his family, he was loving husband and beloved father above all. Read about the man behind the onscreen evil avatar, and learn about his trade and passion through anecdotes taken straight from the legend himself about other Bollywood legends through the ages.

Rakita Nanda is an Indian writer and former web designer. She is the daughter of Prem Chopra and is married to award-winning film publicity designer Rahul Nanda. A graduate in mass communication, she was also the marketing manager of Baba Digital. 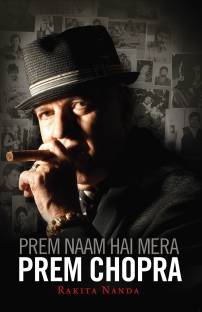 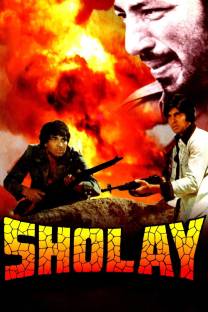 Excellent insights into a real life gentleman who succeeded as a villain in make believe life which is movies. Enjoyed watching him on screen and the book proves that villains in movies are real life heroes (Pran being another example).

This is a real treat for bollywood lovers especially who like the villainous performance. The book takes you back to the early years of the Indian cinema and believe me while reading about those good old time your thoughts will go black and white. Read it and enjoy it.
READ MORE

A must read book for anyone interested in all time favourite Prem Chopra ... A detailed inside story of Prem Chopra presented in very lucid and enchanting way ... Its a story of man who started from zero to become stalwart character in Bollywood ...
READ MORE