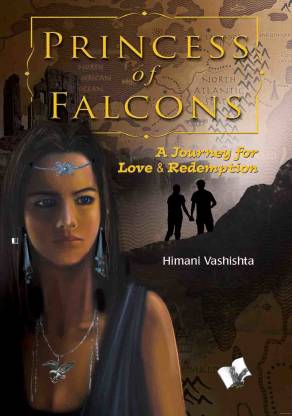 Princess Of Falcons is the thrilling tale of Silviya, a young girl from North America, who is forced to flee to India with her aunt Trisha and is plagued by questions about her mysterious past.

Silviya is the young protagonist of Princess Of Falcons written by Himani Vashistha. Silviya was born in a mysterious tribe in North America. However, due to certain unexpected events, she is forced to flee from her country, along with her aunt Trisha. They flee to India and start their lives anew. The India that has been depicted in this novel is the India of today.

As the story advances, Silviya begins to get dreams about her past that traumatize her greatly. When she is unable to cope with the trauma, she makes up her mind to journey to the land of her birth, along with some of her friends, in an attempt to find out more about her origin.

The place of her birth is known as Bangolarrea. While exploring this place, Silviya must also do something about the impending war between her tribe, which is the Falcon tribe and the opposing Naga tribe. The writer has also introduced Silviya’s love interest, Manav, who is her college friend in India. Silviya must make some important choices in her life, keeping Manav in mind as well.

Later in the story, we are introduced to Ralf, who is a young warrior in the past and is a part of Silviya’s Falcon tribe. The presence of Ralf causes Silviya to face severe inner turmoil while making certain life-changing decisions. The most important of these decisions is whether she would return home to India or if she would choose to stay on in the past in an attempt to destroy it. Princess Of Falcons details the decisions she makes and how it affects her life.

Himani Vashistha is a well-known author, and poet, hailing from Bikaner, Rajasthan.

Vashishta holds a bachelor’s degree in Law, along with a master’s of business administration from Yaduvanshi Shiksha Niketan. From a tender age, Vashistha began writing poems, the first of which was published in Blossom of India. Apart from writing novels, the author also likes blogging, origami, gardening, and astrology. 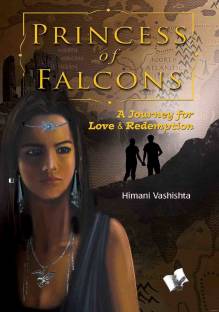 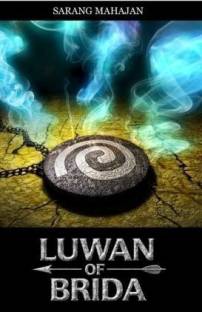 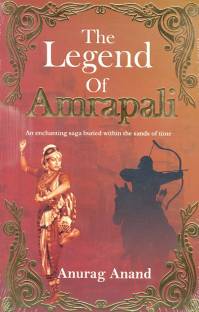 awsome imagination,and love poems in between

this novel is perfect example of feelings,surrounding of girls of loacal india,flow of this novel is awsome ,love poems ,i will say is the best part of novel,they are all heart touching and use of words is in such a manner that will touch your heart , i will suggest ,if anyone has ever fall in love must read this novel, it's really nice effort by author .
READ MORE

I couldn't believe that this novel was actually the masterpiece of an Indian author.The plot, the characters, the narration....everything is pitch-perfect.The storyline proceeds smoothly and then slowly opens new and new secrets.For all those fed up with the likes of stupid love telltales - A MUST READ.
A true fanatic reader who loves imagining would only fantasize whats next in store once he turns off the last page. And yes similar goes for the Princess Of Falcons. Hence i would recommend th...
READ MORE

I think, this book is piece perfect for them who like love stories, adventures & aware of their duties...yes,its a complete pakage of all of them.... if u have a biasing for them or anyone of them, u obviously can go for it without any hesitation....the story slowly opens with Silviya & her falling in love with Manov...then the adventurous jorney of the troop consists of Silviya with her experienced grandmother, Manov & her best friend to the tribal's teritory begin where silviya comes to kno...
READ MORE

I had ordered the book on Flipkart as because I had some conversations with its author.I found the link she had given me appealing, so ordered the book. I read a lot but it's my first time to order any book through Flipkart. As because there is flood of love fictions in Indian market I had considered the book to be a tribal love story. But the imaginative world Vashista has created is really amazing. The tribal secrets, Panahasi tribe, Camarin's wrath,death valley, magical creatures every th...
READ MORE

A COMPLIMENT TO FANTASY LOVERS !!!

Its really an amazing read, the story is whole connecting and full of adventure.. it maintain the pace till the end.. the story revolves around the brave & beautiful character Silviya, how her dreams haunts her about her origin(the tribe place where she belongs), how she get to know about her origin and then how she reach there facing many odds.. after that realizing the duties and fighting for her tribe people against the evil..
So, the novel is pace keeping, interesting,very well narrated, ...
READ MORE

A great fantasy- Must reach to Hollywood!!

Page Turner for Sure. When I started reading I couldn't stop reading till the book ended.Really Himani is JK Rolling of India.The book is awesome,unique and a great storytelling.

The story is fast paced, beautifully written and contains all the elements that one can expect from a good book - drama, twists, love, glamour, passion and deceit. Even peripheral characters (particularly Ralf, the werewolf Warrior and Silviya's best friend, Veer) leave a lasting impression on ones mind through thei...
READ MORE

HIMANI VASISTHA,the growing talent of INDIA,a awesome creation"PRINCESS OF FALCONS".A drama or a real film can be create on this novel.Hurt touching feelings,love,sorrow everything contains it.Every moments of life are covered.Nobody can stop until it finishes after starting it.Its curosity is its speciality.I hope Himani will continue do this type of creations for keeping young generation in mind.
READ MORE

Not worth the time & money. The story is very predictable, considerable effort is needed to make it read interesting. Last but not the least there were many grammatical mistakes, which were least expected.
Wanted to read an Indian author. Had built up great expectations after reading Amitav Ghosh & Amish, but all were shattered and quite badly.
READ MORE

Reading the book.. it's quite interesting
READ MORE

Had purchased this book from Flipkart reading the synopsis of the novel. Extremely disappointed! It is not that the story-line is bad...it is okay but very predictable. The first page of any novel is always important as it spearheads the rest of the story...unfortunately the first page itself is full of grammatical errors...the words repetitive...the 'zing' is lost.
READ MORE