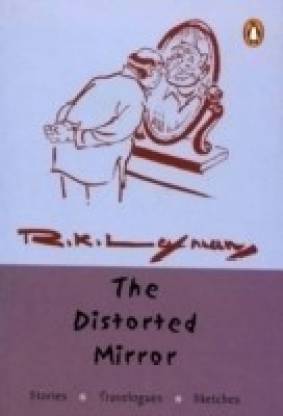 R.K. Laxman, cartoonist par excellence, is also one of the country's most entertaining writers. The Distorted Mirror brings together some of his best short stories, essays and travelogues. The collection begins with 'An Accident', a most unusual mystery story where the murder weapon is a newspaper. In other stories, we are introduced to Gopal, a schoolboy in an ordinary small town that is transformed one day when the Viceroy visits; Shantha, a little girl who makes an interesting discovery in the midst of a wedding; and Bhasker, a writer who is suddenly confronted by his past. Each story is marked by Laxman's ability to delineate a character or a moment with a few deft strokes and imbued with his trademark wit. No less fascinating are the travelogues—about the United States, Australia, the Andamans, Darjeeling, Mauritius and Kathmandu—which are brought to life by Laxman's vivid descriptions and his inimitable way of looking at the world around him. The collection is rounded off with a few rare and delightful anecdotes about Laxman's cartooning career, a subject on which he is usually reticent. Accompanied by Laxman's illustrations, the pieces in The Distorted Mirror will amuse and entertain every fan of R.K. Laxman's.

Book is good,but price is horrible.

The book contains only 160 pages and the dimensions are like the dimensions of a pocket comics book.But,penguine(the publisher) has priced it Rs 199.Such a horrible price.

3 stars only because I am a fan of R K Laxman and love his writings.
READ MORE

Easy read with many many insights...

Amazing insights. We have all gone through the writings of his great brother. Similar to him, he writes simple, about simple things and about simple people. I never knew till this book that he was into scribbling words and spinning essays. It was an eye opener indeed.
READ MORE