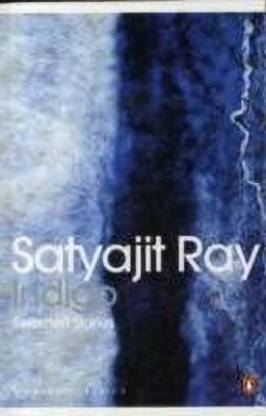 Indigo: Selected Stories is a treasure trove for those who enjoy reading unusual and bizarre short stories with unexpected twists at the end. The book comprises of 21 short stories penned down by Satyajit Ray and translated by Gopa Majumdar. These are tales of the supernatural, dark horror, fantasy, adventure, and of ordinary people caught up in extraordinary circumstances. Some of the stories in the book are The Hungry Septopus, Ratan Babu and that Man, Indigo, The Small World of Sadananda, and Pikoo's Diary. This book will make for an engaging and interesting read for those who enjoy short stories.

Satyajit Ray was an Indian filmmaker and author. He was regarded as one of the greatest filmmakers of all time, with films like Pather Panchali, Charulata, and Shatranj Ke Khilari to his credit. His first film, Pather Panchali (1955), won eleven international prizes, including Best Human Documentary at the Cannes Film Festival. Ray was honored with several awards in his career, including 32 Indian National Film Awards, a number of awards at international film festivals and an Academy Award in 1992. He was also honored with the Bharat Ratna in 1992. Apart from being a filmmaker, he is also a writer of repute. He revived the Bengali children’s magazine, Sandesh in 1961. 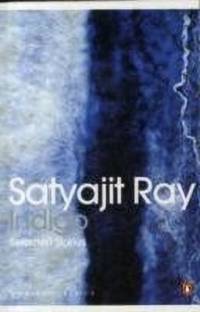 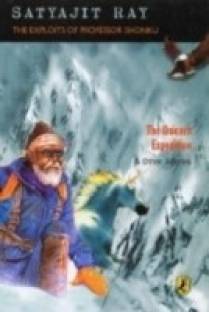 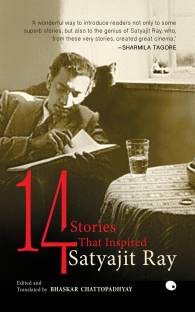 Print the author's picture as the front cover dear Publishers

We all know him as an Undisputed filmmaker but the prowess that this Man possessed in writing is little unknown to many.Sometime ago i too was one among them before one of my Guru's introduced me to Ray's short stories.He is simply a genius.
This book is a rich collection of his works.Am so happy to have a copy this version.
Flipkart as usual an amazing experience as always.Packing,deliver,condition of the product it makes no mistake.But one suggestion to Flipkart,bookmarks could be printed w...
READ MORE

Its perhaps the best work I have ever read. Full of Adventure, thrill ,excitement and uniqueness. It takes u on a journey ,right from story one which each story making the journey more memorable.
Each and every story envelopes u in it and doesn't let u leave unless u find "Translated by Satyajit Ray" at the end.
I am greatly fascinated by Satyajit Ray's art which remains fresh and alive always and would highly suggest it for people of all ages.
READ MORE

The Magic of Manik

Manik Da as Satyajit Ray was called is so apt a name for him cause he is a true Jewel! Much before the who's who authors of the world created Aliens and Supernatural Creatures, Manika Da had in a gripping yet lucid way brought them out....and in a way where every one from a 10 year old to a 60 year old would love and enjoy it.
This is one of the best collection of Ray's 'weird' stories!!
READ MORE

I have been looking for this since my childhood. I remember reading it when I was in class 5 or 6 (in hindi) and i remembered the story - Anath babu's terror. That just got imprinted on my mind.
and thanks to Flipkart that I found it here.

About stories in , each one is just marvellous and with a sharp twist. The supernatural factor is new and sooo different in each of the story. It tells how great Sattyajit Ray was when coming to great story telling.
Just 1 story disappoints .

It is wonderful book. It has a very good collection of the best short stories of Satyajit Ray. The stories are written in simple yet interesting manner. A must read for people of all the age groups.
READ MORE

0
0
Permalink
Report Abuse
5
I read this book in my library and my oh my this really stole my heart. It has suspense, thrillers and were really some of the most awesome you get to read. If you are a fan of Satyajit Ray and a non bengali reader like me this is a must have.
READ MORE

This is the best book of my best author: Satyajit Ray. Must purchase it if you love literature.
READ MORE

One of the best books of Satyajit Ray
READ MORE

I am smitten! All the stories are engrossing...a masterpiece from a master of many trades! The only drawback is the print font..it is quite small and though it is good enough for me, my mother would find it difficult to read.
READ MORE

This book is a jewel. It has paranormal stories, mystery stories, stories of Indian life. Satyajit Ray's stories are bound with empathy, colourful characters, and more than anything- creativity. The narrative voice changes with each story. Recommended for all age groups, and for all sorts of book lovers!
READ MORE