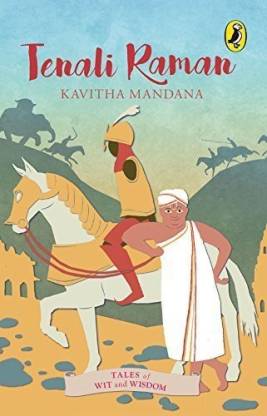 Relive the stories of one of the funniest South Indian Brahmins in history with this collection of stories featuring Tenali Raman.

Tenali Raman, or Tenali Ramakrishna, was a Telugu poet and writer, considered one of the Ashtadiggajas, the eight poets of the court of King Krishnadevaraya at Vijayanagara. He was considered a folk hero for his antics and his wisdom, being unafraid to speak to the king honestly when he was wrong. Tenali Raman favoured indirect lessons over direct ones, teaching a cat to eat rats instead of drinking milk and taking Krishnadevaraya’s words literally when told to never show his face just to show him the uselessness of anger. He was one of South India’s finest writers, comics and this book presents folk stories which are attributed to him. They are after the fashion of stories such as Akbar and Birbal and Nasreddin Hodja. Kids and adults alike will love his stories and they will learn valuable morals which are taught only through stories.

Kavitha Mandana is a former advertising copywriter and is currently a fulltime writer and illustrator of books for children. She has also written for Deccan Herald’s children’s supplement Open Sesame and the children’s magazine Chatterbox. She enjoys gardening, doodling and taking care of adopted stray dogs. 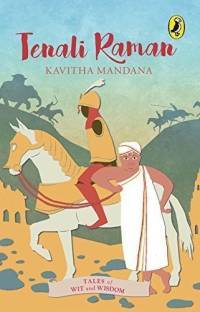 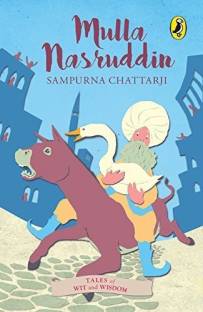 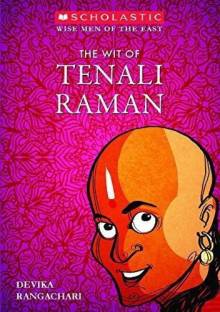 The Wit of Tenali Raman
4.3
(51)
₹151
1 Item
₹147
2 Add-ons
₹327
Total
₹474
Ratings & Reviews
4.2
★
45 Ratings &
0 Reviews
Have you used this product? Be the first to review!
Questions and Answers
Q:how many stories are there in it ?
A:There are 25 stories
Anshuman Swain
Certified Buyer
0
0
Report Abuse
Didn't get the right answer you were looking for
Safe and Secure Payments.Easy returns.100% Authentic products.
You might be interested in
Society and Culture Books
Min 20% Off
Shop Now
Travel and Holiday Books
Min 20% Off
Shop Now
Books
Min 30% Off
Shop Now
Olympiads and Test Books
Min 10% Off
Shop Now
Back to top