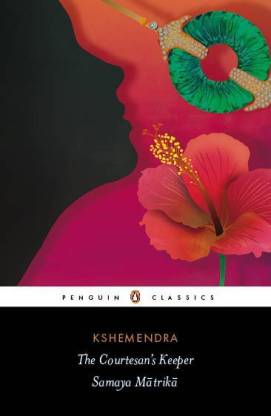 Be the first to Review this product
₹299

This book is about the life and time of Kankali, a courtesan, who helps teach her ward, Kalavati, everything she needs to know about the world.

This book is the first Indian translation of a Sanskrit satirical novel written by Kshemendra. It gives us a view of the social satires that the writer wrote about. It also contains many popular works on religion and poetics. The characters in the novel include the beautiful courtesan, her cunning keeper, an experienced barber and a trader. The description of the characters brings out a lot about the life and society of the Kashmir Valley of thousand years ago.

Kshemendra was a Kashmirian poet of the 11th century who wrote in Sanskrit. His education and literary output were broad and varied. He studied and wrote about Vaishnavism and Buddhism. His literary career extended from around 1037 to 1066. He has also composed plays, descriptive poems, a satirical novel, and also a possible commentary on the Kama Sutra. Some of his works include: Kalavilasa, Samaya Matrika, Narmamala, Desopadesa, Darpadalana and Nitikalpataru.