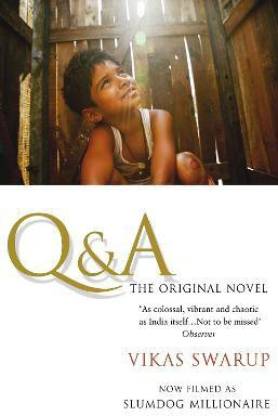 Q & A New by Vikas Swarup is a novel about a poor boy as he grows up learning the lessons of life and ends up winning India’s most coveted quiz show.

The tale of part fantasy, part curiosity and part reality. A tale of multiple layers unfolding with a new surprise element as and when Ram Mohammad Thomas, a boy with a humble, in fact poor or no background ends up winning the nation’s most prestigious quiz show Who Will Win a Billion? Well, the curiosity part does not come in his winning but in his landing up in jail as a consequence of his win. It is of course a matter of high doubt as to how an illiterate fellow living in slum quarters can find answers to all twelve questions posed to him in the quiz. From here, the plot unfolds as Ram Mohammad Thomas revisits his past and gives an account of his life through the tides of times. Ram’s tale is bound to keep any individual gripped to his tale as he moves from being an orphan to being moved in a brothel. From being alongside gangsters to finding himself serving a Bollywood star. The story is a complex drama of an individual who has learnt much in life just by being a perceptive observer and a keen listener.

Vikas Swarup’s Q & A has received widespread critical appreciation both in the national as well as in the international space. The book has been translated in 42 different languages and made into an Oscar-winning movie 'Slumdog Millionaire’ which portrays the degree of popularity that it must have received.

Vikas Swarup is a man of much talent. He is a renowned Indian novelist as well as diplomat who has served in the United States, South Africa, Turkey, Ethiopia, the United Kingdom, and Japan.

Vikas Swarup is the author of two novels: Q & A and Six Suspects. Q & A was his debut novel.

His book Q & A won South Africa’s Exclusive Books Boeke Prize 2006 and was shortlisted for the Best First Book by the Commonwealth Writers' Prize along with winning the Prix Grand Public at the 2007 Paris Book Fair. It was also voted as the winner of the Best Travel Read (Fiction) at the Heathrow Travel Product Award 2009.

Born in the humble township of Allahabad, Uttar Pradesh, Vikas Swarup joined the Indian Foreign Service in the year 1986 after completing his graduation from Allahabad University. He is presently India’s Consul-General to Osaka-Kobe in Japan. He has also served in Ankara, London, Addis Ababa, Washington DC, and Pretoria. 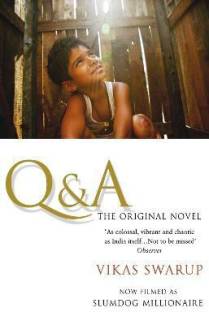 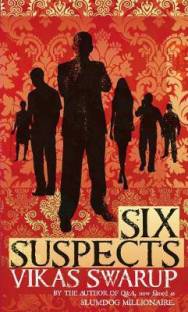 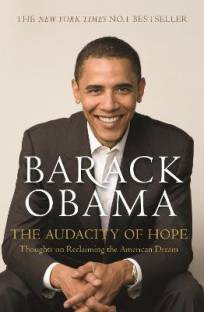 Immerse Yourself ! Its a lovely book.

I am at the crossroads between Slumdog Millionaire and Q & A. I enjoyed watching the movie few years back when it won the Academy Award for Best Picture and I was meaning to read the book which is based on this movie. Glad, I didn't delay any further. Q & A is a well-written novel and I can't believe its Mr Vikas Swarup's maiden novel.The most irresistible page-turner I have ever read.This story catches you by the collar pulls you right into the pages of the book and doesn't let go until the ...
READ MORE

A Book that is Much Better than Slumdog Millionaire

This books makes you feel happy, makes u cry, makes u angry at the injustices of society, makes u tense and everything else... A book that is much better than most of the films these days... Ever minute and ever paise u spent wouldn't be wasted......

If you have liked the movie, you will love the book. The plot is much more intense and gripping than the movie. Also it's different. I was bit skeptical initially as I thought I knew the storyline all through, but it looks like the storyline has a lot of changes in the movies. Overall, a good light read.
READ MORE

The delivery was on time & packaged well, worth buying!!
READ MORE

What more can I add to a book that was made into a film that got more Awards than any other film. The story is amazing, and wonderfully told. The story is absolutely riveting, and though you know how it will pan out after a few chapters, the tales that narrate it are still brilliant. Full marks to the author.
READ MORE

The book is even more intense than the film. The plain language adds to the appeal. The sequencing of the story is far better than in the film, though i have to say the title (Q&A) wasn't the best. Slumdog Millionaire sums up the story far better.