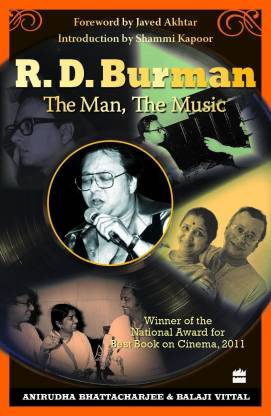 Description
To a nation fed on classical music, the advent of Rahul Dev Burman with his repertoire of Western beats was a godsend. RD revolutionized Hindi film music in the 1970s, and with his emphasis on rhythm and beats, this Pied Piper of Hindi film music had young India swinging to his tunes. At the same time, this genius proved his many detractors who criticized him for corrupting popular taste wrong by composing some of the most influential raga-based songs in Hindi cinema and showing an immense comfort with all kinds of music, including Indian folk. RD: The Man, The Music looks at the phenomenon called R.D. Burman and how he changed the way Indians perceived Hindi film music. Through anecdotes and trivia that went into the making of Pancham's music - the many innovations he introduced, like mixed rhythm patterns, piquant chords and sound mixing - and through interactions with the musicians who were part of RD's team, the authors create a fascinating portrait of a man who, through his music, continues to thrive, even fifteen years after his death.
Read More
Specifications
Book Details
Contributors
Dimensions
Frequently Bought Together 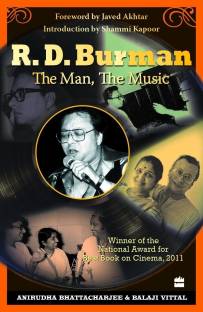 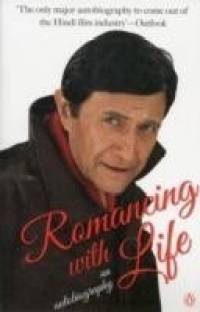 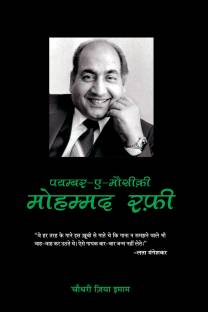 My nephew wanted this book, so he asked me to get it for him. I bought the book and thought, before I give it to him, why not flip through its pages. I started, and I must say, could not stop until I was done with this. My nephew, as usual, was angry with me, but later when I explained to him he simply said, "so uncle you see, us, the new generation do know how to pay respect...."

Indeed they know that, and this book is a fantastic example of it. This book is must read if you are a music...
READ MORE

This book is an intensely researched book, the inspiration for which is one single person. A must read even for people who are not into the technically finer points of music, yet it beautifully describes the journey of this man. Also one gets an insight into the film and music cultures of the times. Strangely enough, it has not taken inputs from Asha Bhosle who could probably given more insights into the talents of this man. Overall, a balanced book by a couple of erudite worshippers of the m...
READ MORE

I PERSONALLY BEING ONE OF THE MOST HARD CORE PANCHAM FOLLOWERS ,RECOMEND THIS VALUABLE WORK OF RESEARCH TO THE LOVERS OF R.D.BURMAN.THE AUTHORS HAD DONE A REMARKABLE JOB,NO DOUBT THIS BOOK WILL OPEN A WIDE CANVAS TO THE MINDS OF YOUNG GENERATION WHO WANTS TO FOLLOW THE PANCHAM.THE BRILLIANCE OF MUSIC LACED WITH TECHNOLOGY AND INNOVATION OF R.D.BURMAN WILL REMAIN FOREVER MORTAL IN THE MINDS OF US.
READ MORE

0
0
Permalink
Report Abuse
4
One of the best books on Bollywood Music. Excellent writing with details of the most famous and not so popular numbers composed by RD. Enjoyed reading it. OK there are couple of points though which was not so palatable to me. One the continuous refrain in the book of trying to say SD Burmans music had a lot of work by RD. Second the deliberate playing up of Kisore compared to Rafi was most unnecessary. Like saying Rafi had difficulty singing O Haseena.. Well except for these the book is a gr...
READ MORE

Amazing book - must read for fans of Hindi film music

I absolutely loved this book. The amount of research that has gone into this book is amazing. yet it is written in a free-flowing, fun kind of way - giving the story of musicians in Bollywood who remain mostly in the background, and yet have given us so much wonderful music over the years. Highly recommended for old hindi music fans.
READ MORE

R.D. Burman: The Man, The Music

Its really a good book to know R D Burman and his creativity. Specially his song his inspiration etc. Really worth.
READ MORE

If you are a die hard RDB fan and want to read some real informative biography - without any bias, go ahead - buy this one and enjoy. Crisply written and definitely a page turner. Also, if you are a movie quiz buff, you might love the various anecdotes in this book. Overall, amazing !!!
READ MORE

must for a pancham fan

being a rd burman fan this book was like music to the ears....kept getting urge to listen to rd burman's tunes while reading this book...enjoyed it...well researched by authors...however i wish there were anecdotes & quotes from the personal & professional life of musical genius himself...
READ MORE