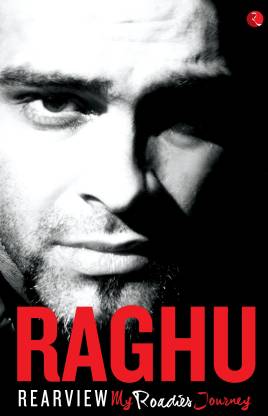 
We have all at one point or the other watched Roadies and wondered what is about that man Raghu. Why is he so rude? What is he trying to prove? Who is the man behind the maker of one of India’s most innovative show? What is his fighting spirit like? The answers to all these questions are answered in Raghu Ram’s very own book, “Rearview: My Roadies Journey”.


“Rearview” thankfully is not all about Roadies. It is about Raghu as a person and his personal and professional journeys along the way. The book is only refreshing in the sense that it makes the reader privy to Raghu’s personal life lessons. The writing is quite readable and almost seems conversational. He speaks of his passions, disappointments to some extent and achievements. This book is of course for every Roadies fan and for people who have always wanted to know more about the man. "

Rearview : My Roadies Journey is the autobiography of a man out to get the world. In Raghu Ram's own words, readers are plunged into his life, and the journey that brought him to the MTV screen.

The story of a man who is equally hated and respected is one to be told. How is it that a boy, scrawny, weak and easily intimidated by society's darkness, becomes a singer, producer, editor, camera-man, singer and jammer? This is the story of Raghu Ram, notorious for his screen presence on MTV Roadies. The book takes readers through Raghu's life, and tells us the story of a man famous for the way he intimidates people by walking on stage.

Raghu Ram is the executive producer of the reality television show MTV Roadies.

He attended the University of Delhi. Raghu Ram currently lives in Mumbai with his wife Sugandha Garg. 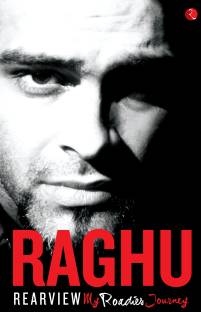 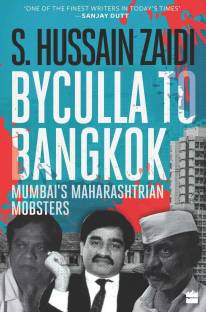 don't judge people when you don't know them

RAGHU as a character from what we have seen in roadies has been unique and hence interesting to know more about. reading the book made me realize quite a number of things. people judge him because he abuses, but in a nation like india, nothing ever comes out of being docile and timid and well mannered. also, the issues that he takes a stand on - from the education system, to the religion-fragmented mass, are very real. we live in a country where the fundamental rights of citizens is challenge...
READ MORE

I must say this is not a book written by Mr. Raghu Ram to increase his popularity or gain more profits. He does't need any of that but this beautiful autobiography takes us on a ride with a fearful boy and his journey to become a winner and a person what he is today.

The motivating part of the book is the situations that he has dealt with. I assume many people can break down in those times but here is a man who stood up became the author of his own destiny and changed his life. Many hints c...
READ MORE

good enough for a push

this book covers every part of raghu's life, from his growth in womb to his present state. it has great language and presentation with few photos of raghu's life in the mid. now about flipkart, i got the book on the second day only with perfect packing and a lovely bookmark.
READ MORE

The Raghu Story - Straightforward, interesting, well written; Only for Roadies fans though

Rearview: My Roadies Journey is the autobiography of possibly the biggest contradiction on reality TV. Raghu Ram is one of the most hated and feared men, simultaneously being one of the most widely respected and looked up to.

Raghu's autobiography is unpretentious. It's straightforward and you get a sense of credibility as you read it. Raghu doesn't try to stuff in any big words in order to force-fit an impression about himself - he's pretty much the Raghu we know (not the Raghu we see or he...
READ MORE

Its interesting to see how your opinion of a person can be so flawed based on what you see on television. Reading the book was a great insight to Raghu the person and all the experiences that make him who he is today.
It was such an interesting read, I couldn't put the book down once I started it. For someone who is such a youth icon, I think a lot of kids out there will be very inspired to read this book, knowing that if Raghu could do it after going through all he did, they can too!
A qui...
READ MORE

The best book I've ever known

Just got the book for Rs.97 with the Flipkart Mobile App and got the free shipping. Believe me guys , this is the best book. One would never regret spending your bucks on this one. The book is really inspirational. It has got the whole journey of Raghu's life till now. The page quality is quite good and the book is really light and you can easily carry the book anywhere you go. Believe me , if you are the roadies fan order this one , you would really be happy.
And guess what , Flipkart has th...
READ MORE

I watched Roadies season 5 to 8 and HAD TO read Raghu's book which is basically an insight to his life, right from childhood till date. That he had been a reticent, unassuming child who was bullied to becoming "the rudest man on television", it was interesting to finally know what goes inside the mind of a brilliant show-maker. While non-Roadies people might not understand the mechanisms of his descriptions particularly regarding Roadies and other contestants, his book is an extension of the ...
READ MORE

A really good book but purchase it only if you're a Roadies fan and follow the show religiously.For someone who is writing a book for the very first time,good effort,brilliantly written and at the same time Raghu Sir comes across as very candid and interesting person.Also,the book clearly puts the message across that there's more to Raghu Ram than we actually see on our television screens.
READ MORE

I am a fan so i had to read it. no other option. good insight about the man who created roadies and how he did it.
You are an inspiration to the generation. keep doing the good work
READ MORE

A book of average thickness, readable and insightful. it also contains family photographs of raghu and rajiv-the prodigious twins.I don't like either Raghu or Rajiv much but one serious and candid rush of respect for the hard work they have put in, commitment and sincerity they've shown. though I was expecting more of it on their personal lives and the causes and the forces that have shaped their personality throughout. nonetheless, one and only one of a kind, do buy.
READ MORE