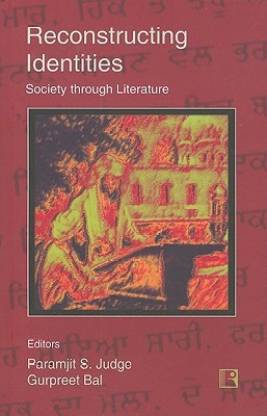 Reconstruction of identities by using literary texts in specific context of Punjab is the central motif of the present volume. It is a collective effort to understand the evolution of the Punjabi society in terms of religion, gender, caste, class and rivalry. Starting from the 18th century text the volume explores various facets of the social life of Punjab till the end of colonial period. Despite the varying approaches of the contributors, it seems clear that there was a definite change in the way religion and gender in particular were constructed across time that spans three centuries. In the case of religion there has been a movement from composite religious practices to the construction of singular religious tradition, which was done in a way that culminated into the communal riots and killing and displacement of millions of Punjabis. The construction of gender presents the most interesting dimension of the Punjabi society. The struggle of woman against patriarchy becomes visible even in the 18th century and in the 19th century the first Punjabi woman poet, Peero, raises the voice against suppression and marginality of woman in the Punjabi society. An endeavour towards the construction of gender identity in the 19th century became simultaneously an act of creation of religious boundaries as was evident in the writings of Bhai Vir Singh.

Further, an attempt has been made to show how these identities form the crucial element in the dynamism of society. The historical and sociological evidence corroborates the interpretation of select literary texts to understand the Punjabi society. Seen historically, the interpretative analyses of the texts show tremendous continuity in the forging, reinterpretation and reconstruction of identities. The synthesis and fission of religious identities created contestation that culminated into riots at a historical moment. In a way, the volume shows the process through which the Punjabi society passed from pre-colonial to the colonial period.

About The Author
Paramjit S. Judge is Professor of Sociology and currently Dean, Faculty of Arts and Social Sciences, Guru Nanak Dev University, Amritsar. He has worked and published in the areas of social movements, diaspora studies, and politics of social development. Some of his writings are: “Insurrection to Agitation: The Naxalite Movement in Punjab, Terrorism in Punjab: Understanding Grassroots Reality” (co-authored), “Social and Political Movements” (co-edited), and “Religion, Identity and Nationhood: The Sikh Militant Movement.”

Gurpreet Bal is Professor of Sociology, Guru Nanak Dev University, Amritsar. Her areas of interest are development and change, sociology of entrepreneurship, and gender studies. Her publications include “Development and Change in Punjab, Strategies of Social Change in India, ” and “Development, Gender and Diaspora: Context of Globalisation” (co-edited).