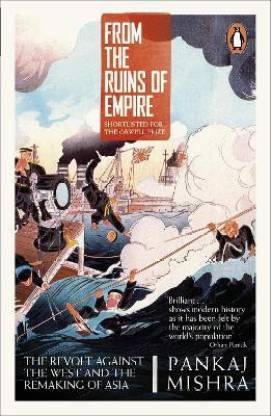 From the Ruins of Empire - The Revolt Against the West and the Remaking of Asia (English, Paperback, Mishra Pankaj)

From the Ruins of Empire - The Revolt Against the West and the Remaking of Asia  (English, Paperback, Mishra Pankaj)

From the Ruins of Empire: The Revolt against the West and the Remaking of Asia is an intriguing record of the days of anti-Imperialism and the wave of intellectual era in the eastern countries that ascended due to an outsized sect of men with ideas of freedom.

Summary of the book

While the West opined that revival of the Asian and other eastern countries from the British rule would be an arduous course, a ceaseless upsurge of intellect, liberalism and struggle for freedom amongst the ruled populations soared. Different countries lost differently to the Imperial decree of supremacy, including the mighty fall of the Mughals, the Ottomans, the rulers in Beijing and the enormous China. This has led to the formation of independent countries governing themselves and rising, proving the ruin that was prophesied wrong. The book, hence, provides a deep insight of this eon of History.

Pankaj Mishra is an award winning Indian born writer, historian and novelist who is and has been widely-read. He writes for The New York Times, Guardian and London Review of Books and has also written Butter Chicken in Ludhiana, The Romantics, and An End to Suffering and Temptations of the West. 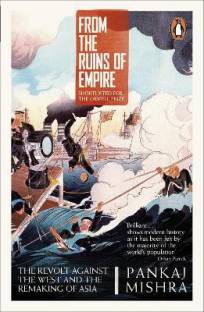 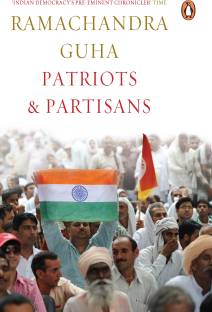 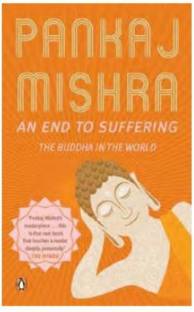 riveting and first among equals

ruins of the empire is a well researched and rehearsed book. pankaj mishra writes with no strings attached. it shows how modernity is defined with western standards and how often the eastern civilizations is seen as out of context in modern times. but people should not see this book as another on the clash of civilizations.the book takes the whole of asian in its panorma right from the japanese triumph over russia to tagore's visit to china.mishra takes us to the fiery era of 1920s when great...
READ MORE

Book thoroughly covers the prominent enlightening figures of 20th century some of them are more like unsung hero. chapters dealing with middle east are very good and well researched.

A great effort toward reconciliation and helps to understand the nation-in-making process of Asian countries.language is not very tough.
Book is worth reading.
READ MORE

Master writer, doing what he does best

When the industrial revolution backed West stomped its way to East, how did the East react? What shape did the protest take? An amazing book that brings to light some of the lesser known, less glamorous but equally important characters that helped shape Asia's destinies. Must read for Pankaj Mishra fans
READ MORE

Pankaj Mishra's work was extremely well put together to bring a reader, Asian or Western, to terms with the international dilemma we are facing today and all need to overcome.
This book will hopefully become essential reading for students of history(aren't we all just that!).
The ultimate topic here is not the clash of civilisations, but the demands of human social, political and spiritual evolution. He gives us an historical key to help resolve the puzzle of human endeavour.
READ MORE

From wispy dreams and muffled cries under the yoke of West, the East is resurgent once again. Pankaj Mishra captures its earliest voices that gave form to aspirations that sought freedom from the political, social, technological and cultural hegemony of the West.

Pankaj brings all the tools of a modern historian to the table, his research is thorough and the little sidenotes that he highlights for every character brings each persona nearer to our grasp.

And unlike Marxist historians or We...
READ MORE

A great book with a detailed historical account. i felt quite guilty reading this book casually (already started forgetting some facts that I learnt in this book) that I have started to taking notes while reading it the second time round.
READ MORE

This is a gem. Reading this has been a great experience for me. One recurring theme of this book are people who weren't or initially didn't start out as complete europhiles or traditionalists but their respective situation demanded that they take a standpoint different from their initial conviction. Thus Afghani's view of British India compels him to follow Pan-Islam ideas while chinese intellectuals' view of British india led to them being less traditionalist than before. And Sayyid Qutb's ...
READ MORE