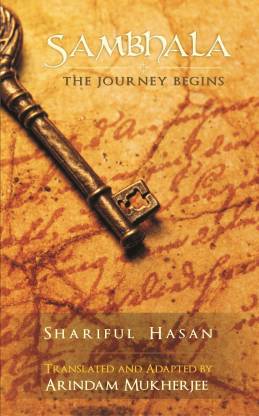 A series of strange events set off a chain of mysteries that appear to have the fabled city of Sambhala at their heart in Sambhala: The Journey Begins, a thriller by Shariful Hasan. This English translation is imbued with the adventure and magnificence of the original.

An old man in a Bangladeshi village begins to act in a strange manner. In Dacca, an undergraduate named Rashed is suspected for his involvement in a murder. When a thousand-year-old book goes missing in Shantinagar, a Satanic cult rushes from the shadows in search of it. What secret ties these occurrences together? What does the seemingly mad old man know, and what is the truth behind the myth of the fabled city of Sambhala? A world-famous archaeologist, Nikolas Carson, is trying to unravel the stories from the truth, and his hunt leads him to the hands of mysterious kidnappers in this action packed tale that races across the world.

Shariful Hasan is a Bangladeshi novelist and sociology graduate. He is based in Dhaka, and this series of Bengali novels has won him much acclaim.

This novel was translated from the original Bengali into English by Arindam Mukherjee. 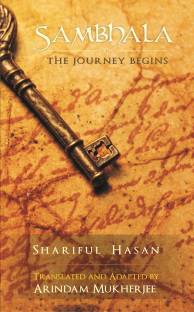 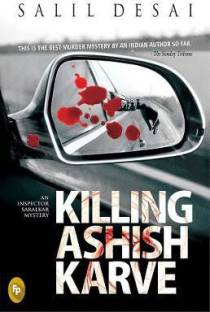 I have an affinity for Fantasy novels.Though the writers are almost new to me I thought of giving it a try.And guess what,I wasn't disappointed.Bangladeshi writer Shariful Hasan and Indian writer Arindam Mukherjee have done fairly a good job.It has enough thrills throughout to keep you interested.It has got thrills,fantasy,black-magic...all perfectly blended.Nothing overwhelming but nothing ordinary.Thumbs up. :)
READ MORE

Captivating! The book takes one brilliantly through Bangladesh to India to Himalayan terrain. The title remains inexplicable until half way through the read. That is where one fathom out why ‘the journey begins’. ? Intriguing, it keeps one hooked throughout. What appears inconsequential in the beginning turned out to be the key by the end. The story revolves around an old man, his grandson, a seeker and the elixir of life.

A definitive page turner and a must read.
READ MORE

A real page turner after a long time. We have grown up reading adventure thrillers that went missing from the life. I have been missing the genre for some time. Sambhala helped fill up that space.

It was a gripping novel, starting from the first paragraph itself. The Dadu, the old man, who has a history of 1000 years behind him gradually became the center piece and the hero, who was pretty absent in the beginning, and was rather an anti hero. It was mesmerizing, with the black magic, with th...
READ MORE