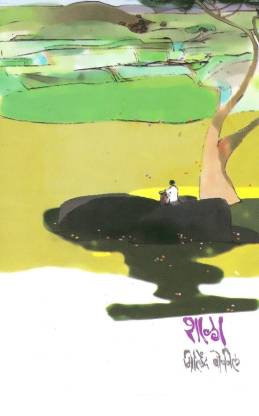 Shala is a coming-of-age story of a group of friends, set against the backdrop of the Emergency in India during the 1970s.

Shala is a Marathi novel set in the 1970s in India, during the time of the Emergency. It is narrated by the protagonist, Mukund Joshi. The plot revolves around Mukund and his first tryst with love, and it is blended in with the ups and downs that mark one particular year of his school life.


Mukund is a confused fourteen year old boy hailing from an average middle class family. He is in the ninth grade and has three close friends - Surya, Chitrya, and Favdya. He has a huge crush on Shirodkar, a beautiful girl studying in his class.


But Mukund lives in an era where the orthodox nature of society discourages social interaction between boys and girls. As such, Mukund is forced to be clandestine in his attempts to win the heart of his lady love. He keeps his pursuit of love a secret even from his best friends. And as Mukund is fighting loneliness and despair in love, his friends are undergoing similar phases in  their own lives.


Shala talks about those bittersweet schooldays when one is desperate to grow up and feel liberated from the shackles of a restrictive and judgemental society. Narrated from an adolescent’s point of view, it explores several topics including infatuation, love, discipline, the education system, the inevitability of separation, and the ironies of life.


Shala was first published in the year 2003. It has been adapted for a film called Humne Jeena Sikh Liya, and for a single-act play called Ga Ma Bha Na. In January 2012, a Marathi film based on the novel was also released.


Milind Bokil is an Indian writer and sociologist, known for his tremendous contribution to Marathi literature.


Bokil has written extensively about social development and its related issues. A quest for meaning and direction in life is a consistent underlying theme in his writing. With his artistic flair for writing, he subtly explores the nuances of social relationships and human emotions.


Bokil was born in 1960. His initial education was in the field of electronics and radio engineering. Like many other youth of his time, he was influenced by the Sampoorna Kranti movement and was drawn towards social reconstruction and development. He quit his job and volunteered for a tribal development project in coastal Maharashtra. He went on to gain bachelor’s and master’s degrees in Sociology from the Mumbai University. He followed them up with a doctorate in Sociology from Pune University. His literary career began in 1981. He has received several awards including the Best Literature Award by the Maharashtra Foundation. 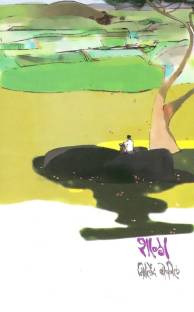 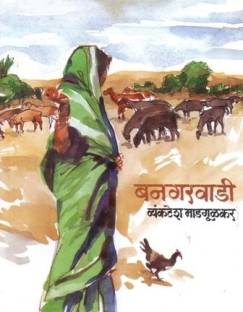 Flipkart is a new revolution in online shopping... Very fast delivery.. packaging is of very good quality....and whats more, very attractive price.. lowest of them all i guess...
Keep up the good work guys...
READ MORE

Ever been to school? YES!.. Then this book is definitely going to set your heart racing at points and leave you wanting for more.You would actually start wishing for the protagonist's love story to meet a successful ending.
The setup unfolds in a small town with Mukund Joshi as the central character.Not only then you fall in love with the naive imagination of the kid but start remembering your own school days(Probably those who had done their schooling in 'Marathi medium' can relate to...
READ MORE

This book describes the world of teenage boy studying in 9th class in typical rural marathi school. Reading this book is like revisiting the memories of schooldays, everyone of us gone through this stage of life. It leaves you nostalgic.There is a marathi movie released based on this book with same title. The movie is worst & doesn't do any justice to the book. Reading this book is thousand times better than watching the movie. I recommend not to watch that movie before reading this book or i...
READ MORE

Shala is brilliant work by Milind Bokil. The characters of book is so live that it roam in your brain and you feel like your one of them. While reading I am feeling like its my school story and I am imagining my friends in around same as book.

Must read book for all ages..
READ MORE

i am in love with milind bokil's style of writing..the book is awesome..totally worth buying and re-reading n number of times..wish i would get more of such kind of books to read!!
buy it and cherish all your school memories! :)
READ MORE

Very good novel that really makes you nostalgic about School days. Very well written story simply tell, really enjoy reading the book.
Language of book is very good, lot of fluidity, best I like about book is it is pretty honest to feeling of teenagers. It does not glorify it or does not downgrade it. Everything come as natural.
READ MORE

Fantastic book, takes you on ride to your wonderful adolescent past. Its a beautiful peace of writing, Milind Bokil never holds back the language and tone which we used to in those days, which we consider inappropriate now :) Book is set in the turbulent years of Indian Emergency of 70's and accurately portray the psych of people in those days. The protagonist is a teenager and we see the world through his eyes, reminding you how we were for whom anything was possible.
READ MORE

Classic book, only for those people who enjoyed their school life. I love this book & found worth to be suggested for translation into other languages.

Thanks a lot to FLIPKART for fastest service. I got this book on second days only.
READ MORE

For everysoul who went to "THE SCHOOL"!!!

Guys I am avid book reader mostly in English language though but have to say I read this master piece bit late.But better late than never.This book will ring bells with each and everybody who has went to the school especially young boys will definitely connect with this book and feel one with the main character!!!
To sum up a must read and as author rightly says in the intro for "everyone who has went to school"!!!
P.S.Books like these keep my faith in Marathi literature!!!
READ MORE

Revisit in to School

"Punha ekda itakay varsha nantar shalet gelay sarakha vatal.." Fantastic experience.. Thanks to Milind Bokil for providing us a wonderful way to re enjoy our unforgettable School days at any stage of life.
READ MORE