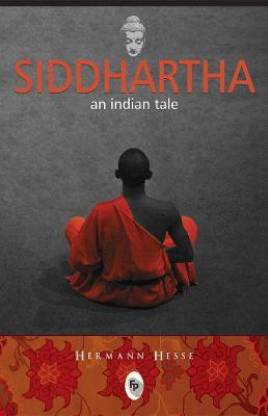 Siddhartha is a philosophical novel by Herman Hesse, telling the story of the time of Siddhartha Gautama, the Buddha, when another man named Siddhartha leaves his home and begins a spiritual quest to rival that of the Enlightened One himself.

During the time when Gautama Buddha was teaching in Ancient India, a Brahmin man named Siddhartha leaves his home in a quest to find spiritual meaning. He is joined by his best friend Govinda. His journey brings him face to face with the Buddha. While Govinda joins the Buddha’s school, Siddhartha continues on his journey believing that every man must seek his own spiritual goals and that teachers can never show them the way. On this journey, he meets a beautiful woman named Kamala. She tells him that he must become rich to have her and this makes Siddhartha think again of materialistic things. When he earns the wealth he desires, he earns Kamala’s love and lives with her as a lover for years until once again Govinda crosses his path, now a wandering Buddhist. Opening his eyes at his shameful failure, Siddhartha goes to a ferryman he once met and decides to spend his life by the river, seeking spiritual fulfillment. Again he meets Govidna, and at last Siddhartha has the answers he has been searching. Herman Hesse’s most famous book is a monumental work into the realm of human spirit and the meaning of life.

Herman Hesse was a German writer, poet, novelist and painter, also remembered for Steppenwolf and The Glass Bead Game.

Hesse’s foray into writing began when he started working in the bookshop in Tübingen, delving into his own work by the evening and choosing the books over friends. He was inspired by Nietzsche, Goethe, Lessing, Schiller and Greek mythology, and won the Nobel Prize in Literature, the Peace Prize of the German Book Trade, and the Goethe Prize. 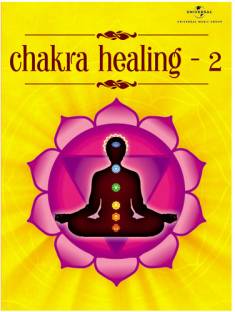 Even after knowing that this book was not about the life story of Buddha (as the name used and the cover image) I ordered this book.
This story may seem interesting for novel readers but someone who know the life story of Buddha and his awakening would know the story is definitely influenced and at some 2-3 places tries to even question Buddhism (I completely respect that because we all have the right to question what we feel is UN-satisfactory).
But the author himself contradicts in many pla...
READ MORE

The book says that, being a disciple or following some great teacher's can't help us to attention enlightenment. It has to be done on our own. Since each and every person are unique, no teaching will help in spiritual enlightenment. Teaching's can just help us to lead a better life.

I think, this book would be an eye opener, for people who are looking for spiritual enlightenment.
READ MORE

Highly Recommended for everyone with mind, soul and heart

At some point or the other, We have all asked ourselves the fundamental question, ''How do we find lasting peace? Why we suffer the way we do and is there a way out for cessation of suffering?''

All the religions of the world have explored the answer to the question in their own unique styles. Some have tried to answer it from within and some from without. As Hesse intelligently points out that we often try to simplify the question for finding the answer to it while within and without are o...
READ MORE

Though the first chapter "The Brahmin's Son" (of Part one) will lead you like written with dictionary referenced wordings.......but as you go on reading......it's a real piece of enlightment and inspiration (altogether)........I won't call it beautifully written......but written in such an arranged manner......that you real one paragraph within 2 mins and think about it (referencing with your personal life and thoughts) the other five minutes.......deserves being the bestseller......people 'i...
READ MORE

Short sweet and uneasy to digest..

Best book for people who are in search of a good book like Fountainhead this will work. And dont compare Siddhartha with Gautam Buddha.
READ MORE

Hermann Hesse certainly knows a thing or two about spirituality and self discovery. He blends the two seemingly interlaced topics into an equally interlaced tale of confusion and clarity with his simplistic writing accessible to anyone with basic reading abilities in the language (English).

Siddhartha, the main protagonist, is quite clear about what he wants but comes across as someone perpetually confused about how he can attain that what he wants. He is a refreshing character who does not ...
READ MORE

One of Hermann Hesse best work

I started reading this after being recommended by a friend and although not a never put down book, I could finish it in few days during my free time. Definitely recommend it for people who keep seeking the meaning of life and who wants to know what might have Goutama gone through to attain that bliss.
READ MORE

I started reading this book with lot of expectations and believe me it had delivered beyond my expectations. Starting was good but in middle felt author is loosing the grip but towards the end it was so fantastic, I read last few pages twice. Loved it , I seriously recommend this book who is looking for good philosophical content. Be like a river and chant holy Ohm ! God Bless you all !
READ MORE

Highly Recommended for everyone with mind, soul and heart

At some point or the other, We have all asked ourselves the fundamental question, ''How do we find lasting peace? Why we suffer the way we do and is there a way out for cessation of suffering?''

All the religions of the world have explored the answer to the question in their own unique styles. Some have tried to answer it from within and some from without. As Hesse intelligently points out that we often try to simplify the question for finding the answer to it while within and without are o...
READ MORE

Siddhartha is a very high quality work by Nobel Laureate Hermann Hesse. The language is lyrical, poetic and flowing. The development of protagonist character 'Siddharatha' is smooth and flows like a river.
An young man Siddhartha leaves home in search of the Truth. He endures extreme austerities, meets Gautama,the Buddha but decides to realize the Truth through his own experience and embarks to an unknown journey. How he lives different aspects of life like passion, hunger, pleasure, ...
READ MORE