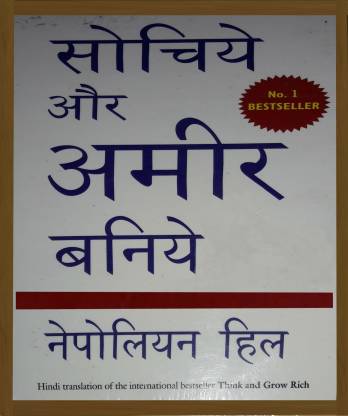 The book discusses the power of positive and assertive mental attitudes and habits to shape one’s life.

Napoleon Hill clearly defines a process to achieve success, not just economic success, but, realization of a person’s dreams in all aspects of their lives.

The author explains how people’s minds can help shape their lives. Thoughts and desires, faith and perseverance, the brain, the sixth sense, the power of creativity, planning and organization, specialized knowledge, all these can be used to achieve wealth and success.

The author advises people not to put any limits on their desires, to always aim for lofty goals. He says the mind has the power to create. Whatever the mind can conceptualize and then visualize can be translated into reality. He advises people to have faith in their ability to achieve their dreams.

He emphasizes the power of auto-suggestion. If a person firmly believes in their abilities and works towards their goals, and keeps repeating positive assertions to themselves, this will open up their mind to its full potential.

Once the mind has reached a decision, the author advises a firm and unshakable conviction in it and working towards achieving the goal. He stresses the importance of organization and planning and persistence and the need to overcome fears and mental obstacles to achieve success.

The author also states that the mind is easily influenced by the people a person associates with, so he says it is important to cultivate a group with similar attitudes and beliefs.

This book was among the first to stress the power of positive attitudes and affirmations to achieve wealth and success.

Napoleon Hill was an American motivational writer and self-help expert.

Other books by Napoleon Hill - The Law Of Success, Outwitting the Devil: The Secret to Freedom and Success, and The Master-Key To Riches.

He was a firm believer in the power of personal beliefs to shape a person’s life and influence their success.

Napoleon Hill was born in Pound, Virginia in 1883. At the age of 13, Hill began working as a reporter, covering the rugged, hilly regions of Virginia for various newspapers. He entered law school, but was unable to finish his studies due to financial circumstances. Later, a meeting with the industrialist Andrew Carnegie changed the course of his life. Meeting the millionaire as a part of a reporting assignment, he was asked by Carnegie to write a book about Carnegie’s formula for success. He asked Hill to interview several famous and successful people to illustrate his idea. This research resulted in the popular book, The Law of Success. Hill later published many other books explaining his philosophy for achieving success and prosperity. 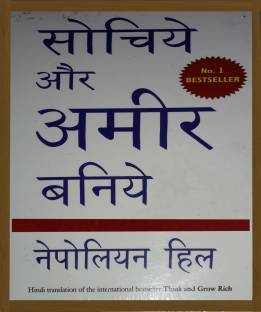 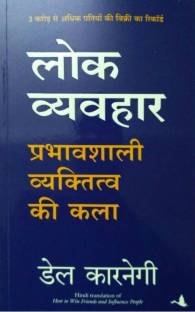 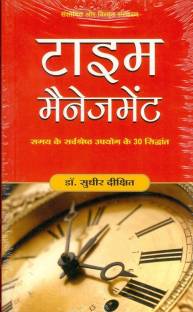 if you get rich then read this......the amazing book

You are the best service provider.
1. You provide the original product.
2. Very fast delivery (within 3 days).
3. I love the way of your packing. I also buy some other books from another retailer but you are the best one.
4. Add as much as you can the Hindi business books and I will your all product of one-one piece.

Love you so much I can't explain how much I am happy with your service.
If anybody asks me how much you give the marks for your service out of 100.
Ans - I will give you 101/100
READ MORE

Very good book is the best book written by Napoleon Hill, and Flipkart's service is well appreciated, my experience with flipkart was very good
READ MORE

👍🏻This book will give you full of great ideas to become a rich.
READ MORE

👌👌The book is good, all the books teach a lot. If needed, understand the conclusion of her saying and take her out in real life.
READ MORE