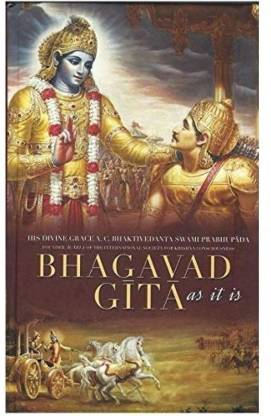 Description
The Bhagavad - Gita is the main source-book on yoga and a concise summary of India's Vedic wisdom. Yet remarkably, the setting for this best-known classic of spiritual literature is an ancient Indian battlefield. At the last moment before entering battle, the great warrior Arjuna begins to wonder about the real meaning of his life. Why should he fight against his friends and relatives? Why does he exist? Where is he going after death? In the Bhagavad - Gita, Lord Krishna, Arjuna's friend and spiritual master, brings His disciple from perplexity to spiritual enlightenment and each one of us is invited to walk the same path. In the course of doing so, Krishna concisely but definitively explains transcendental knowledge, karma-yoga, jnana-yoga, dhyana-yoga and bhakti-yoga, knowledge of the absolute, devotional service, the three modes of material nature, the divine and demoniac natures and much more. Bhagavad - Gita as it is is the largest-selling, most widely used edition of the Gita in the world.
Read More
Specifications
Manufacturing, Packaging and Import Info
Frequently Bought Together 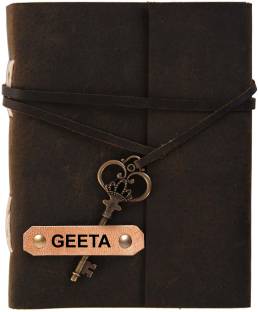 The book was delivered before time and was in a very good (best ) condition. It came in hardcover and the shine of paper was worth the price. The delivery person was very co-operative , polite and well santitized with proper masks and gloves. Thank you flipkart !
READ MORE

Would've appreciated it a lot , but the entire POV has been shifted to Iscon and not the actual translation , still there aren't enough options for Bhagvat gita in english so this might be a good choice if you prefer to read in English .
READ MORE

The ocean of knowledge
READ MORE

I really love this book.excited to open the magical words and verses!
READ MORE

This book is just awesome... The cover is so attractive... Jay shree krishna 🙏❤️
READ MORE