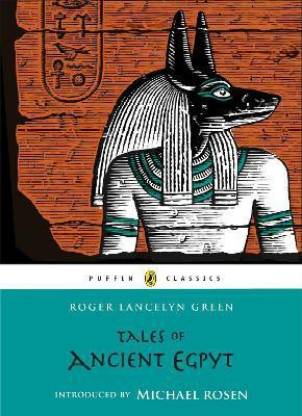 Tales of Ancient Egypt is a classic collection of folklore from ancient Egyptian mythology narrated by Roger Lancelyn Green.

Who was Amen-Ra and how did he create the entire world and its inhabitants? Was he the ultimate god? How did the vulnerable Isis go hunting for her dead husband Osiris in the waters? Did the Bennu bird also emerge like the phoenix?

All these amazing stories and more is what Tales of Ancient Egypt chronicles for its readers. A beautiful mosaic of ancient Egyptian legends interspersed with fascinating mythological characters, the book is a wonderful and gripping read for one and all.

The reader embarks on a riveting journey with the author, bringing to life the world of ancient Egypt with its enthralling tales. A repertoire of stories from the primal land of Egypt, Tales of Ancient Egypt describes the actions of Egyptian gods, heroes and other mythological characters through its impressive narration.

The book, a primer on Egyptian mythology, also brings forth some delightful legends, like that of the girl with the red-rose slippers, considered to be the earliest and the oldest version of the timeless Cinderella story.

A delightful and entertaining experience, Tales of Ancient Egypt, first published in 1967, uses the art of storytelling to recreate the enchanting world of the ancient city of Egypt and the endeavours of its champions. The book is also regarded as a quintessential contribution to the study of this glorious civilisation.

Roger Lancelyn Green was a British children’s writer and biographer.

Apart from Tales of Ancient Egypt, Roger Lancelyn Green has many other mythological books to his credit including Tales of the Greek Heroes, The Tale of Troy, Myths of the Norsemen, and The Adventures of Robin Hood. His original fiction works are The Luck of Troy and The Land of the Lord High Tiger. Roger Lancelyn Green was also an acclaimed biographer and his work included biographies of J. M. Barrie, Andrew Lang and C. S. Lewis.

He was also an Oxford scholar, who formed part of the Inklings, a literary discussion group with C. S. Lewis and J. R. R. Tolkien. Roger Lancelyn Green was also a part-time professional actor for a period of three years, from 1942 to 1945. He gained popularity for the books and stories he wrote for children. Particularly famous were his retellings of the ancient Greek and Egyptian mythological tales, so much so that the prolific writer is considered a scholar on the mythologies. 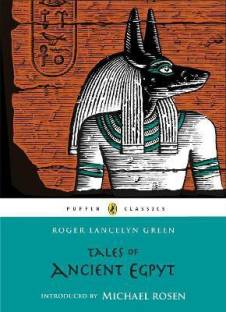 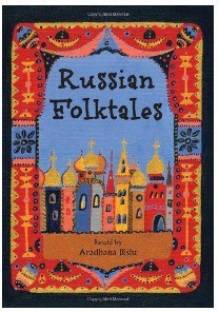 An Excellent Insight into a Mysterious World

Firstly, this is not a collection that is available in many varieties or versions, but yet it captures the environment of Ancient Egypt very efficiently. There are a string of tales arranged in chronological order narrating the stories of Creation of the World, Egyptian Gods, their families, their wars, their joys and difficulties.

Presented in a way enjoyed by both children and Adults alike, this book is the ideal gift to schoolchildren.

Excellent packaging and delivery by FK.