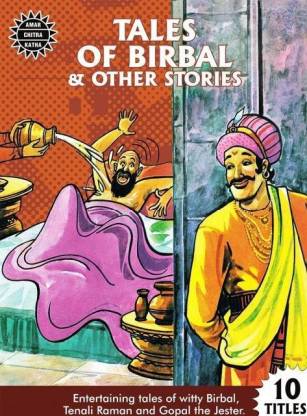 There’s no greater teacher than a prank-playing jester. Amar Chitra Katha’s Tales of Birbal and Other Stories is a collection of witty stories featuring some of the wisest jesters and ministers in folklore.

Kings and Emperors are always right. At least, that’s what they want everyone to think. However, not all of their followers will agree with them. Sometimes, it is necessary to knock a king off his high-horse. But when that act comes with a risk of execution, who could have the guts to try it? Execution and exile has never really bothered the court jester. If the King orders him to never show his face again, one can always trust the jester to return with a pot covering his head, like Tenali Raman. When the Emperor tries to have him executed, the jester will always fake his death and teach him the value of having a comedian around by vanishing, just like the witty Birbal. It doesn’t matter if one’s liege is Akbar the Great or Krishnadevaraya the Mighty, in the face of comedy, everyone is merely a part of the audience. This collection of humourous tales brings together some of the best-loved folk stories featuring Akbar and Birbal, Tenali Raman and Gopal the Jester.

Amar Chitra Katha is an Indian publishing house majorly known for its publication of graphic novels and comics about the Indian mythology.
Several famous titles in these series are: The Mahabharata and Valmiki's Ramayana. 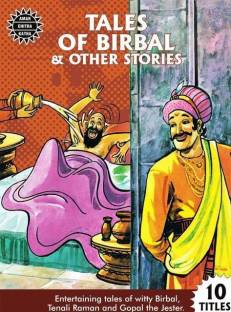 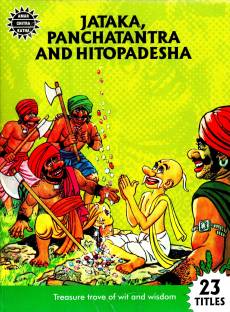 not too much happy from this product .
price is too high and 70 RS for only 32 pages..
bt in offer it will affordable.
But overall story is very interesting.
READ MORE