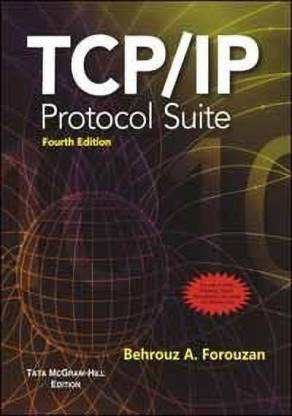 The new edition of TCP/IP Protocol Suite incorporates the most recent developments in the TCP/IP field. It has over a hundred figures and examples related to the real world that help the reader in understanding the various technical concepts.

The Internet protocol suite, commonly known as TCP/IP (Transmission Control Protocol/Internet Protocol), is the backbone of the Internet. It is made up of a networking model and a set of communications protocols. TCP/IP spells out the guidelines regarding the format of the data, its transmission, routing and finally its reception at the destination. The growth in TCP/IP and other networking technologies has made them an integral part of modern life and has given rise to a number of professions. As such, a comprehensive understanding of such technologies is very important for those wishing to make a career in this field.

TCP/IP Protocol Suite has added new chapters introducing the reader to the various TCP/IP layers such as Network, Transport and Application. All the chapters in the book have been reorganised as per these layers. Three chapters are exclusively dedicated to IPv6, the new generation Internet Protocol. Unicode has replaced the earlier ASCII Code throughout the book. It is divided into 30 chapters, each of them beginning with objectives and ending with a brief summary. It has the right balance of visuals and text that aids the reader in a better understanding of the topics being discussed.

The new edition of TCP/IP Protocol Suite that highlights the most important and recent changes in the field of TCP/IP and networking technologies is an essential read for students, professionals and anyone who wishes to make a career in this exciting and dynamic field. It is a handy reference guide for those with prior knowledge of the subject too.

About Behrouz A. Forouzan

Behrouz A. Forouzan is a professor and writer.

Forouzan was born in 1944 and is a graduate from the University of California, Irvine. His interests include networking, databases, programming and computer science. He was associated with the course development for Computer Information Systems at De Anza College. Post his retirement he now lives in Los Angeles.

I have read TCP/IP stacks from the books/eBooks of Cisco, IBM, HP, Huawei etc and there is one thing common in all those, they push in their products, their proprietary protocols details, their proprietary command lines while covering the course. This makes the study boring and confusing.

But this book, is amazing because:
1. It is vendor neutral.
2. Covers every IEEE protocol with intricate details.
3. Explained in beautifully simple language
4. Tables and diagrams are given wherever pos...
READ MORE

This is far most the best books for beginners , Surely the book does not have everything about Digital Computer networks but it enough to build strong concepts . Refer to TCP/IP guide by Charles M Kozierok after reading the book and there is nothing else defined under TCP/IP that a reader would not know .
READ MORE

One of the best books in the market

Great book...Explains networking and protocols very clearly and succinctly.
Would recommend this book to any networking enthusiast and engineer.......
READ MORE

Its a great book for easy reading and grasping concepts. With all major technologies covered, it's helpful for every engineer or network enthusiast out there. I would also recommend reading Computer Networks by Prof. Andrew S Tanenbaum along with this one,
READ MORE

This book is very addictive! :D

Once you start reading it, there is no stopping after that! You feel greedy to learn more and more concepts out of it!
READ MORE

Thanks Flipkart for on time delivery...easy to understand concepts
READ MORE

Good product, received before the delivery date. Thanks Flipkart and the seller
READ MORE

First time disappointed by truecomretail. The page quality of the books is not up to the mark. I've read tcp/ip before and the book has nice quality pages but the one I've received is just abysmal.
READ MORE

0
0
Permalink
Report Abuse
+
All 21 reviews
Have doubts regarding this product?
Safe and Secure Payments.Easy returns.100% Authentic products.
You might be interested in