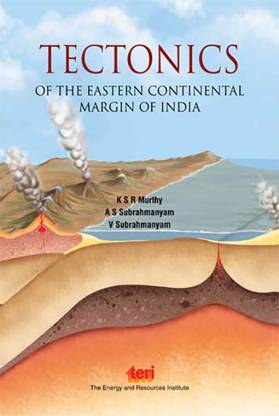 Get notified when this item comes back in stock.
Home
Books
Higher Education and Professional Books
Earth Sciences Books

The book presents the different aspects of a passive margin such as its evolution, tectonics, and associated hazards, taking the Eastern Continental Margin of India (ECMI) as a case study. It discusses the passive margin and focuses on its origin, morphology, structure, and exploration potential; describes the major structural lineaments delineated from the geophysical data over the ECMI; and attempts to explain the geodynamic evolution of this passive margin. The book gives a detailed analysis on the tectonics of the ECMI, with emphasis on the Land-Ocean Tectonic (LOT) lineaments over the offshore basins of Cauvery, Krishnaâ€“Godavari, and Mahanadi. A preliminary estimate on the seismic hazards associated with ECMI is presented in the book. This book will be useful to students of geosciences in general and to researchers in the field of marine geophysics in particular. The basement structure derived from the analysis of magnetic and gravity data over the three offshore basins (Cauvery, Krishnaâ€“Godavari, and Mahanadi) might serve as a useful database for exploration agencies in their search for hydrocarbons. The book is based entirely on data collected over the ECMI and is the first attempt for a comprehensive presentation on the passive margins of India.