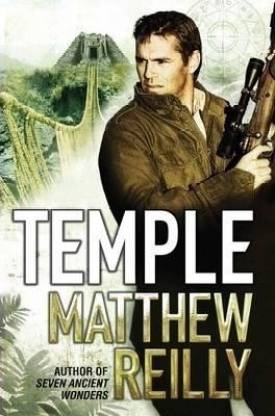 Temple, written by Matthew Riley, is a thriller novel that revolves around the quest to find an ancient Incan idol that threatens to cause major destruction.

Set in South America, Temple narrates the protagonists struggle to find an ancient idol that could be turned into a weapon of mass destruction. Professor William Race is an American linguist from NYU. When the physicist, Col. Frank Nash of DARPA (Defence Advanced Research Projects Agency) approaches Race to translate a Latin manuscript, he is hesitant. But, circumstances force him to change his mind and Race teams up with the other members to find the idol.

The team consisting of Col. Frank Nash, the archaeologist Gaby Lopez, Walter Chambers, Troy Copeland, a physicist, the Green Berets, and Lauren, Race's high school sweetheart, set on a journey to find the Incan idol. When Nash pursues the photocopy of the Santiago Manuscript, it leads the team to the ancient Incan temple at the foothill of the Andes.

The Manuscript provides many vital clues and recounts the many adventurous tales of Alberto Santiago, who was a Spanish missionary in Peru. He was a traitor who aided Renco Capac, an Incan Prince, to escape the atrocities of the Spanish men. Santiago was the man who was aware of the last location of The Spirit of the People.

This highly volatile idol made from Thyrium-261 is being hunted by some armed militia. Switching between the past and present lives of Santiago and Nash, Matthew Riley spins a masterly tale filled with intense action.

Why are the men of the Militia seeking the idol? Will Race and his team find the idol before it is too late? How will Race deal with the Neo-Nazis and terrorists he faces along the way? Will the team members survive the terrifying Rapas? This book answers these questions and more.
Temple by Reilly has remained a bestseller since its publication in 1999.

Matthew John Reilly is a bestselling writer from Australia.

Born in 1974, Reilly completed his graduation from St. Aloysius' College in Sydney. He later studied Law at the University of New South Wales.

He wrote his first book when he was 19. Since then, his books have sold over 4 million copies and have been translated into more than 20 languages. Reilly is a devoted Hollywood fan and has also written the script for a TV show titled Literary Superstars. He was married to Natalie until her death in 2011. 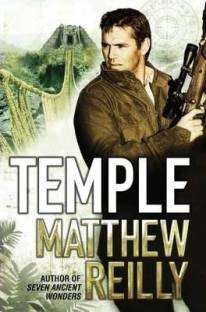 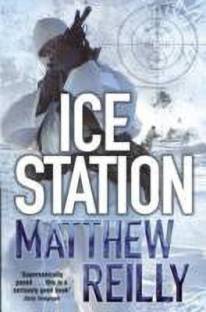 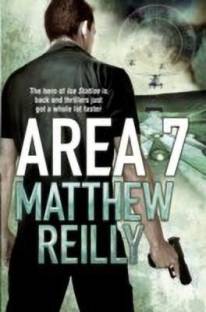 Have always liked Reilly's books, and i ordered this book, after looking at all the review posted... it was worth it....

This is my first Matthew Reilly experience. I read this book in 10 days straight...during my flight trip to my home, at my home, and during my flight trip back from home. You can literally feel the events unfolding in front of your eyes. Thumbs up to Mr Reilly for such detailed research and writing an outstanding novel. It made me buy 3 more of his books...2 of them I have already finished and they were all fantastic!
If you are looking for some old school history and adventure combo, this i...
READ MORE

My friend narrated me the story of "Seven Ancient Wonders" during one of our trips and i was very much interested in reading Mathew Reilly's books. I started with "Temple" and this will be one of my best reads. William Race and Renco Capac were two personalities i've never came through in my life. Not even in Hollywood movies. The whole book was racy, it was unputdownable. I have became a huge fan of Mathew Reilly after reading this one. I have also planned to order other books of this great ...
READ MORE

After reading "The Five Greatest Warriors", I was in love with Mathew Reilly's writing. Temple seems to be more exciting. Although quite thick paperback books, they should not daunt you - if you want action then Matthew Reilly is going to be a good author to keep an eye out for.
Also my first order placed through Flipkart and an excellent service. Delivery in just 2 working days. Thumbs up to Flipkart.
READ MORE

Amazing book!! A must-read for every action and adventure lover
READ MORE

Temple-a must for readers of the eccentric and adventures.

This is the first Matthew Reilley book I read. I was hooked on reading the back side synopsis. My fears were set aside as the book led me into a wonderfully crafted thriller with excellent twists, making me wish for more. A winner!
READ MORE

I completed this book in 3 days straight !! just couldnt keep it down. With so many twists and turns, this book is definitely something worth reading for adventure lovers. Have ordered 2 more of Matthews books already !!!
READ MORE

I'm a hardcore Matthew Reilly fan and Temple is a superb read! It switches back and forth between 2 stories and I just couldn't put it down. The Incan-Spanish flashback is really cool. The over the top action may be a bit hard to digest for first time Reilly readers but that's what I like about his books. Read it!
READ MORE