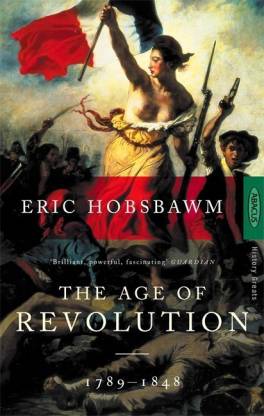 The Age of Revolution is the first part in the seminal work on modern history, The Four Ages of Hobsbawm by Eric Hobsbawm.

Summary of the Books

This book begins Eric Hobsbawm’s Four Ages. In this first book, he covers the time period between 1789 and 1848, giving readers a look into the age which moulded the future through revolutionary movements. He explains his twin revolution thesis, and explains how the situation in the early 19th century is linked to the events of the 1780s and the 1800s. He explains that the world as we know it was shaped by events such as the Industrial Revolution and the French Revolution. He then looks into the results of these events in spheres of life such as land, industrialization, poverty, religion, secularism, science and the arts. The book is an essential read for all students of history.

Eric John Ernest Hobsbawm was a British Marxist historian known for his works on the rise of industrial capitalism, socialism, and nationalism. Dr. Hobsbawm studied at the University of Cambridge, obtaining his PhD. in history. He was awarded the Balzan Prize for his works on history. He has also written The Invention of Tradition, How to Change the World: Tales of Marx and Marxism, and Fractured Times: Culture and Society in the 20th Century. 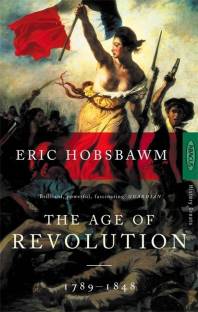 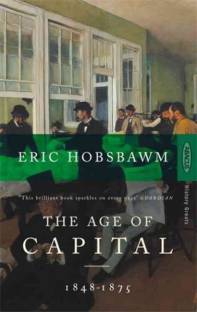 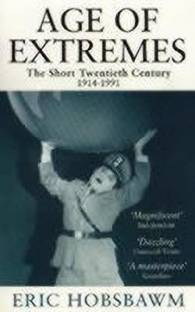 One of the best books I have read so far. The book presents a detailed picture of the world during the French Revolution and anyone who has read the book or watched the movie - The Tale of Two Cities, will find the pieces of understanding of the late 18th century world, falling in the right places and making a complete picture. History throw the eyes of an author like Eric Hobsbawm becomes more interesting and the readers are always left with deep impact after going through his incisive narra...
READ MORE

people with less time for UPSC: just don't buy this book. Though it is an expert essay and the writer is a noted historian, the book is like for an advanced 3rd stage reader who in his first stage has already covered the facts and in second stage has done some analysis of 18th-19th century Europe. An ideal book for UPSC should be something like facts neatly presented first and then analysis done over the same, for instance, Advanced Modern World history by Norman Lowe; however this one takes...
READ MORE

For those interested in learning about the French Revolution and the Industrial Revolution,especially students of Literature and social sciences,this book is a boon. Enriched with references to important historic and literary milestones, it presents facts with great clarity. No one writes about the 19th century like Hobsbawm!
READ MORE

NOT FOR CIVIL SERVICES

well... the book is awesome but the fact is that its not for the civil service exam, neither for the history optional nor for world history in the GS syllabus, the reason is that it has a lectured style.... it has got a very intermingled narrative style... the author tells the history through analysis of various situation... the problem with that the analysis is so intermingled with the major events that you most probably would wonder as to what the author is trying to say!! it confuses thing...
READ MORE

This book is good but it does not provide the details.
READ MORE

The page quality is horrible. Please improve it. The book is a top class wine, kindly don't spoil it. 🤕
BTW Service is excellent as usual . 👌🏽
READ MORE