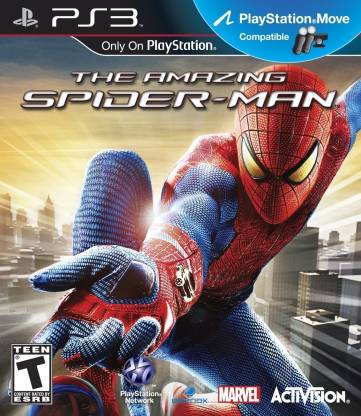 The Amazing Spider-Man (for PS3)

The Amazing Spider-Man  (for PS3)

Your favourite web slinger is back and this time he has a more powerful villain to confront. A single-player action-adventure video game that was developed by Beenox and published by Activision for the PC, The Amazing Spider-Man is a continuation to the 2012 film with the same name which stars Andrew Garfield, Emma Stone and Rhys Ifans.

The storyline follows Peter Parker (Spider-Man) who, months after the Lizard (Curt Connors) wreaked havoc, is housesitting the apartment of Stan, his aunt’s friend. When Peter and his girlfriend Gwen sneak into Oscorp to gain more knowledge about cross-species, the cross-species there react strongly to Peter’s presence and break out of their containment units in a fit of agitation and disperse all across Manhattan after biting Gwen and Smythe. Doctor Alistair Smythe, the new Oscorp director, deploys his security robots to seek and contain the cross-species. Now, with the help of Dr. Connors who is an expert on the subject of cross-species, Peter Parker must battle the cross-species and somehow create an antidote to cure the infected Gwen and Smythe. However, soon after, Connors needs to return to his Lizard form to battle Smythe, who becomes a villain, though if he is successful at thwarting Smythe, who will save everyone from the Lizard? Will Spider-Man live through the ordeal and triumph in battle against the Lizard?

The gameplay of The Amazing Spider-Man sees the player controlling Peter Parker and battling the many cross-species creatures, security robots, goons, Smythe, the Lizard and more. A unique damage system has been implemented in this game which ensures that Spider-Man’s suit deteriorates with his health; Spider-Man will have to return to his hub, i.e., Stan’s Apartment, to heal and repair damages to the costume. Drawing inspiration from the Batman game series, The Amazing Spider-Man offers an open world environment where the player can swing through the nooks and crannies of Manhattan at one’s own whim.

Different costumes can be unlocked along the course of the game by finding different kinds of symbols that are scattered across the expanse of Manhattan and taking photos of them. The combat and navigation have been improved. This game's new Web Rush mechanic lets players pull off a broad variety of acrobatic moves and attacks. Furthermore, the player has to use stealth attacks to quell one’s foes quite often. The player can also collect comic book pages that are hidden across the city; once all of them are collected, the user unlocks a full-page comic book. 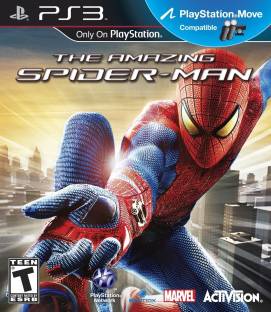 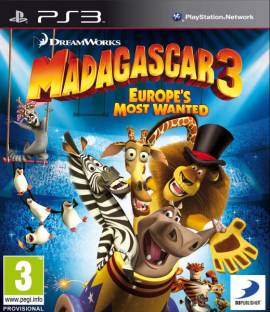 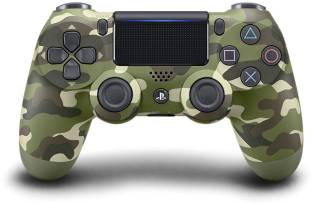 The Best Spiderman Game Ever

This game is a lot better than any of the previous spidey games.
Web rush mode,combat,side missions, and web slinging collectively makes a great game. Voice work could be made better.Its a great work by Beenox. Must buy for all Spider-Man fans.
READ MORE

My Verdict
The game is as I said awesome but I think Beenox can do better by including more and better sid...
READ MORE

The game is really good, watch the IGN review if you dont believe me. I was delivered in 3 days. The game has a free roam feature that makes it realistic. The web rush ability and the span of control over spidy's abilities and over the movement has never before been encorporated to such a level. The game is challenging but not mind bogling. The game stealth features like Batman arkham asylum. Batman fans will love this feature. The span of control which a player has over his character makes t...
READ MORE

The game is really good. It has copied a lot of things from Batman Arkham City like stealth take downs, side missions like people in distress in the city, level ups, map locations, etc.. It definitely lacks the punch of Arkham City, but the game is still quite good overall.. Pretty decent story line, however they could have improvised on some gameplay as it gets a little boring if you are playing it at a stretch.. Overall, good job by Beenox!
READ MORE

best game i have

it has a rich story.this game can be controlled with both move controller and dualshock 3.it has good graphics and the are good nice weapons.i like this game and i will give this 5 starsand the bosses are rhino,scorpion,vermin,iguana,pirahna,black cat,lizard and the robots made by Smythe are S-01 which i think is an insect robot ,S-02 the snake robot and S-03 which is controlled by Smythe.
READ MORE

i am totally in love with this game. the graphics are sooo amazing, just like the title.i really like the concept of web rush and upgrades. this is a free roaming game, so sometimes when i just want to chill out in new York, i leave my objective and swing around. only one complain about the game. why is it soo SHORT !!!!!!
READ MORE

A GOOD GAME TO HAVE IF YOU ARE A SPIDEY FAN

I base my opinion based on the fact that I have played it for a long time.. and have completed it to the full 100%... Story wise its passable...but the side missions gets a little repetitive when you end up bringing in mental patients and sick citizens to hospitals and such.. On a positive note this game has the best Spiderman Graphics I have ever seen.. Its quite fun to swing around the virtual world...
READ MORE

The Name Itself Indicates It Is

The Amazing Game In Spider-Man Series Till Now.
Free Roaming and Web Slinging Activities are continued from Web Of Shadows.

In This Game Our Protagonist(Spiderman) is Bigger(Actually he is in now correct size)Than In Any SM Game.

if any one having a hesitation to buy this game,just Google the TASM game free roam video which is of 4.09 min length and u will now come to ...
READ MORE