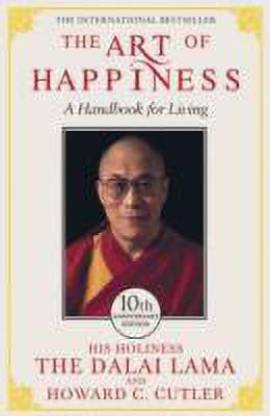 The Art of Happiness (English, Paperback, Lama The Dalai)

The Art of Happiness  (English, Paperback, Lama The Dalai)

The Art of Happiness is a one-of-a-kind book by the Dalai Lama and Howard Cutler, a psychiatrist who interviews the Dalai Lama. The book is about the concept of happiness and how we can attain it.

In this book, spiritual and temporal leader of Tibet and Nobel Prize winner, Dalai Lama tells his readers that happiness is the purpose of life and that every decision we take is to achieve happiness in life. With the help of conversations, stories, and meditations, the Dalai Lama shows his readers how to overcome anxiety, anger, insecurity and discouragement. Together with Dr. Cutler, the Dalai Lama writes about the various facets of everyday life such as relationships, loss, and how to attain inner peace. This book will make for a very engaging and interesting read for those interested in the life and teachings of the Dalai Lama.

Tenzin Gyatso is the 14th and the current Dalai Lama. The Dalai Lama is a high lama in the Gelug school of Tibetan Buddhism. He won the Nobel Peace Prize in 1989, and is also well known for his lifelong advocacy for Tibetans inside and outside Tibet. He was born in Taktser, Qinghai and was selected as the rebirth of the 13th Dalai Lama, two years after his birth. He was formally recognized as the 14th Dalai Lama on 17 November 1950, at the age of 15. He has authored several books including Deity Yoga: In Action and Performance Tantras, The World of Tibetan Buddhism and Ancient Wisdom, Modern World: Ethics for the New Millennium.

Howard C. Cutler is an American author and psychiatrist. He has been interviewed by Time and O, The Oprah Magazine. He has also spoken to audiences and offered workshops to aid in happiness in America and around the world. 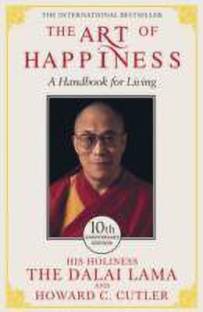 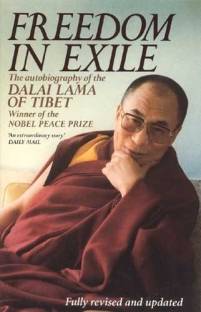 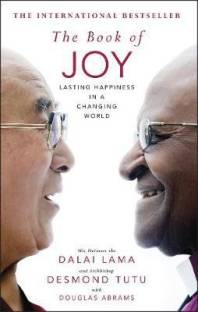 Very beautifully shared exp of both the authors.

Very nice book and a must read for all people irrespective of their religion.
"His Holiness Dalai Lama", Thank you it helped me a lot.
READ MORE

It is a good book to read while in this corona time u are doing nothing productive. It helped me to utilise my time in learning more about this life. I definitely recommend this book, who wants to understand the satisfaction
READ MORE

A book for all ages

This is an unique book in the sense that it brings us a perspective of how to integrate well in the present day society. It does not talk about renouncing responsibilities to stay happy, but superbly brings you to focus on the most important traits or behaviour that need to be controlled to stay Happy. There also suggestions on how to identify these changes needed in our behaviour and how to bring about the change in our day to day life. His Holiness, The Dalai Lama is truly practical teacher.
READ MORE

The book is superb. But you delivered only one book when I ordered two and with great difficulty and after a number of calls I could get my money back. The vendor should be black listed.
Lt. Col. Alok Sharma ( Retired)
READ MORE

The art of happiness

at the moment i am reading this book that i have borrowed from the library, and finding so much truth in HH the dalai lama's words,put together in such a simple way.i am already feeling that i will be happier if i can follow the simple guidelines.i just had to order this great book to keep with me,so i have ordered this book from flipkart.
READ MORE

The paper back is very cheap.
READ MORE