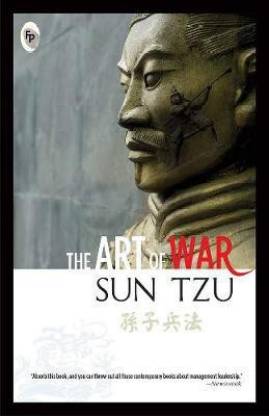 Discover the teachings of one of the greatest generals to have walked the planet, Sun Tzu. The Art of War is one of the most famous and most informative texts on warfare.

The western world has always had a clear idea of what war is. Kill your enemies, destroy the resistance. Hundreds of years ago, a Chinese general found himself at the helm of the army of one of the many small countries that existed in China at the time. Sun Tzu believed in what some would find a counter-intuitive principle. War’s sole purpose and motive was to capture territory and people, not to slaughter them. Sun Tzu's fundamentals stemmed from the game of Go, a game that was rooted in its principles of territorial exchange and superiority. Despite the strangeness of this concept, it would prove devastating to westerners each time they ignored it. During the time of the Vietnam war, the American forces had been swept into North Vietnam in a sort of crusade. The war began with the soldiers being considered heroes. How, then, did it end with the chaotic rallies and riots which demanded their return home? How did the Americans fail even after holding on to better weapons? The Viet Cong followed simple tactics, tactics which were centralized around Sun Tzu’s principles. They didn’t care about killing more people. They cared about upsetting the enemy through guerilla techniques, using spies to gather information and throw their opponents off, and winning territories that mattered. Western warfare said that was a strange and cowardly way to fight. Sun Tzu would have been proud of them, encouraging their actions and calling the westerners mad for even thinking there was some manner of glory or honor in battle. War was only an extension of the policies of the state to Sun Tzu. Its fulfillment was the sole progress of state discussions and requirements.

This book is attributed to Sun Tzu, despite several accounts that it was written even before he might have been born. It contains views on every aspect of military conduct, ranging from movement of troops to the advantage of high ground over low. The book has since been considered to be a definitive text on warfare and on management. Sun Tzu would have found it strangely fitting that battles had moved from the field back into the courtly board rooms of modern royalty. War, after all, is merely an extension of the affairs of the state.

Sun Tzu was a Chinese military general, strategist and philosopher who is said to have lived in the Spring and Autumn Period of ancient China. His actual existence is the subject of much debate and speculation. 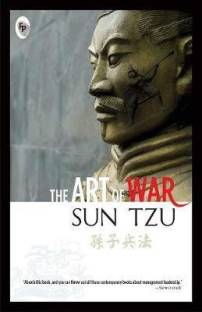 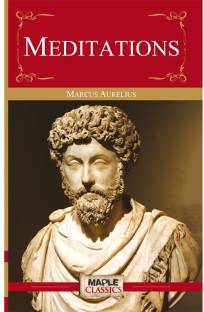 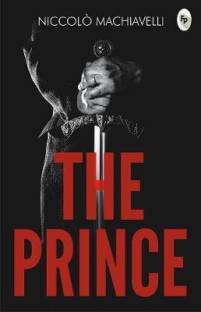 Although Arthashastra and The Art of War have been written on separate topics but I noticed some unprecedented similarities between the two. While the former deals with financial management and economic governance whereas the latter deals with war and military strategy, you can find an awful lot of similarities on the grounds of creation and execution of strategies. Both are meticulous and pristine works discussing on the various aspects of planning and collusion.
The original version of The ...
READ MORE

This is a master piece, a gem of knowledge and wisdom. I am looking for this book for last few months. Recommended by my faculty in MBA class. This book is must for anyone who wants to fight in the battle of life. Though this books is written thousand of years ago, but still it's principles are relevant today. Sun Tzu is a disciple of Legend Confucius and Confucius said that the wisdom of both religion and war is necessary for a man to survive. Please note that in this line the "war" word ha...
READ MORE

A simple Google search can provide you with thousands of links for soft copies for free download- In fact MIT provides a very good translation and free download. However, a hard copy is a hard copy- there is no substitute to the touch, feel and smell of a masterpiece such as this in your hands...
READ MORE

In terms of look and build quality, it is 5/5. The pages are thick and cover looks classy.
In terms of content, the book contains a collection of quotes and one liners on war, administration and peace by Sun Tzu. The book is a delight to read but the depth of each one liner is tough to comprehend for a person new to this genre. The multidimensionality of use and implications of Sun Tzu's philosophy depend upon the iq of reader. Authors tells you destination and milestones of path to achieve ...
READ MORE

Absolutely phenomenal.. the strategies are well advanced and it can be used for personal and mental growth too.. And the best part is it has hard cover page.. thank you Flipkart
READ MORE

If this is what the highly acclaimed Art of War is, then I'm highly disappointed. I would simply say that Sun Tzu was like a college student of our days who was asked to write an exam. So, following the principles of college answers, he made the start and end of the answer interesting and everything in between was "anything" and highly repetitive. Add to that the fact that it doesn't contain anything that a modern day human wouldn't know. Its neither an eye opener nor revolutionary. Its just ...
READ MORE

Okay book wud recommend other edition

This book was delivered on time and in perfect condition . On content part book did not meet my expectation. Since language and presentation of book was not as interesting ..would recommend to buy any other edition except this .
READ MORE

The book is a classic read, no comments on it. The packaging is good. The most remarkable thing was the prompt delivery. The book was delivered the very next day of the order, and the quality of delivery man was also awesome.
READ MORE

Good purchase. Useful for everybody who wants to survive this competitive world and get to be successful than his rivals.
READ MORE

The oldest and the most prominent piece of literature about war strategies which can be used for modern day work environment as well. I had read this book previously and wanted to gift this to my younger brother. Loved it for its cover art... The book is good, the art work inside the book is also gorgeous. Thanks again flipkart for another amazing delivery. Keep up the good work guys.
READ MORE