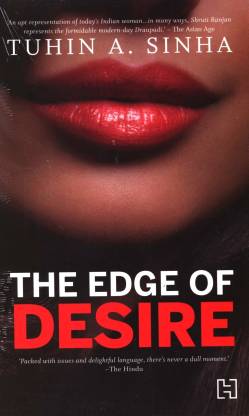 The Edge of Desire (English, Paperback, Sinha Tuhin A.)

The Edge of Desire  (English, Paperback, Sinha Tuhin A.)

Hurry, Only 5 left!
Coupons for you

The Edge Of Desire is a fast-paced and gripping book describing Shruti Rajan’s life and ordeals, and boldly addresses topics like the flaws in the Indian judicial system, gender crimes, the angst of the victims of rape, and many others.

Set in the 1990s, The Edge Of Desire commences with a description of the VIP cell at Tihar jail, where Shruti Rajan was being detained. Shruti, the newly-married wife of Rohit Verma, the Deputy Commissioner of Kishanganj in Bihar, was a journalist who was the victim of a ruthless rape. Her assailant was Salim Yadav, a notorious man with strong political backing.

Determined to seek justice, she encounters only dismissals and postponement at the hands of the corrupt state government. She joins politics to ensure Salim’s conviction and slowly grows to be a champion for women everywhere. She slowly refocuses on improving the nation’s security for women, and works towards changing the rape laws in the country. Throughout her crusade, she faces many emotional and marital problems, and is eventually deserted by her husband as well. The one person who stands by her is Sharad Malviya, a leading politician who takes her under his wings. He serves as her guide and mentor during her foray into the complex world of politics, and supports her steadfastly.

A poignant and inspiring read, The Edge Of Desire chronicles Shruti’s troubled and heartbreaking story, and her fight against the outdated rules of the society and the machinations of politics. Published in 2012 by Hachette India, this gripping page-turner serves as a motivation for all women to stand up for themselves.

About Tuhin A. Sinha

Tuhin A. Sinha is a popular Indian author.

He has authored The Edge Of Power, Of Love and Politics, 22 Yards and That Thing Called Love.

Born and raised in Jamshedpur, Sinha procured a Bachelor’s degree in Commerce from Hindu College, and a postgraduate diploma in Communications and Advertising from the National Institute of Advertising in New Delhi. He published his first book in 2006. In addition to authoring novels, he also contributes to columns in popular publications like DNA and The Times of India, and has written scripts for several popular Indian TV shows. Sinha currently resides in Mumbai with his wife, Ramyani DasGupta Sinha, and their son, Neev. 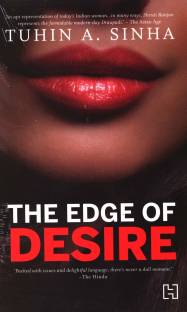 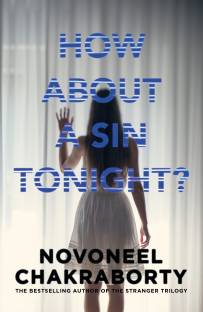 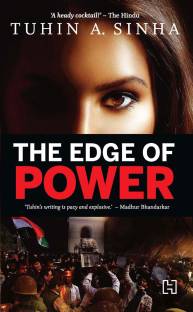 Not for the faint of heart.

Anyone who knows me would know that I don't read much of Indian writing, not because I have something against it (which obviously, I don't) but more because I can't relate to the writing style. However, after reading the synopsis, I started reading The Edge Of Desire, not just with an open mind but also with a lot of interest because the plot seemed to be deep and powerful.

Let me begin with this - Tuhin Sinha's writing is nothing like the stuff I've read before by Indian writers. It's simp...
READ MORE

Tuhin A. Sinha has done a wonderful job in creating this novel. The journey of woman from no-one to someone is awesome. I enjoyed reading her journey. But my enjoyment was short lived.

After about 150-160 pages (half of the story). The turn of events seems irrelevant. The first half of the story is a treat but the other half is like reading Indian history via some documentary files. I had to force myself to finish this story, I lost interest after I finished like 60-65% of it. Most of the th...
READ MORE

The EDGE OF DESIRE by TUHIN , in all is a package for the Indian Politics in a narrative way.It gives us an insight into the atrocities that women get victimized to in the current scenario. Politics, the concept, the rules and games of it is enthralling and always kept people, common man as well as people who run the system, very much fascianted.This marvellous book revolves around 2 characters, SHRUTI RANJAN and SHARAD MALVIYA.The mentor-protégée, relationship portrayed between them is qui...
READ MORE

I had read Tuhin's Of Love And Politics about 2 years ago. What really impressed me, was the way Tuhin had carefully weaved important national issues in a fiction novel. This is a style very unique to Tuhin.
I am glad that with The Edge of Desire, Tuhin has not only lived upto the expectations, but also gone a step ahead. Gender crimes, Kashmir, Naxal problem, India's leadership crisis et all, are all dealt with very intelligently in the book. Besides, you can't not fall in love with the prot...
READ MORE

The Edge of Desire - An incredible novel!

The Edge of Desire is a marvellous read. It may be dealing with politics, rape and other issues, but at its heart, it is a beautiful exploration of relationship dynamics. Be it mentor-protégée, live-in partners, estranged lovers, father-daughter, husband-wife, leader-opposition leader, individual-society, victim-tormentor...and pretty much the entire gamut of relationships that a woman’s life can be influenced by, Tuhin Sinha effortlessly weaves them into an interesting story that makes you w...
READ MORE

This is the best book I ever read. Awesome ….. I read it after liking the previous books by Tuhin. Shruti Rajan’s character will make you think a lot while some times you say, “Yes, she is right!” or “How come she can do that??” or “What now??” or “Why??” Over all I enjoyed a lot with this book.

After completing this book I was a bit upset as it’s done so early. I think this should have a sequel. This book is Recommended…. if you’re interested with politics. All I can say about this book is...
READ MORE

A good read for fun... who has at least some interest in politics...

Nice book to read. Yes, it's more like a political documentary and it seems some of it's story is related to an Indian politician. The hardliner approach and patriotism, policies, strong approach to protect country, but still don't want to hurt innocent etc etc..

In all, a good read just for fun.
READ MORE

The whole gamut of human emotion

We come across a number of books everyday but only few give us the rare chance to read and visualize at a time. The Edge of Desire is one such book.
TEOD depicts the eventful of journey of a young journalist Shruti Ranjan which changes her from a young newly-wed urban woman to a mature, ambitious and a strong woman.
The story gives a chance to the readers to witness Shruti’s pain, grief, love, confusion, her fight for justice and finally her victory. The story narrates how Shruti got entrap...
READ MORE

A Good book to Read

Kudos to Tuhin A. sinha for writing such a Poltical Romantic Story....you can go for this book if you love to read dffernt kind of stories....
And also Thanks to Flipkart for such quick Delivery......
READ MORE

The Edge of Desire

A beautifully crafted book taking into consideration the geopolitical situation. It makes like reading the newspaper. Almost every incident that happens around the country finds a place in the fast paced narrative.Makes a very interesting read. Down to earth. the current scenario in fully exploited in this absorbing narrative. certainly is a very good read. Shruthi comes out as an excellent protagonist supporting and fighting for the feminist cause. A much needed book for the times.
READ MORE

0
0
Permalink
Report Abuse
+
All 48 reviews
Have doubts regarding this product?
Safe and Secure Payments.Easy returns.100% Authentic products.
You might be interested in