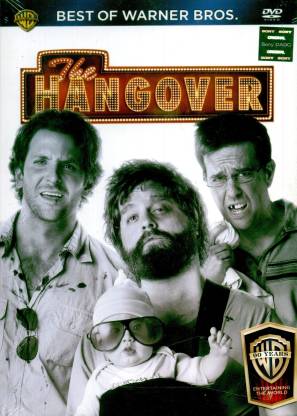 From Todd Phillips, the director who brought to you hilarious flicks like Road Trip, Due Date and Project X, comes yet another epic comedy film that’ll make you laugh till you drop. The Hangover stars 2-time Academy Award-nominee Bradley Cooper of Guardians of the Galaxy fame, Teen Choice Award-winner Ed Helms, Primetime Emmy Award-winner Zack Galifianakis, the sultry Heather Graham and Justin Bartha. The plot of The Hangover follows a group of four individuals who head to Las Vegas to have a ball of a time at a bachelor party that one of their own is throwing. However, the night after the party, three guys from the gang wake up to see that Doug, the groom, is nowhere to be found! Furthermore, the room is cluttered, there’s a tiger in their bathroom and a baby in their closet. What ever happened to them the previous night? And where did Doug go? 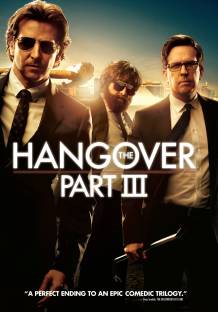 Was a fan of Todd Phillips but now am a fan of the hangover series !!
great movie but ITS NOT THE EXTREME EDITION !!!

its the version censored by stupid CENSER BOARD OF INDIA BUT ANY WAY THE MOVIE IS GREAT AS WELL AS THE PACKAGING AND DELIVERY BY FLIPKART GUYS !!

Enjoy its worth the buy !
READ MORE