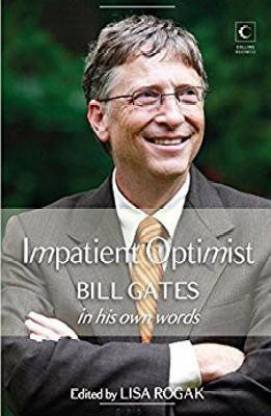 Impatient Optimist: Bill Gates In His Own Words is a collection of quotes by Bill Gates that reflect his personality and are inspirational for the readers.

Bill Gates is a renowned and inspirational name in the world of business. Some call him a ruthless billionaire and others a benevolent philanthropist. Bill Gates is popularly known as the ingenious visionary who made a powerful and ineffaceable impact on the development of digital technology in the last 30 years. Lisa Rogak’s Impatient Optimist: Bill Gates In His Own Words presents an in-depth look at the real Bill Gates.

Bill Gates became the youngest ever self-made billionaire at the age of 31 in 1987. Today he is known as the former CEO and founder of Microsoft. He has been revered as a business icon for over three decades. Although some of his critics call him tyrannical, he is the one who led one of the biggest revolutions in history by understanding the role software would play in the digital age.

Bill Gates retired from Microsoft in 2008, though he is still the non-executive chairman, and took up working full-time at the Bill & Melinda Gates Foundation. He devoted all his time to this foundation and soon the world witnessed a kinder and gentler Gates, who was moved by Third World health and educational issues.

People from all different strata of society look upon Bill Gates as a role model and get inspired by his words and business strategies. When Gates shifted towards the philanthropic world, his second act became grander than his first one. Impatient Optimist: Bill Gates In His Own Words sheds light on personality by drawing material from the media over the last thirty years. It is a unique and exceptional book that uses direct quotes from the great man himself to portray his character and benevolence to the readers.

The book is systematically organized into different categories. The quotes included here elucidate his point of view on numerous issues such as business, philanthropy, technology addiction, Microsoft, money, and most importantly life.

Lisa Rogak is an American author and magazine journalist, who is famously known for writing biographies and other nonfiction books. She has written other books such as Dogs of War: The Courage, Love, and Loyalty of Military Working Dogs, The Man Behind the Da Vinci Code: An Unauthorized Biography of Dan Brown; Howard Dean: In His Own Words; One Big Happy Family: Heartwarming Stories of Animals Caring for One Another; Pretzel Logic: A Novel, and many more.

Lisa Rogak was born and brought up in Glen Rock, New Jersey. Rogak is the New York Times bestselling author of over 40 books. At present she lives in New Hampshire. Rogak has edited quote books on leading personalities like Colin Powell, Barack Obama, and Howard Dean. 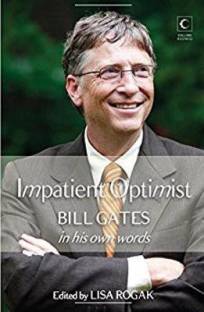 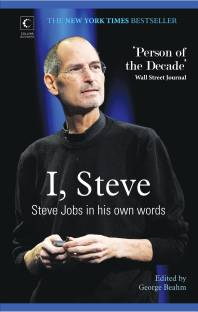 A different take on Bill gates

The book is a different take on how the great Bill gates sees the world and it is not atypical autobiography, but at the same moment it is like thoughts and thinking of the great Philanthropist and also a great businessman. The book start with a brief introduction on Bill gates and then it covers his thinking and thoughts on all aspect of life and living. I would recommend for the readers. The title is taken from a speech in which he say that he is an Impatient optimist.
READ MORE

I purchased the book thinking it to be an autobiography as I wanted to learn how Bill Gates made it big,the obstacles he faced and how he overcame them.
Instead the book is mainly based on extracts from statements/speeches made by Bill Gates on diverse topics like competition,China,marriage,entrepreneurs thought of by the author.
It has additional sections like milestones in Bill Gates life and the last section on citations he has received..more like a dissertation.
READ MORE

Excellent book & helpful for all Small Entrepreneur....
This books is excellent & grateful for all the small Entrepreneur.... this is not a biography, but full of quotation, milestones, citations.... I like the quotes given by Steve jobs & the milestone of Apple.... Must read this book... Overall excellent service from flipkart who is always ahead of their outstanding service. Yes, this book was delivered to me just in 2days...
READ MORE

Great Words ...Spoken by the Master Himself....

An inspiration to many, Bill Gates has always been idolized as a great Visionary, technocrat and Businessman. This books offers a peak into the events of his life and career along with some great quotes said by the man himself. Great Book....
READ MORE

the book is really good to read to enhance the knowledge and also make your point of view more wide open about the society, culture, organization, people around you and also about your thinking process which is really really very important to develop.
READ MORE

Very misleading title - not a good one, not worth it

I thought it will be like a biography or autobiography with leadership traits and innovative ideas highlighted but it was a random collection of quotes. With due respect for Gates, the book is not what I expected. The quotes are also not extraordinary.

highly inspiring quots but i was expecting an autobiography of bills gates..
which include his journey of success right from his high school days to one of the most respectable man on universe...
his charity, innovations ideas picks and valley's of his life...

It is just Bill gates thoughts and sayings don't be confused that it is a short biography.
READ MORE