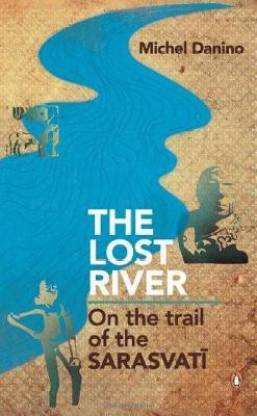 The Lost River is a book that talks about the existence, and eventual demise, of the Sarasvati River. The book puts forth the theories brought about by different explorers and archaeologists.

Sarasvati has been a river that has been very popular among people now. It has been discussed and speculated for years now. The river that once described ancient scriptures like the Rig Veda had suddenly ceased to exist, and nobody knew why. This book is a narrative that insists on the idea that the river still exists, and speaks in favour of it. The beginning of exploration of this river had started around the nineteenth century. Archaeologists have given their own theories about the origin, course and demise of the great river. The book is an interesting read for those who are interested in the history and ancient geography of the river. It combines spiritual evidence, archaeological evidence, and findings of geographers during the nineteenth century. The book is a must-read for students, teachers and researchers who have a fascination for finding out the mysteries of the Sarasvati River.

Michel Danino is an Indian author who is originally from France. He has participated in the translation and publication of Sri Aurobindo and The Mother. He has also edited India’s Rebirth and India the Mother. Michel has participated in the preservation of the tropical rainforest in the Nilgiri Hills. He helped promote the essential values of India’s heritage in every field of life by starting the International Forum for India’s Heritage (IFIH). 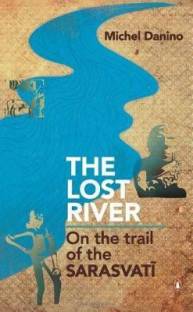 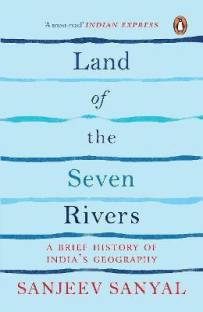 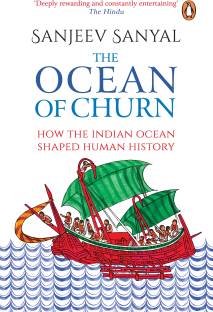 The enticing tale of a 'lost' River, which is the key to many truths about the Harappan Civilization

Found it a most enlightening read. The way Michel Danino traces the 'lost' river's history through our ancient texts, early observations, local lore, excavations, satellite imagery, carbon dating and other modern techniques et. al. is very intriguing to say the least. Also the picture he paints of the Harappan way of life from precise ratios to civic infrastructure to dancing artifacts to the humble red 'paint/teeka' used even today is fascinating. I don't think any history book I studied in ...
READ MORE

A compelling account of history not told elsewhere, free of biases and full of data

I love history books that are validated by data and facts. Historians and writers have too often taken their audiences for a ride, with wildly concocted theories about history. Here is a book that is different. There is lots of data and there are lots of inferences derived from the data presented. The book is written in a simple and accessible style, with plenty of pictures and tables. The story of the civilization that was the precursor of classical Indian civilization, accounts and conjectu...
READ MORE

Michael Danino has gifted us a little gem on the topic which broadly traces the various developements in the field. He offers us an interesting journey through the evolution of the Sarswati-AIT debate incorporating the archaelogical/historical/Geo-scientific/Intuitive inputs. He examines all the opinions on the issue, weighs in the evidences/arguments and juxtaposes them with his conclusions. I found the book to be very absorbing ...
READ MORE

Must-read for all Indian history enthusiasts

The book starts off slowly, covering details of all the rivers and waterways in the Cholistan desert region of India and Paksistan. The author cleverly builds the narrative to pinpoint the actual location of the Saraswati river. His writing seems rather unbiased, citing opinions and disagreements of others, and also explaining his reasons to not agree to some of those theories. Interestingly, the second half of the book delves into the Harappan civilization in detail, the descriptions of Sara...
READ MORE

The debate over the Sarasvati has been going on since decades. This river, mentioned and praised the most number of times in the RigVeda, is central to Indian history and civilization which began with the Indus- Sarasvati Civilization more than 6000 years ago.

Recently, ISRO and others have discovered palaeochannels in the Haryana- Rajasthan region. Also, innumerable archaeological sites have been discovered along the banks of these channels.

It is evident that the Vedas were composed on t...
READ MORE

- " Marvelous" -
For me this is an inspiration. The river, Saraswati, once a mighty river, vanished long ago. Specification of Saraswati can be found in Rigveda and epic Mahabharata. In Vedic time, Saraswati was revered and , positioned among the most prominent river of India ( Ganga, Yamuna, Sutlej etc) . When this river was in full flow there flourished world's most famous civilization known as Indus civilization(or Harappan civilization ). But author call this civilization in other n...
READ MORE

A very good book to understand the Indian roots

What the book is about:-

"Sarasvati" is mentioned in many Rigved hymn clearly as Celestial River which had route from Himalayas to Sindh. It was life giving river of civilization like Harappa and Mohan-jodaro which were flourished in river system of India (Known as Saptasindhu- seven rivers). Sarasvati has very deep routed in Hinduism. In many Vedic hymn still used as Goddess of life. In Puranas, she is transformed as goddess of wisdom, knowledge and science. She turns from river to mystical...
READ MORE

I was en thrilled to learn so much about our History from this book. The author really did a good research before composing this.
This book starts with the whereabouts of the Sarasvati which dried around 3500 years ago and informs us about the Harappan Civilization, how they started and how it ended and who were the actual aryans and their story. It is a great read and provides precious information about the Indian history.
READ MORE

He states his central theory clearly and presents a solid case with references etc. Towards the end he does speculate about some things with no real evidence, but he clearly indicates when it is speculation or rhetoric. A very good book that is accessible to anyone with a genuine interest in history in India
READ MORE

0
0
Permalink
Report Abuse
+
All 40 reviews
Questions and Answers
Q:Paperback or hardcover?
A:Paperback
Varun Kumar
Certified Buyer
0
0
Report Abuse
Didn't get the right answer you were looking for
Safe and Secure Payments.Easy returns.100% Authentic products.
You might be interested in