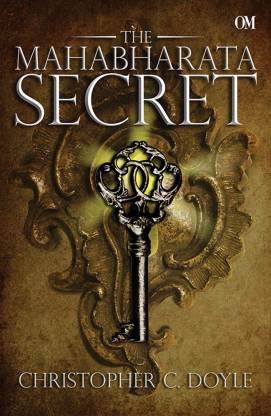 The Mahabharata Secret is a suspense thriller which leads Vijay, the protagonist, to a secret in the Mahabharata which was buried by Ashoka over 2300 years ago.

When the nuclear scientist Vikram Singh is murdered, his nephew Vijay receives four cryptic emails, which lay out a trail of adventure before him. This trail leads to a secret buried in the Mahabharata over 2300 years ago by the great king Ashoka.

Ashoka had uncovered this lost text of the Mahabharata and deemed it too dangerous for humanity. He had therefore hidden it and formed The Nine, a group of great minds entrusted with the protection of the terrible secret. Each of the Nine had been given one piece of the puzzle and thus, none of them could complete it by themselves.

However, one of the Nine had given in to evil, and had murdered each of the Nine one by one. Vikram Singh was a part of this Nine. On his death, he passes on his secret to his nephew and implores him to find and hide the secret before terrorists do so.

In Afghanistan, the Buddha statues were bombed by the Taliban. In the wreckage, they discover something which tells them that the legends of a great weapon in the Mahabharata were indeed true.

Thus, unfolds a race to the secret which could destroy the entire world if it falls into the wrong hands. Who will uncover the secret first, Vijay and his trusted friends or the terrorists? This spine chilling adventure combines history, mythology, suspense and science in the present day world.

Christopher C. Doyle is an author, and speaker.

He has been an avid reader all his life. His inspirations include Isaac Asimov, Jules Verne, H. G. Wells, J. R. R. Tolkien, Terry Brooks and Robert Jordan.

Christopher C. Doyle has a degree in Economics from St. Stephen’s College, Delhi and in business administration from IIM, Calcutta. He has ample experience working in the corporate world and has worked with many multinational corporations. He is also an Executive Coach and public speaker. He currently lives in Gurgaon with his wife, daughter and two dogs. He enjoys reading, traveling, and music. He is also part of a classic rock band called Mid Life Crisis. 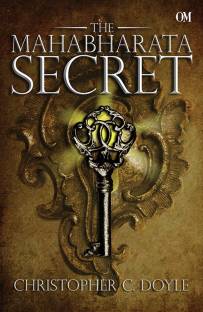 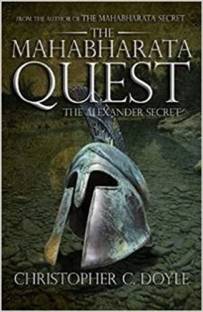 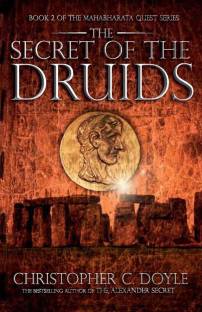 Just completed reading the novel. Definitely should appreciate the work by Doyle, really a great debut novel. But if you forget its a debut novel and write a review, then i think i can give it a 3 star. Reason, is i felt the pace getting slow down many a times because of lot of breakages while starting a conversation and after ending a conversation; even sometimes, conversation seemed sloppy; while solving the clues, the people seemed solving easily rather than with hard thinking, atleast the...
READ MORE

Below average depiction of a subject with great potential

The starting of the novel is undoubtedly appealing but it loses that hold thereafter. You could easily see through the nature of the characters and none of them had any element of surprise or idiosyncrasies to make them stand out. The climax could have been much better or at least should have been depicted with more details to make it more exciting as the reader could have connected to it well enough. One should only read it, if he/she has some spare time and no other options for entertainment.
READ MORE

delivery by flipkart is cool !! i started liking historic fictions after reading the great Krishna Key... but to say frankly this book disappointed to the core.. i have completed this book in 14days the longest for any book for me... better choice is to go for Krishna Key once again rather than wasting your time and money
READ MORE

Wonderful book. It is amazing that how a debutante novelist has created such a thriller. The language is fluid and rich and pace is terrific. It is a real page turner, and the interest of the reader remains intact throughout.
READ MORE

Considerable if you are looking for some bollywood like drama.

The book some how retains a typical Indian's way of writing. I'm not against Indian writing, but if you are a fan of it, it is a book I would strongly recommend.

The secret is a give away although a lot has been tried to keep is unpredictable. There is no smooth transition between scenes. The author has a lot to improve when it comes to grab your attention and keep you glued to the book.

The positives would be the theme itself. It is nice to see an Indian author write about something other ...
READ MORE

The writer needs a lot to learn to write suspense thrillers

This thriller, though promises a lot at the outset, falls way short of it's potential, and the writer has everything to do with it. The writer needs to learn to write a good thriller, and the subtleties of it. The essence of a good thriller is never to give the suspense away, and rather to form it to a crescendo, to keep the reader thirsty and perched, to withdraw just while something is about to be given, till the last, exactly the opposite of what is there in this book. I'm disappointed. Go...
READ MORE

This story is a perfect Hollywood Thriller material. The way the story gets unfold in front of you will make you read from the beginning till the end without giving a second thought.

If you wonder, what this book has got to do with the Mahabharata, you need to read it yourself to find out the answer. There were lots of unexpected twists in the story. There was trust and then there was a betrayal and amidst all the chaos, there was a beautiful love between the two lead characters.

Boy! What a Secret....excellent thriller

The story surprised me with something intriguing each time and it goes on till the end page. A very good book and I recommend you all to read it once because sometimes all you need is to have an eye of a person through which you can see a different world, a different Mahabharata. Watch out for the second part of this series.
READ MORE

great delivery...the book is pretty good..but you may guess the ending a little early if u are a regular thriller reader...still a good piece to read
READ MORE

mesmerized ! totally glued to it's pages ,Unable to put it down,

238 pages in one sitting!!
I totally glued to it by forgetting all my office work,deliveries and client calls .
I usually don't like mythology fiction,mystery,suspense but just got in contact with its first two pages of Day 1 chapter and guess ! I hadn't put it down I skipped lunch and all imp. stuff .
It was really a very mesmerizing experience for me indeed reading mythological fiction is not in my comfort zone .
Thanks for helping me to coming out of my comfort zone and exploring somethi...
READ MORE

0
1
Permalink
Report Abuse
+
All 119 reviews
Questions and Answers
Q:Will i get a bookmark in this order ?
A:yes.....good paper quality
Rucha Dhonddev
Certified Buyer
1
2
Report Abuse
Q:Is this a mythological story book based on the Mahabharata epic?
A:No it is somewhat connected to the epic but it don’t include the characters
Flipkart Customer
Certified Buyer
0
0
Report Abuse
Didn't get the right answer you were looking for
Safe and Secure Payments.Easy returns.100% Authentic products.
You might be interested in