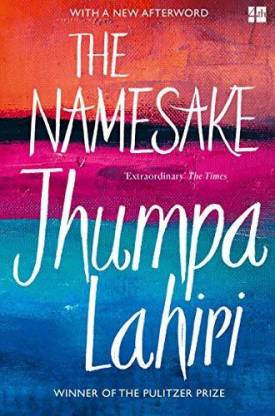 The Namesake is the Pulitzer Prize winning novel written by the acclaimed writer Jhumpa Lahiri. It is the story of an Indian-American boy who dislikes his name, which later happens to represent a conflict of cultural identity.

Ashoke Ganguli and Ashima Ganguli, a couple away from their home in Bengal, are about to have their first child in Massachusetts. While Ashoke Ganguli is studying at the Massachusetts Institute of Technology, the young wife is lost in the alien land with not many around to help her and no friends she could talk to and hang out with. Now, their young boy has to be named by an elder person in the family, as a part of the tradition followed in Bengali families. This honour has been given to Ashima’s grandmother. Due to circumstances, the couple find out that they cannot leave the hospital without naming the child. Ashoke thus chooses the name of his favourite Russian author, Gogol, for time being. But when Ashima’s grandmother passes away before picking a name for her great grandson, the boy remains Gogol. Although he likes his name initially, he starts to dislike it by the time he begins going to high school. And he formally changes his name to Nikhil before leaving for higher studies, and becomes Nikhil Gogol Ganguli. Ashima is extremely unhappy with her son when he starts becoming more of an American, and Ashoke remains quiet about all this until he finds the right time to tell Gogol why he chose that name. The reason behind a name is what constitutes the soul of the story, which changes the young man forever. This timeless story will certainly leave in thoughts that overwhelm you each time you recall it.

Jhumpa Lahiri is a Pulitzer Prize winning Indian-American author. Her books delve into the nuances of family lives and the identity crisis that immigrants face, particularly the children. She was born in London as Nilanjana Sudeshna Lahiri in 1967. Her nickname Jhumpa is her pen name as well. Lahiri's family moved to the United States when she was three and she grew up in Rhode Island. She has completed her masters in English, an M.F.A. in Creative Writing, and a Doctorate in Renaissance Studies. Ms. Lahiri was selected as a member of the President's Committee on the Arts and Humanities by President Obama.  Her first published work, a collection of short stories titled Interpreter of Maladies, won a Pulitzer Prize. Her full-length novels are The Namesake and The Lowland. The Lowland was nominated for the Man Booker Prize in 2013. 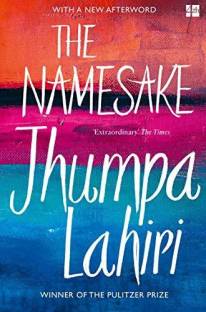 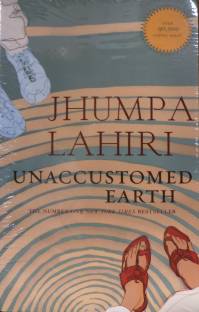 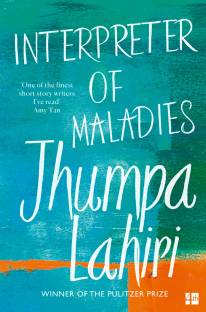 A very well written book. She sets an example for all writers to follow. An amazing flow of story, superb description of characters and in-depth emotions so well expressed. Jhumpa makes all Indians proud. Loved the book.
READ MORE

Can't express it in words

When I completed reading this novel, I was literally in thoughts. It made me think about the importance of a nickname in one's life. Last 20 pages were fantastically represented by the author. Ashima's life and her contribution to the family is impeccably depicted.
It is one of the best writings that I have came across.
READ MORE

Deep Impact on my mind

It is a beautifully written story which moved my heart, the depiction of events from viewed from different perspectives helped me to understand how every character felt.it changed my perspective to life. Reading "The Namesake" makes you want to appreciate the little things in life which we take for granted.
READ MORE

Jumpa Lahiri is an excellent writer. I read this book twice. Full of emotions, nostalgic feelings, changes in two generations, life of Americans as well Indian origin Americans are depicted in this beautiful novel. Lahiri can draw many pictures of nature, city life, characters and everything in her story that you must fall in love with her writings. Must read keep in your book collection. Quality of pages are also good.
READ MORE

Excellent packing and thanks for delivering it with in 2 days. Thanks for bookmark. The novel is amazing and worth a read..
READ MORE

'After college, when you go to a strange place to earn your livelihood. No matter how great job you have, how good your pay is, how much better the standard of living there is, you will always feel a longing for your motherland. You will certainly know a lot about both places, but you will not truly belong to any of them.' This is what i think story trying to tell. This become apparent every time ganguly family goes to India and more so when Asima decides to settle in India. ...
READ MORE

After reading all of the reviews here on Flipkart and also on various other websites, I was very excited on reading this book. But after reading a few pages itself I felt disappointed. I am now half through the book, and I should say it is boring. The plot, the way of writing, the characters I feel all of them boring. For me, trying to finish the book is like a punishment. I feel there is extensive description of the location than on the characters.
READ MORE

The delivery of the book was perfectly on time and the packaging was satisfying too. Overall I'm awestruck to see such quality good books are available here at such cheap prices.
READ MORE