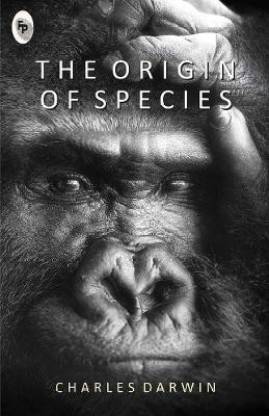 The Origin of Species is a book that was first published on 24th November, 1859. It has been a major influence on the natural sciences and has inspired many literary, philosophical and religious thinkers.

It had been believed for a long time that all living things on earth came in individually. Charles Darwin, naturalist and geologist, came up with the evolutionary theory, which proved that all living beings have survived only because of evolution. He argued that natural selection has helped us survive through the changing environments throughout history. The book changed the world’s understanding of their environment and history, and has even challenged the strong belief in divine creation. Darwin's book is essential for and has influenced scholars in fields of philosophy, theology and history.

Charles Darwin was an English naturalist and geologist. He is best known for his contribution to the theory of evolution. He came to the conclusion that all the species of life have descended from common ancestors. In a publication with Alfred Russel Wallace, he introduced the scientific theory that this branching pattern of evolution was a result of natural selection. 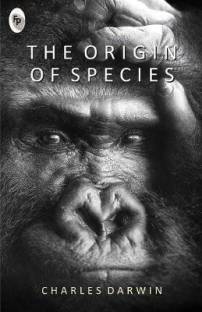 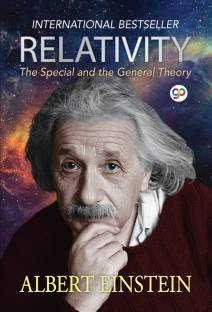 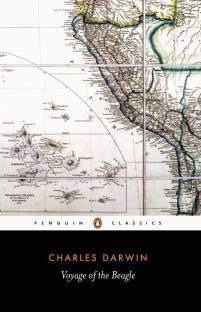 A Work of Genius and Intensive Labour

Charles Darwin faced hell for writing the most revolutionary book in the history of biology. But after finishing this book, I am sure he felt it was all worth it. Mind you, this is not a coffee table book which you can read in one go. You can utilise and enjoy this book fully only if you have a deep interest in biology and are willing to stick through to the end. This product is good in terms of everything and the delivery was prompt. This was a good experience.
READ MORE

FOR THOSE CREATIONIST WHO THINK THAT THERE WAS A GOD ....WHO SAID LET THERE BE LIGHT AND THERE WAS LIGHT , AND HE MADE TREES FOUR DAYS BEFORE SUN AND (I WONDER HOW DID THEY SURVIVE SUCH A DAY).....WELL THOSE SHOULD AND MUST READ.....IN ORDER TO CLEAR THE DOUBTS....THAT SCIENCE IS THE WONDER THAT WE SHOULD BELIEVE IN....AND FOR 21ST CENTURY KNOW .....IT MAY NOT BE FUN CAUSE WE ALREADY BEGAN TO KNOW.....WONDER WHAT EFFECT THAT IT WOULD HAVE BEEN ON THE PEOPLE IN THE PREVIOUS DAY.
READ MORE

No book marks with the book. And it is a bit crippled at sides. But I am happy to get fast delivery. I ordered on 29 and here it is , waiting for the next books. The writing is great. I am not satisfied with the quality but it is ok.
READ MORE

I've delivered by the EKART wish master only few hours ago. It was a late delivery (slowed for an additional day). Since I haven't read the book yet, this review covers only the 'product quality' and 'delivery experience'. I bought the product from Prakash books India private Ltd., a genuine sellers, for a very lucky price of rupees 113 and I'm happy that I could save upto 137 rupees in this purchase. It's a 2020 reprint and paperback edition of Darwin's "Origin of Species" by the ...
READ MORE

It's a must read book for everyone specially for people interested in science.
A master piece from Charles Darwin.
Frankly I don't have to say anything in praise of the book.
All I will say is, the book was well packed and shipped.
The publication and good , the feel of the book is classic.
Quality of the book is great.
All in all must buy and must read.
READ MORE

The Book is fine bound. Font is moderate enough to read. Liked the cover and paper quality. I bought it for 165. Would be a good deal till Rs. 240. Go for it.
READ MORE

As the cost is low, i thought the product may be of low quality. But is realy a good one.
I liked it, its also nicely packed.
READ MORE

The BIBLE of Biology

A must have for every biology student.
Charles Darwin has been an inspiration for aspiring biologists like me and several others. This book is a high level book and include all the meticulously researched and proven principles of evolution as suggested by Sir Charles Darwin.
Amazing Book!
READ MORE

I don't think that seller is genuine or they about customers "Worst ever packaging just they have packed it with a extremely thin plastic, No any protection. The book seems like He(Book) had done lots of stretching exercises & Judo Karate. Apart from content, I've no words to thank Mr. Darwin.
READ MORE

Most important book in history

This edition by Harper Collins is unabridged and full in its contents. There are 604 pages in this edition not 192 as incorrectly mentioned in the specifications.

This book has no parallel when it comes to its relevance to the questions of life on earth and about our origin and identity as a species. Although written in the 19th century it still has much to offer to readers in the 21st century.

A must read for everyone, it's a wonderful insight not just into Darwin's mind but Nature itself.
READ MORE