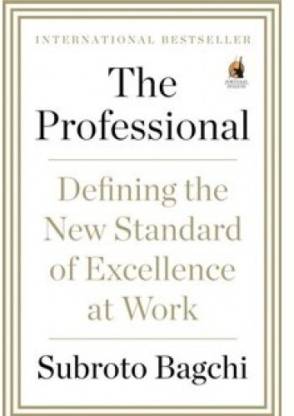 In today’s globalized world where every person’s actions have the capability to make an impact, it becomes all the more essential to understand the meaning of a true professional. The Professional: Defining The New Standard Of Excellence At Work is a guide that helps the reader do just that.

The Professional: Defining The New Standard Of Excellence At Work is an attempt by the author to redefine the true meaning of the term “professional”, by not only focussing on a person’s skill set, but more importantly, focussing on their attitude that is needed to succeed in a globalized world.

The author goes on to say that traditionally, a professional was someone known to possess the right qualifications and the required work experience needed for a particular job. However, he argues that that even though there are thousands of such so-called professionals, they opt to abuse their power for their own personal good. In such a case, there is an inherent need to sift out the best of them from the worst when an outdated definition of a professional no longer works. This is the very idea that forms the basis of the book, and the author calls for a need to redefine a professional who goes beyond mere aptitude and commits to doing the right thing not only for their business but going further and doing it for the entire society.

The book aims at helping the readers attain newer heights as professionals. The author has peppered it with tips that teach the reader ways in which they can stand out as true professionals vis-a-vis merely skilled ones. The book is also packed with advice on how to deal with a career crisis arising out of recessions and business scams. The author, through personal excerpts and anecdotes, guides the reader on the principles and plans of action required to be successful in any field of work that they choose to get into.

The Professional: Defining The New Standard Of Excellence At Work spells out the implicit and explicit code of conduct for someone aspiring to be a true professional in the right sense.

Subroto Bagchi is one of India’s renowned business authors and the co-founder and chairman of Mindtree.

He has authored a number of bestsellers like The Elephant Catchers, Go Kiss The World and The High Performance Entrepreneur.

Bagchi was born on May 31, 1957 in Patnagarh, Odisha. His childhood days were spent in many of the the tribal districts of Odisha owing to his father’s transferable government job. He completed his studies in Political Science at Utkal University. His career has encompassed successful stints in some of India’s flagship companies like DCM and Wipro. After working for a year at Lucent Technologies, he co-founded Mindtree in the year 1999, where he led the company’s marketing, leadership development and knowledge management initiatives. In addition, he also has a flair for writing and was voted as India’s No.1 bestselling business author of 2011. His works have been translated into several regional Indian languages and also into Korean and Chinese. He lives with his wife and two daughters in Bangalore. 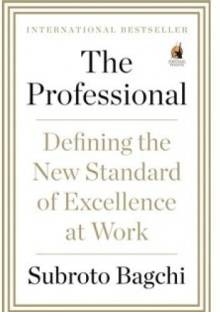 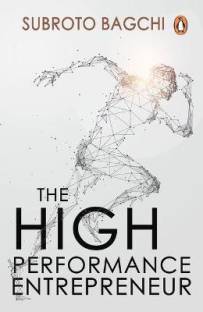 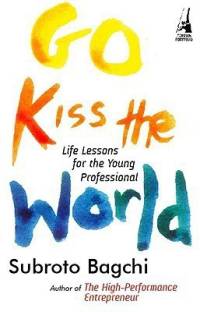 If you think you are a professional..give it a thought after reading "The Professional"

Its a great book with lots of real life examples to set benchmarks for a professional. Content goes in good flow and simple language to keep your interest till last..
A glimpse of the content come from how Bagchi defines a Professional: 1. He should be able to certify his work 2. He should be able to work without supervision and 3. He should work with integrity. Judge your self on these 3 grounds and read the book to find more about Professionalism.
READ MORE

Hii..
The book "The professional" by Subroto Bagchi is really an excellent one which talks all about the new standard with in the work place on professionalism.
The writer basically trying to keep more focus on the today's competitive word and the most important attribute of a professional "integrity" .The small real life examples on different aspect of today's world is really make the book wonderful. The best part is the book is written on targeting all type of audiences who are entering to ...
READ MORE

This is an excellent book. I recommend for everyone who wants to bring excellence at every stage be it at work or home. Excellence is not the things just to practiced at work. It starts from your beliefs, values, ethics etc. Must read for every one.....
READ MORE

For me, the title of this book should be THE BEST!
After raising the bar with his earlier books like Go Kiss The World & The High-Performance Entrepreneur, Mr. Bagchi creates a record with this book (Oh yes, Olympic fever is still there).
Some of the highlights from this bestseller by co-founder of MindTree are as follows.
1. Real facts based on professional life.
2. Easiest language to understand.
3. Clear instructions to follow.
4. Most imp thing he tells is that being professional means b...
READ MORE

A great read for everyone from all walks....

Hats off to Mr.Subroto..Language cannot be simpler than this. Message cannot be greater than this. And the way it is drawn and compared with true stories is amazing . It is a book that need to be read at least twice. First time you go through the titles and read through it. Next round it is to be read word by word.
READ MORE

This book is a beacon of light for aspiring young people looking forward to grow in life and make it big in carrer where values have no value and integrity is tested every day.

There are only a few cult books which will leave an indelible mark on you from the first reading itself. This is one of them.

I had read Subroto Bagchi's "Go, kiss the world" and was captivated by the simple language used. That was a gift from a friend. This book was a purchase (Not from flipkart) by me.

When I started reading it I thought I can finish this in a day or two. However by the end of the first chapter the realization became heavy that this is not such a book. I took full 2 weeks...
READ MORE

The book was received in damaged condition.
READ MORE

Good book worth reading
Everyone should buy this book
READ MORE