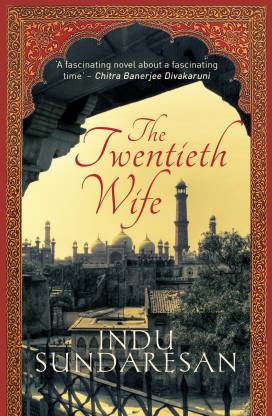 An enchanting tale that transports the reader to the olden days of the Mughal empire, during Jahangir's reign, The Twentieth Wife is the story of one of the most powerful women in Indian history, Nur Jahan.

In 1577, a girl named Mehrunnisa was born to nomadic parents in Afghanistan, while they were en route to the Mughal empire. Mehrunnisa’s father procures a job in the Mughal court in Akbar’s service, and she spends her early years in close proximity of the court. When she first laid eyes upon Jahangir at the age of eight, she vowed to herself that one day she would be his wife. Although she did not know it then, her words proved to be prophetic.

After her first husband, Sher Afghan, was murdered, Mehrunnisa was summoned to Jahangir’s court to serve his step-mother, Akbar’s chief wife. A few years later, when Jahangir laid eyes upon Mehrunnisa at a chance encounter, he was thoroughly smitten and he married her the very same year. To honour the latest and last addition to his harlem, Jahangir bestowed the title of Nur Jahan upon her, which means ‘Light of the world’.

Nur Jahan was well versed in art, literature, music and possessed remarkable courage and strenght. Artfully interspersing factual data with fiction, The Twentieth Wife is an engaging story that follows Mehrunnisa’s journey from modest means, overcoming several obstacles, her foray into motherhood, losing a husband and finally being married to the Emperor, making her one of the most influential women in the Mughal empire by default. It delves into the lives of Jahangir and Nur Jahan, and the immense power of their love. It’s a beautiful and romantic work of fiction that is deeply rooted in historical facts and accuracy.

Indu Sundaresan is an author of Indian origin, and is the daughter of an air-force pilot.

She has authored The Feast of Roses, In the Convent of Little Flowers, Shadow Princess and The Splendor of Silence.

After migrating to America for her graduate studies, Indu starting writing and published her first novel, The Twentieth Wife, in 2002, for which she won the Washington State Book Award in 2003. She currently resides in Seattle, Washington, with her husband and their daughter. 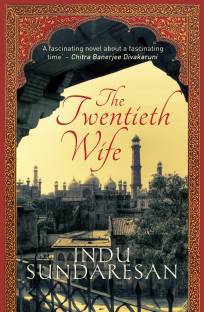 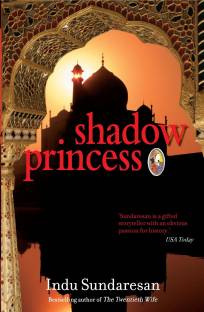 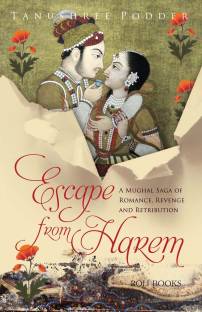 Beautifully written ....... All the characters seems alive . Once you start reading don't want to leave in between . Salute to indu maam for such a wonderful writing.
READ MORE

This is a wonderful book! I was immersed in the grandeur of the Great Mughal empire and most importantly in the engaging story of Mehrunissa and Salim( Jahangir). It is a perfect blend of historical facts and fiction and is a must read for every person who is mesmerized by the beauty and splendor of Ancient Mughal India.

I did not expect it to cast such a great spell on me but as I started reading it, I simply couldn't put it down. I am looking forward to complete my journey by reading the s...
READ MORE

Awesome story telling... A total page turner... Story of Mehrunnissa will surely capture your interest.Indu ma'am you truly deserve a salute to showcase the story of 1 of the most powerful women in the history in such a brilliant way.!!!!
READ MORE

Received my product quickly and safely, Thank you...

Then about the novel ; I had travelled through the 16th century with the Great Mughal kingdom.
Thanks a lot Indu Sundaresan for giving such a cute romantic saga.
READ MORE

I was mesmerized with the writing skills of the author.This book is really fascinating & one won't feel like closing it until the end.After it ends you feel like it should have been a little more longer....One doesn't want it to end.
It's worth mentioning that Mehrunnisa captures heart & it's difficult for the readers to concentrate on the other characters.
The character of Jagat Gosaini is also depicted remarkably well.
All the emotions seem to be happening in front of our eyes.This book is ...
READ MORE

An Inspiring book for a Women

I gifted this book to my mother. She like to read inspiring characters especially from the history which takes back you the past. Hope she loves it.
READ MORE

Salim is the best of the lot

I loved this book...It is mesmerizing and enthralling.... Mehrunnisa's character was so well described and I loved her for the immense love she had for Prince Salim... And Salim, according to me, was the best of the lot... I loved his dignity, his aura, his shrewdness, his romantic nature.... and even his petulance!!! He was such a charicmatic and down-to-earth person...
READ MORE

Tale of Another Era

The book is about Mehr-un-Nisa, the twentieth wife of Emperor Jahangir, their romance, and how they overcame obstacles to get married.
The author has definitely done a great deal of research which is evident from the vivid description and is able to create the portrait of that times. Court intrigues, espionage, harem politics, succession issues - in short all the elements of the Mughal reign are depicted in a lucid style. If anybody is looking for a good historical fiction, then its a good re...
READ MORE

Little is known about the Empress Nur Jahan's childhood and early years and this book does that. It takes you away into a whole new era and romance at that time. All the characters like mehrunissa's father, mother and family are beautifully potrayed. Kudos!! to the author. Just loved this book. Needless to say perfect service from flipkart!!!
READ MORE

The Sun of Books!

Unfortunately, I've always underestimated the power of an Indian writer....
This is the first book I've ever read of an Indian author and I must say..... It was the best experience I've ever had in my life reading a book. I kept coming back to it no matter how much work I had. Written and depicted so beautifully, I would proudly gift it to a non-Indian to show off the great Indian History.
Even though my mum isn't an Indian history fanatic she absolutely loved it! Looking forward to the oth...
READ MORE