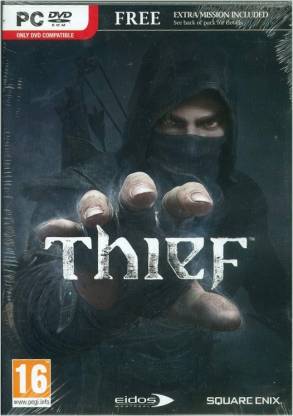 From the apparent nothingness of the shadows will come a master thief who just wants to do one thing - steal. A single-player/multiplayer action stealth game for the Xbox 360 console, Thief is a revamp of the classic game series with the same name and is set in a fantasy world that darkly mirrors the Victorian era. The game progresses in “The City” which is ruled by a despot named “The Baron”. In The City, the rich and more fortunate keep amassing more and more wealth while the poor live a wretched life and hence they rebel often. In the midst of this chaos, Garrett, a devious outlaw who has returned after a long time, sees an opportunity to exploit the well off.

Developed by Eidos Montreal and published by Square Enix, Thief runs on Unreal Engine 3. The gameplay involves you controlling the shifty criminal Garrett himself and making your way through the city while being encountered by many challenges on each level. Violence being a last resort, you have to be as stealthy as a cat and use the surroundings to your advantage to avoid getting caught by the authorities when stealing something of great worth. You have to pickpocket, pick locks, run and jump across from building to building and do much more in order to accomplish your objectives.

Rated 18 by PEGI, this game also features a stealth mode through the use of which the protagonist’s vision is enhanced, thereby helping him to isolate candles that can be put out so the environment becomes darker or highlighting pipes that can be climbed. Time slows down when stealth mode is active as well. Garrett wields a collapsible, compound bow to unleash his array of attacks and a claw to perform grapple moves. 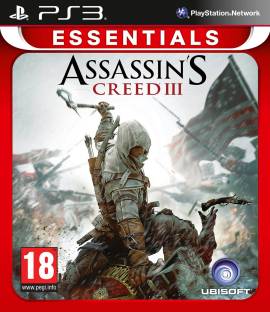 WHAT'S YOUR IS MINE

I really love is game. I love how its make you feel more like a thief. then a brute that can take down thousands of guards. on normal, if you face two or more guards. you are probably dead. this game is true stealth game i love it..

Great Game but only for gamers who like stealth

this game is great if u like stealth and by that I mean absolute stealth. don't expect that u will face 5 enemies and finish them of with ease and continue ur mission. the ambience is dark and mysterious and u always have to be alert and the whole city is a maze. enemies can feel ur presence even in dark if u are in front of them and this actually makes the gameplay difficult even on easy mode. Patience and timing of ur movement is extremely important and at the same time u have to keep in mi...
READ MORE

This is what it takes to be a thief eh xD

this game is simply awesome stealth fun so it needs a lot of patience like a ninja hiding in the shadows haha yeah its pretty cool anyway i preordered it and the pack included 3 discs and 2 keys 1 for the bonus dlc and one for the game.Both are for STEAM so i happy gg over and out xD
READ MORE

i just installed this game and played it and THERE IS NO MULTIPLAYER.

overall the game is good but not as good as we gamers expected it to be.
it really puts you in the shoes of a thief and the experience is good.
keeping in mind that it is only a 1000 bucks,I think it is worth it,according to me you should buy it but keep in mind there is no multiplayer it is just a whole "challenge mode" shit where you compete in the leaderboards,but you cannot play it with friends.

THANKS
well if i helpe...
READ MORE

better then imagination ..looks like we r real theif

its a great game .. love the graphics no money waste ... its working like COD .. we walk n run everythin like them...
READ MORE

My 4th Best THIEF Game in a ROW

This one is simply AMAZING... I do not know how many people have played the previous versions of the Thief games. But i'm playing thief series for more than a DECADE now..
First the Flipkart did a timely and a satisfying Home Delivery.. Thumbs up..

Thief is definitely a superb stealth game. Regardless of what other fanboys might say,take my word and buy thief. This game allows you to well,-thieve.Many different surroundings and many different types of environments.You have everything from horror to drugs to violence,swearing and intimate features.You control Garrett a master thief who has a mission to save a city and discover a truth that might change his life.

my favorite stealth game Thief is released. thanx to flipkart for their awesome delivery just within 3 days.
the game is awesome to whom who like stealth game. system requirement is not so high.
the only drawback i see the movies r little bit slower. the speech didnt follow the lips. above all this is a very good game.
READ MORE

Being a stealth enthusiast, I would say this is a nice game. But remember this, only for people who are hardcore about stealth would like it. The voice acting is bland and the Predator mode is good for only the creatures from the shadows. Apart from that, the story also seemed to be bland. The only way to enjoy this game according to me is to remove the checkpoints and everything thereby increasing the difficulty(custom difficulty) and then play.

Thanks to Flipkart for quickly delivering thi...
READ MORE

thief play as ghost or predator..

I really love is game. I love how its make you feel more like a thief. then a brute that can take down thousands of guards. on normal, if you face two or more guards. you are probably dead. this game is true stealth game i love it..
talking about delivery and pakeging..9/10
game graphics...9/10 too dark.
story.....8/10
gameplay....6/10(to much stealth not for assassin fans)
READ MORE