Nerf is a U.S. toy brand popular worldwide for producing top-quality toy weapons. The brand is popular among parents and kids alike not only because of its quality foam-based weaponry but because of its rigorous safety standards followed in producing toys for children. Nerf guns are a hit among young boys who enjoy active game time. If your boys have been insisting on a toy gun, you can check out quality guns from brands for irresistible discounts and sales. The Disruptor Elite Blaster, 6-Dart Rotating Drum is suitable for children eight years and above. This quick-draw blaster has a rotating drum that can hold up to six Elite darts. The N-Strike Elite Firestrike Guns & Darts is a battery-operated model made of child-safe plastic. This lightweight toy gun can fire darts up to 27 meters and features a light beam so you can aim with precision. Another popular variety is the Nanofire Green Guns & Darts, which is compact in size and easily portable. The N-Strike Elite SurgeFire Guns & Darts and the N-Strike Mega RotoFury Blaster Guns & Darts are some other options you can check out for your little ones and teenagers. Both varieties can fire darts up to 27 meters. Browse online and check out Nerf guns’ prices in India. Make sure you check out offers on Nerf during The Big Billion Days. 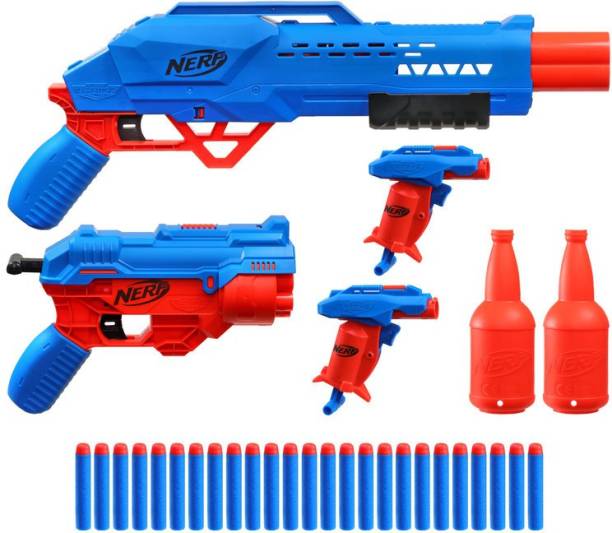 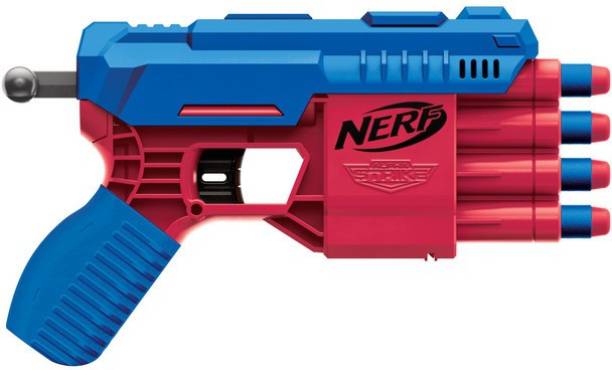 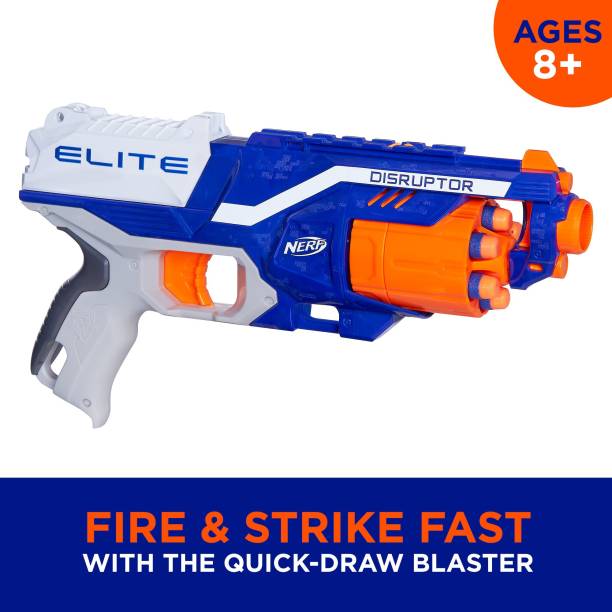 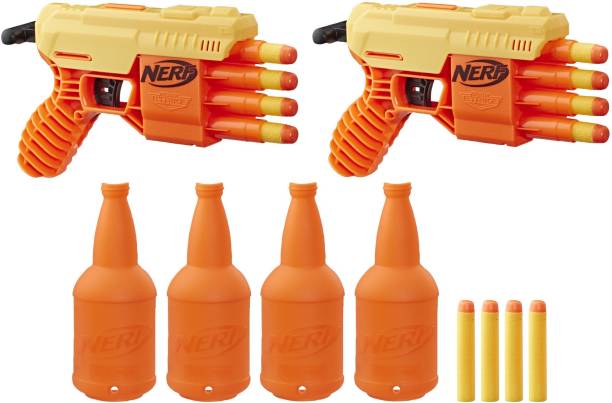 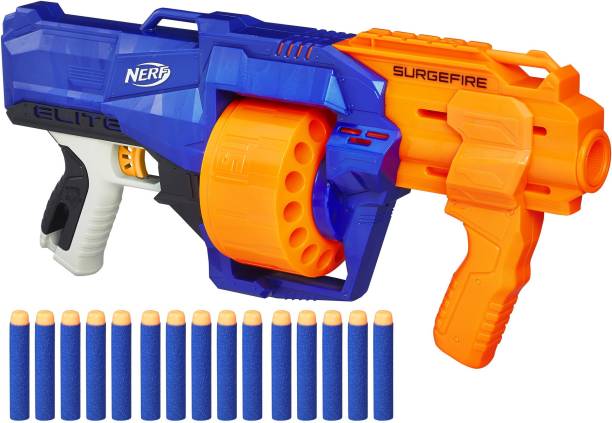 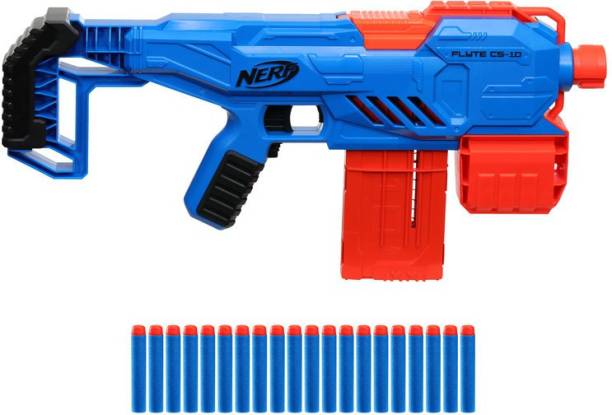 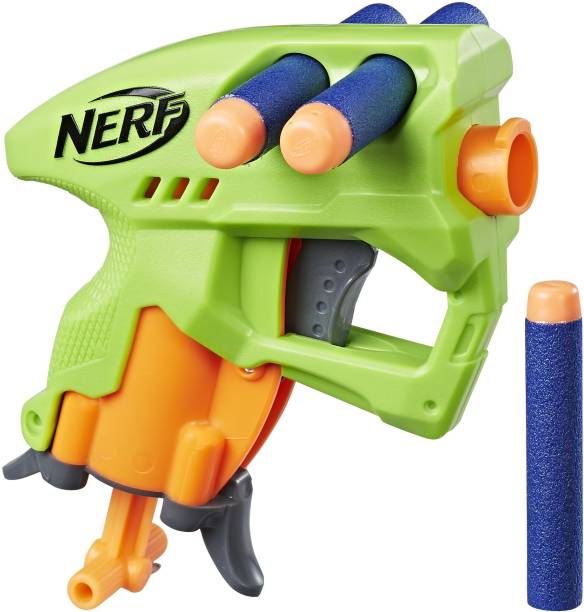 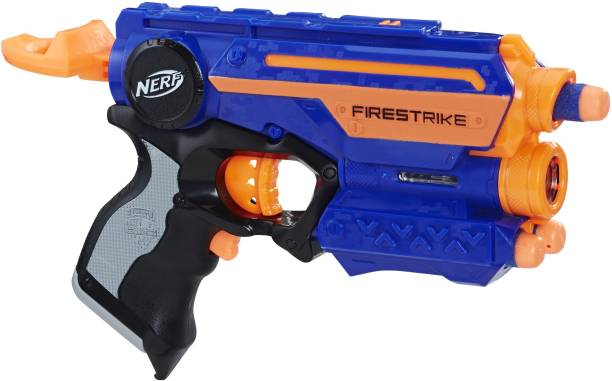 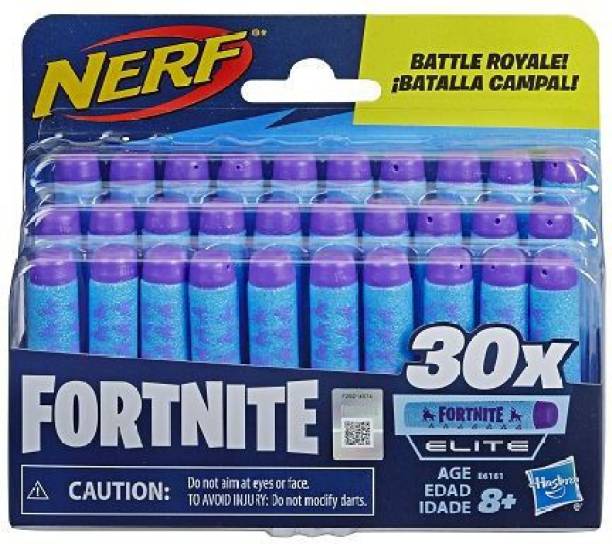 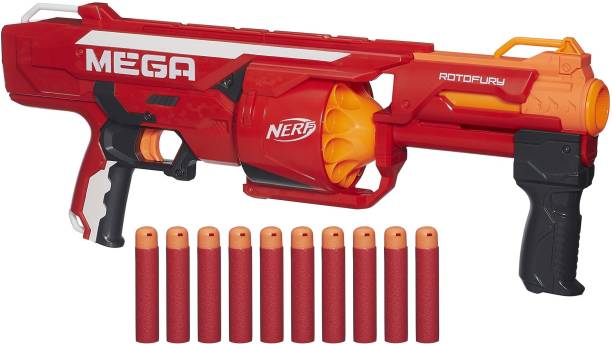 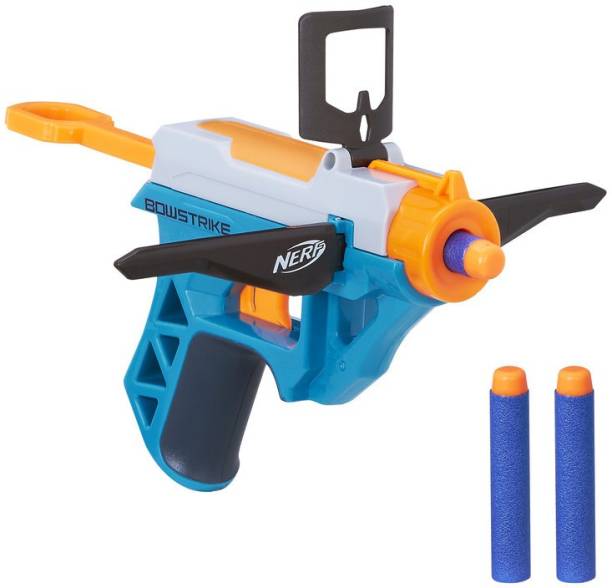 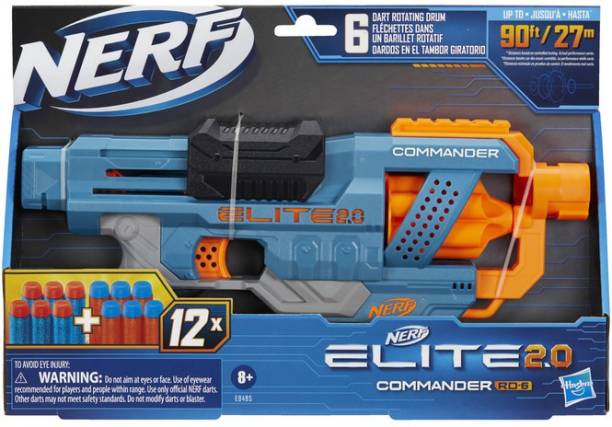 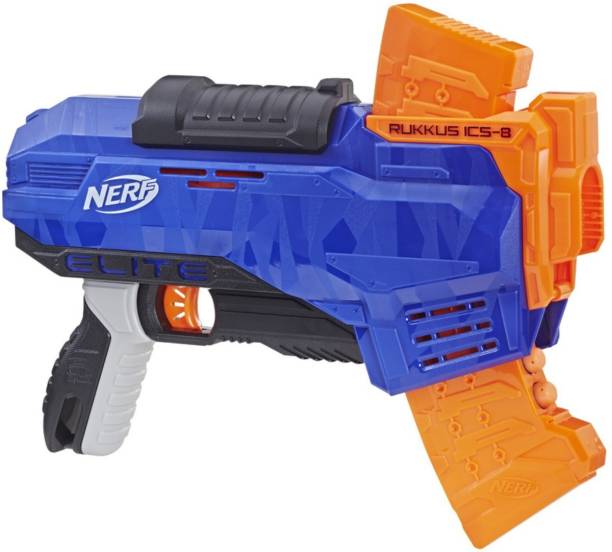 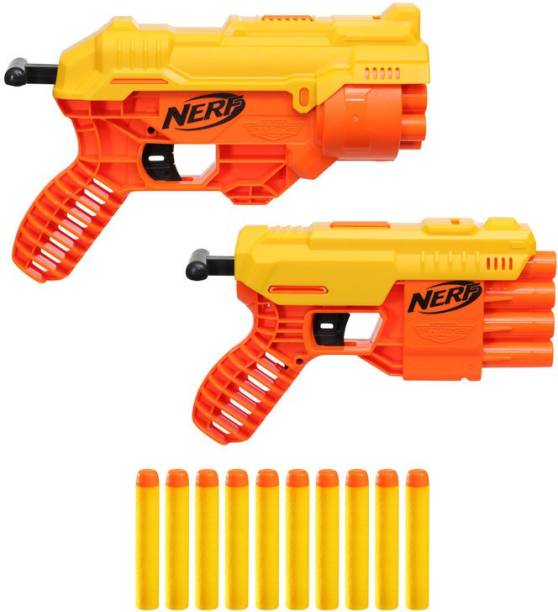 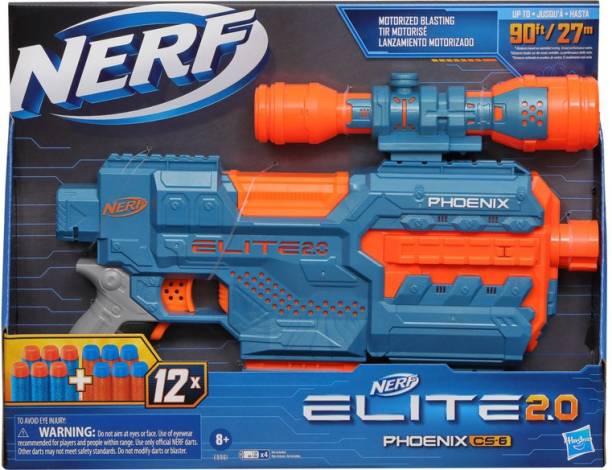 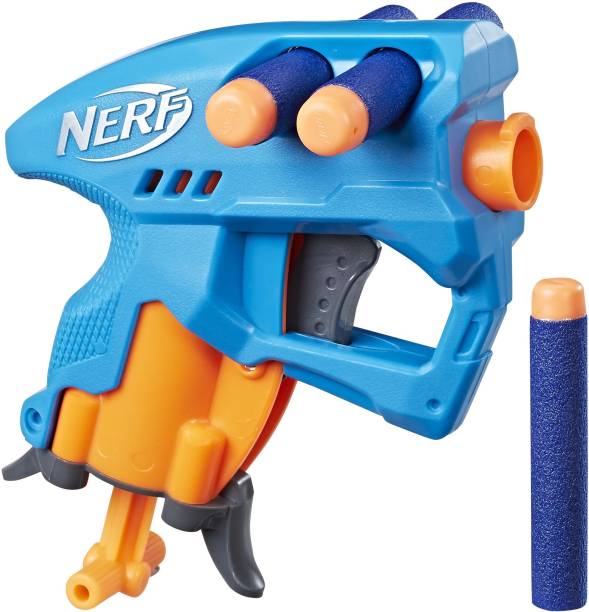 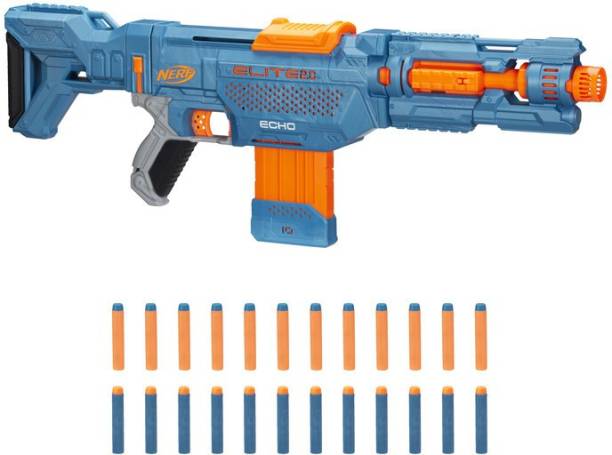 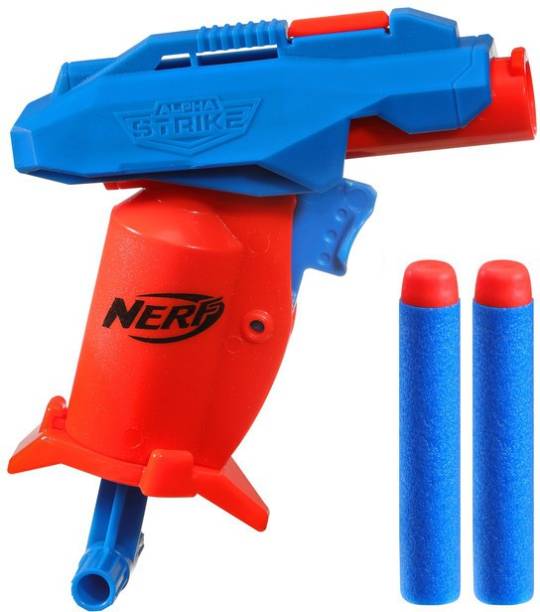 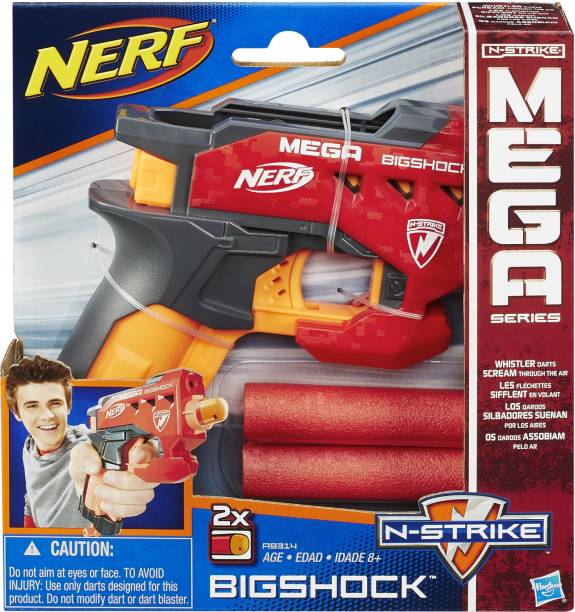 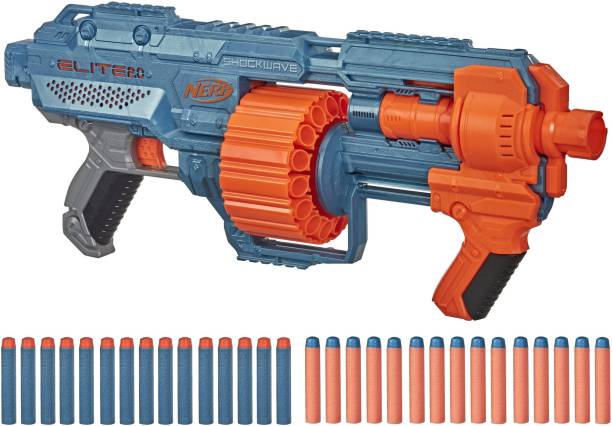 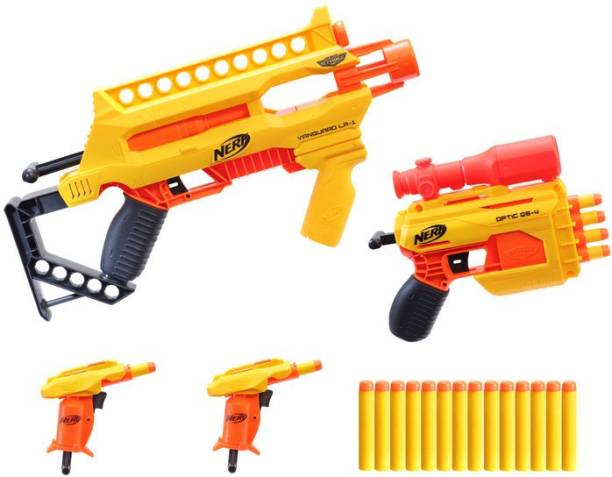 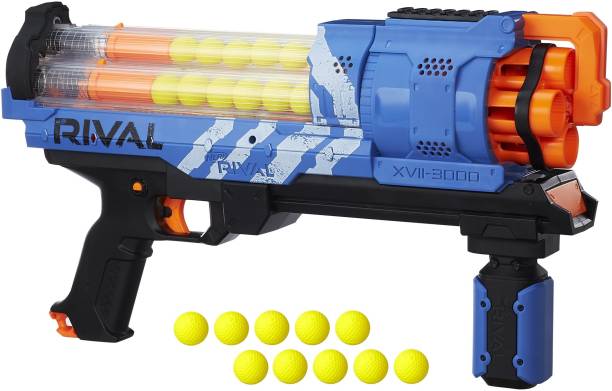 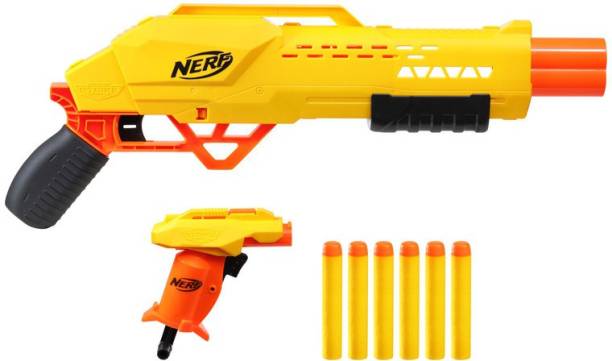 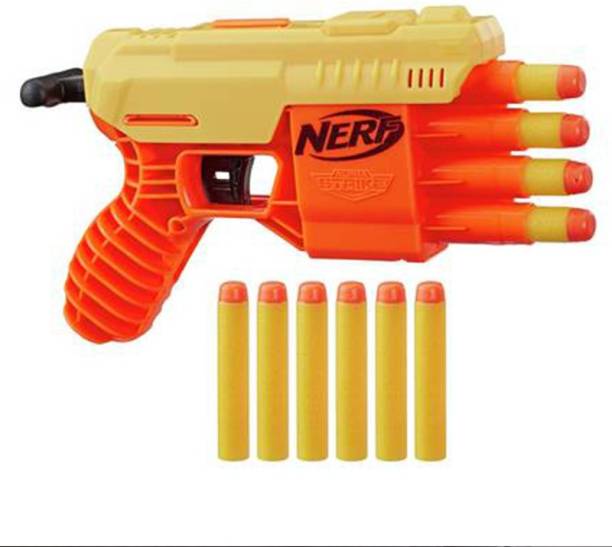 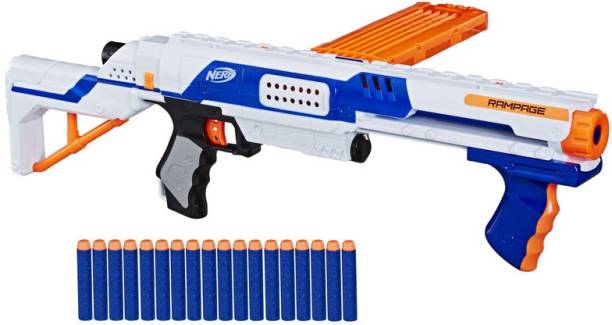 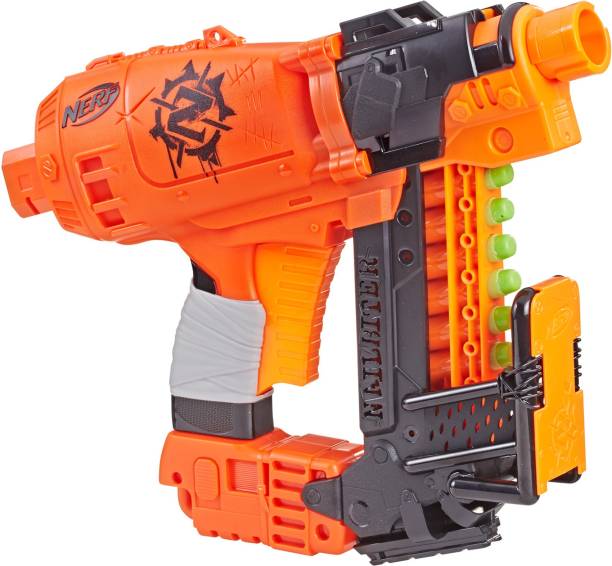 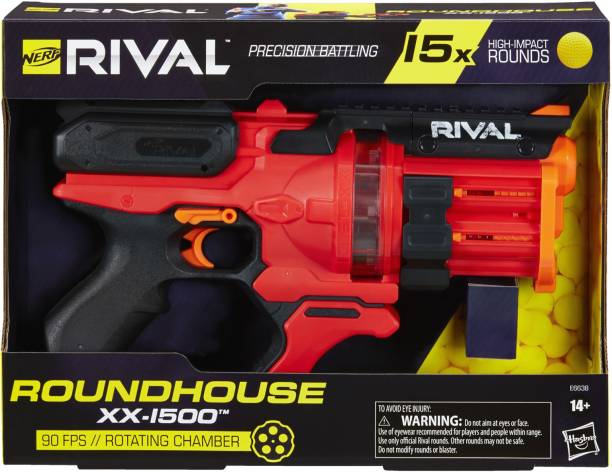 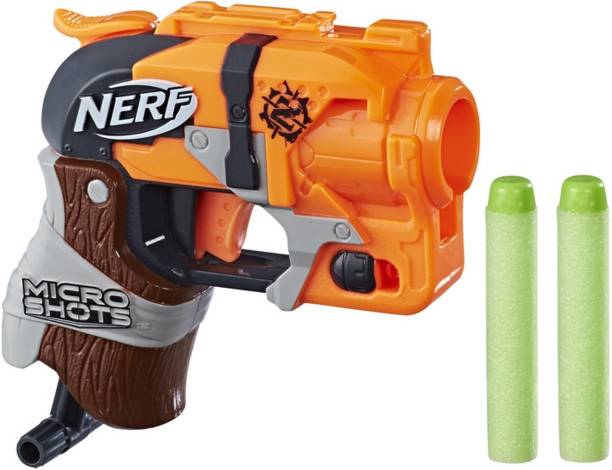 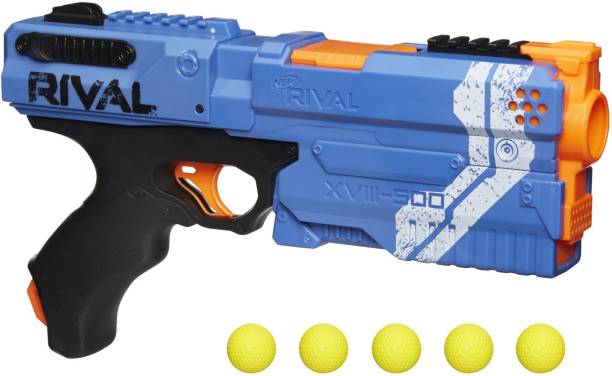 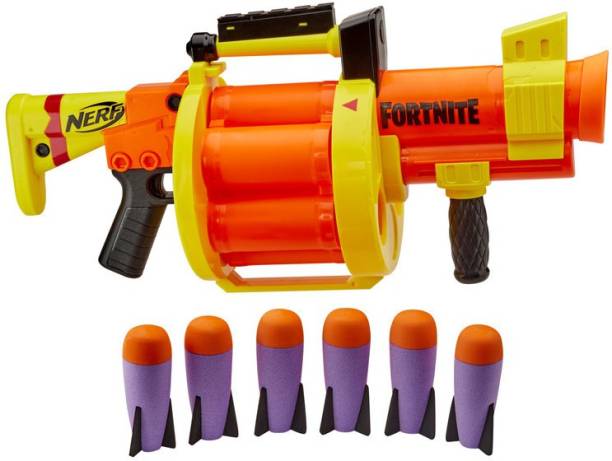 Good one ... bigger one ... cheaper one
Read full review

Very nice product we purchased it for my 3 old son and he was very happy and the product is very gud I would recommend it to all to buy it ....best gift for ...
Read full review

A good product from Nerf

I bought this gun after a lot of deliberation over my choices viz., Nerf N-Strike Elite, Nerf Strongarm and a couple of similar products from Nerf. But now I...
Read full review

Amazing product with great quality material for the gun. The bullets too provide safe but adventurous fun.
Read full review