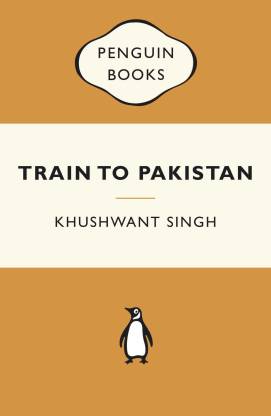 This is a novel that depicts the effects of the horrific events surrounding the Partition on the lives of ordinary people.

It is 1947, and the country has gained independence. There are celebrations going on around the country. Side by side, there is an outbreak of communal violence in many places as the country is being divided into India and Pakistan.

But none of these find any echoes in the small village of Mano Majra in a remote corner of Punjab. The village is isolated from outside events, and its Sikh and Muslim communities live in complete harmony, and have done so for years.

The village politics is dominated by Hukum Chand, the district magistrate, who manipulates all activities in the village for his own benefit. The police sub-inspector of the village is also under his thumb.

Juggut Singh is the village baddie, who is always in and out of prison for various petty offenses. He is in with all the local gangs. But, underneath it all, there is a streak of stubborn loyalty to his own people in Juggut.

A decision is made to transport all the Muslim inhabitants of the village to Pakistan. The villagers themselves are baffled by this decision. They have been living as brothers and sisters for years. Why should a section of the population be forced to leave now, just because they belong to a particular religion?

Outside events slowly penetrate and influence even this little village. A Hindu money lender is killed. Meanwhile, a trainload of bodies, of Hindus and Sikhs killed in riots elsewhere arrives at the village.

Religious fundamentalists, and people who have suffered first-hand the horrors of the events surrounding the Partition begin to arrive at the village. Their heart is filled with hate and thoughts of revenge.

Gradually, the madness spreads to the villagers too. The bodies in the train enrage them and the newcomers add fuel to the fire. The Inspector who has been sent on a special assignment to oversee the transport of the Muslims on the train and to maintain peace is faced with a dilemma.
The moneylender who has been murdered is a Hindu. He was not killed for religious reasons, but the heightened tensions in the village means no one is willing to listen to the reason. To appease the villagers, he decides to arrest Juggut and a political activist named Iqbal, both of whom he knows have nothing to do with the crime.

He learns of a plot to attack the train carrying the Muslims to Pakistan. In desperation, the Inspector releases both Juggut and Iqbal, hoping they would somehow help him to stop the violent mob.

This is a vivid portrayal of human behavior in times of tension, the breakdown of all social and moral norms, when mob hysteria is stirred up. Through the community of Mano Majra, the author offers a peek into the psyche of the people, and how people who have been living calmly together for centuries can be turned against each other in the blink of an eye.

Khushwant Singh is an Indian journalist and author, one of the foremost of the Indo-Anglian writers.

Some other books by Khushwant Singh are Delhi: A Novel, The Company of Women, A History of the Sikhs 1469-1839 (Volume -1), Truth, Love & A Little Malice, and The Sunset Club.

His writings are known for their scathing satire and acerbic wit.

Khushwant Singh was born in Khushab, Punjab in 1915. His father was a builder and his uncle has served as the governor of Punjab and Tamilnadu. Khushwant Singh studied at St. Stephen’s College in Delhi and King’s College, London. He then Studied for the Bar at the Inner Temple. He has had extensive experience as an editor and as a journalist. He has been the editor of many of India’s leading publications like the Illustrated Weekly, National Herald, and Hindustan Times. He served as a Rajya Sabha M.P. in the 1980s. He returned his Padma Bhushan award in protest against the army’s invasion of the Golden Temple. He currently writes a column, With Malice Towards One And All, which is featured in many publications across the country. 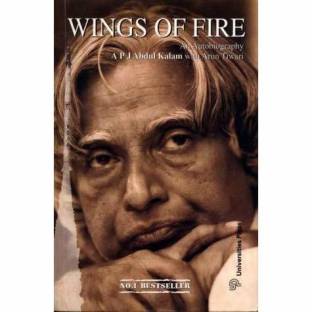 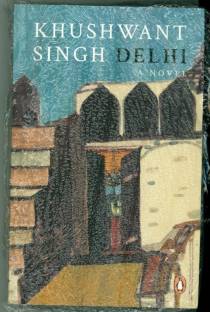 I read Train to Pakistan years ago, right back when I was in college. I can still never forget the novel, which is undoubtedly one of my favourite Indian novels in English.

Khushwant Singh is a daring story-teller. He manages to remain one of the few who refrain from much of the linguistic pomp, glamour, and political pretense that dogs Indian English writers.

His language is simple; his message is startling. The novel is based on the time when India won independence, and when the partition...
READ MORE

Only Kushwant Singh can write a book like this.

This is my first purchase from flipkart. I am happy with flipkart's delivery. The packing was extremely good. It reached within three working days, well before the mentioned delivery date. No one can beat flipkart when it comes to the quality of delivery.
To say about this book, not many authors can write from their heart. Kushwant Singh is one who can do it all the time. The way he explains the nature of each character is breathtaking.
He has taken extra care to clearly paint our imaginatio...
READ MORE

I read this fictional book, just to get the idea of describing the incidents of the partition time and i'm glad that i chose this book, it was a perfect read, and i now understand that this story although comes under fiction clearly signifies various incidents that took place during the partition, This book shows authors skill in writing and sure shot of expressing thoughts, the various ideas expressed, the confusion in an individuals' mind are perfectly portrayed...
READ MORE

This is a good option to enrich your literary treasure during free time.
READ MORE

excellent work by Khushwant singh in the book .Describe about the village near the border, village's people were living very happy life untill the train full of corpses arrived in village..........
Excellent work ,read the book ,you will get the idea of the drastic conditions
READ MORE

I received the book today. It is well packed and also in good condition but the paper quality is moderate. But in this price range it is acceptable. Overall am satisfied with the service. After reading will give complete review on its contents also.
READ MORE

First I wanna thank to flipkart. They delivered my product within three days. 'Train to Pakistan' is my first book by Khuswant Singh. I must say he is a terrific writer. He has nicely elaborated the whole fact. One can easily visualize the entire story after finishing the book. Everyone must read this book.
READ MORE

one of the best book I hv ever read. The book portrays ancient Indian lifestyle and depicts the story of a tiny Village Mano Majra. Khuswant Singh's writing has won many accolades and Train to Pakistan is one of them.
READ MORE

The crisp and concise size of the book aroused my interest, being an average reader
But I was glued to the book and kept thinking over about what would happen next when I was away from it.
In its entirety, the book is a masterpiece of fiction with a great touch of reality as it gives you goosebumps while talking about the horrors of partition
Must read for everyone!
READ MORE

Khushwant Singh Ji you are a true legend

1. A great book by a great author (believe me if you start reading it you will forget everyhting around)

2. Extreamly fast delivery by flipkart (received it within four days)

Every book lover must buy it.
READ MORE