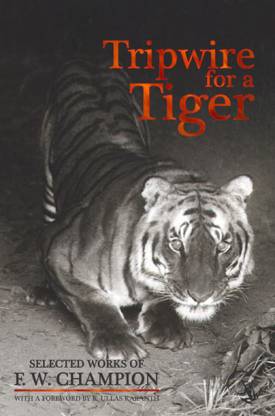 F.W. Champion's extraordinarily advanced views on the conservation of forests and wildlife are, even now, strikingly relevant. This new edition with 24 chapters makes accessible a collection of some of F. W. Champions best writings and photographs, selected by his grandson, James Champion. It also includes a revealing and touching biography.

‘Tripwire for a Tiger’ is a well-produced and neatly packaged book. It contains 24 articles, arranged chronologically (1926 -1961) and has several of F.W.C.’s famed photographs. My favourite article is the one about the (then) plentiful vultures — ironic that it took less than a century to reverse the situation. Present-day Indian wildlife photographers would do well to read the chapter, Perfect Pictures Hard to Get, and our wildlife administrators and foresters would benefit from the chapter Preservation of Wildlife in the United Provinces.
— Bikram Grewal

Naturalist, wildlife photographer, forest officer or conservationist ? if you are going to buy just one book this year, get this one. ‘Tripwire for a Tiger’ is nothing less than a collector’s item. It's not just Champion’s wonderful imagery that has stood the test of time, his conservation philosophy is as relevant now as it was during his day.
— Shekar Dattatri

Jim Corbett rightly says that had F.W. Champion shot his tigers with a rifle instead of a camera, his trophies would long since have been consigned to the dustbin... he even acknowledges that he started to shoot tigers with a camera, and not a gun, only after looking at Champion’s photographs. Wildlife photographers and enthusiasts and every serving Forest Officer should have a copy of ‘Tripwire for a Tiger’, written by one of British India's finest foresters.
—  A.J.T. Johnsingh

Tripwire for a Tiger is a well-produced book, a wonderful read and contains some of the author’s eminent photographs. To me, this book is an unexpected gift. It was as if an author much admired and sadly long gone had come to life again.
—  Prerna Bindra

About the Author
F. W. Champion was well known for his pioneering wildlife photography in India in the 1920s and 1930s. Using primitive tripwires and flash, he obtained some of the first really remarkable photographs of tigers at night. He also wrote stirringly of the creatures in the Indian jungles, from tigers, leopards and wild elephants to squirrels, nilgai and vultures. He published two popular books: With a Camera in Tiger-Land in 1927 and The Jungle in Sunlight and Shadow in 1934.

He was a rare early preservationist, at a time when it was far more fashionable to look at a tiger down the barrel of a rifle than through the lens of a camera. In fact, in his capacity as a forester with the Imperial Forestry Service in India, he disliked having to issue permits to dignitaries who came to his area of forest to shoot, and occasionally gave out permits for areas where he knew no tigers were to be found.

First of all i would like to say, "Hats Off!", to F.W.Champion on enlightening us with his awe inspiring experience. What a journey, man!

Its just collection of some short articles written by F.W.Champion in some local newspapers on his experience in Indian Jungles; on his first and many such interactions with Tigers in India; difficulties and achievements in the field of wildlife photography; his efforts in persuading some influential personalities to drop the gun and start using the camera...
READ MORE

I have been waiting for this book since i read about the photographic exploits of the maverick named "FWC." He was the one who inspired the legendary hunter JIM CORBETT to take up photography. At a time, when the Shooting with a Gun was in vogue, FWC took a camera and diligently laid wire-traps for capturing the wildlife. He was the first Wildlife Photographer. The collection of writings in this book are veritable treasures. His writings are fresh like dew soaked grass; the rides on Bagmati; ...
READ MORE

Articles are edited out

After reading this book, I decided to have a look at the other Books written by F W Champion and I was in shock of my life, one of the articles was an edited out version from the book "With a camera in Tigerland".

I surely feel disappointed, I wasted my money when I could have got the REAL content from the book which is available free of cost on the internet.

I would still give it 3 stars just because of the fantastic pictures which are very hazy in the original online version.
READ MORE

An Book Worth Reading :-) for any naturalist who had concern about nature as well as photography
Regards
Vishwanath M K
READ MORE 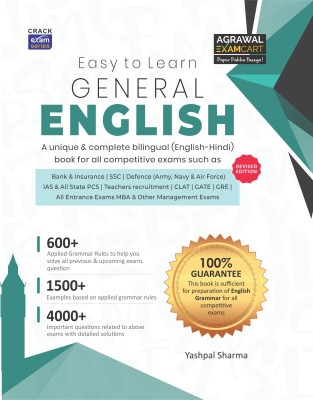 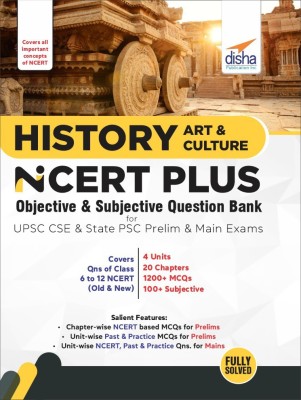 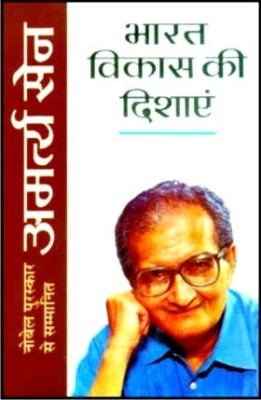 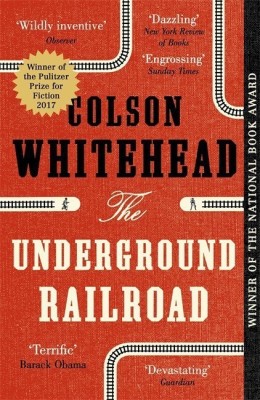 History And Archaeology Books
Min. 50% Off
Shop Now
Back to top