Twenty Love Poems and a Song of Despair is an anthology of romantic poems by the Chilean poet Pablo Neruda. This was first published in 1924 when Neruda was 19.

Twenty Love Poems and a Song of Despair was controversial for its eroticism, especially considering the author's young age. The book comprises of some of Pablo Neruda's best poems including body of woman, the light wraps you, the morning is full, almost out of the sky and here I love you. Over the years, these poems have become extremely popular and has sold more than a million copies. This book has been translated into many languages. Twenty Love Poems and a Song of Despair stands as an essential collection that continues to inspire lovers and poets across the world.

Pablo Neruda was the pen name and, later, legal name of the Chilean poet-diplomat and politician Neftali Ricardo Reyes Basoalto. He won the Nobel Prize for Literature in 1971. With his works translated into many languages, he is considered one of the most influential poets of the 20th century. Pablo Neruda was hospitalized with cancer at the time of the Chilean coup led by Augusto Pinochet. Three days after being hospitalized, he died of heart failure. 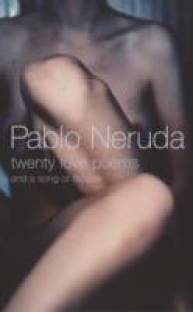 I have always adored Neruda and this collection made me fall in love with the man even more. Raw, sensual yet poignant, the book is a poetry lover's poison. Couple all that awesomeness with Flipkart's amazing service and you could not be happier.
Must read for all those who love poetry.
READ MORE

a terrace,a sunset, ur love and this book!!!

Combine the above and nothing can be more perfect than the mahaul that is created thence.These poems are like waves in an ocean...they keep hitting you with their profound love..again and again! Adding to its allure is the pocket perfect price!
READ MORE

I read a lot of poetry and Pablo Neruda is simply one of my favourites. This chapbook is a truly inspiring collection of his works, the sort that gets you to appreciate the simpler pleasures of love.
READ MORE

Pablo Neruda is one of the amazing writers. I absolutely love his poetry.
And, about the packaging, it was good too.
READ MORE

I am a big fan of Pablo Neruda's writing and so this book was a must have for me. The pleasant news is about the Flipkart service and the Seller (uRead). The packing was done with some effort. Well done. The delivery was made quite early. Again Well done. And the book was in top notch condition when I opened it. That's what stole my heart. I was very impressed and pleased.

And need I say anything about the Po...
READ MORE

nice book must read for the poetry lovers. good literature translated in pretty good manner besides the book quality is pretty and you always feel like reading it...
READ MORE

This was my first Neruda book and I am very happy with the purchase.
This series is totally value for money since the quality, binding and print of the book is really good. At this cheap price, I was really happy to get such a good book. It's a thin book and its quality is very satisfying.
READ MORE

Poetry is an overflow of feelings and emotions. Here Pablo Neruda express his feelings perfectly. Hope you find your deep meanings in this expressing feelings poem. If you guys love, love poetry then go for it.
READ MORE