Understanding Caste: From Buddha to Ambedkar and beyond, authored by Gail Omvedt, is a scholarly work that delves into caste and anti – caste movements and all the issues that whirl around them.

Caste system has plagued the Indian society since ages. The initial texts of Hinduism, the Vedas, have defined the Chaturvarna system and the most elite sect called Brahminism, which is supposed to have the elite and scholarly minds, has also been biased when it comes to many distinctions in the society. The Dalit movement thus originated and posed a strong opposition in this context. Various other religions like Buddhism saw their inception. Dalit movement was made strong by some of the most humane and great minds whose art, thoughts and ideas have been timeless. Some of them were Kabir, Tukaram, Ramabai, Periyar, Phule and in the recent past, Ambedkar. Buddha himself propounded ideologies that transcended all inequalities to a more united, intermingled human consciousness. This book brings out the thorough research and deep insights of the author who is a scholar of Indian society.

Gail Omvedt was born in America. She obtained her PhD in Sociology from the UC Berkeley. She is associated with the United Nations Development Programme through which she has been serving as a consulting sociologist on Rural Development, Environment and Gender. She has been a citizen of India since 1983 and has been an eminent Indian scholar, sociologist and human rights activist. She has been a part of Dalit and anti – caste movements herself and is striving for improvement of the downtrodden women, farmers and also the environment. Some of the other works penned by Gail are We Shall Smash This Prison: Indian Women in Struggle, Violence against Women: New Movements and New Theories in India, Reinventing Revolution: New Social Movements in India, Gender and Technology: Emerging Asian Visions, and Dalits and the Democratic Revolution: Dr. Ambedkar and the Dalit Movement in Colonial India. 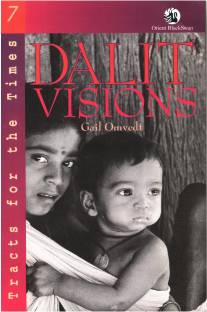 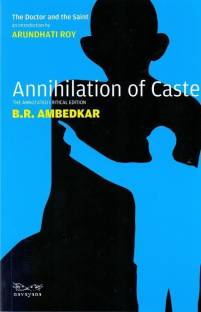 I will write only about product and not book.
The book is good with very good quality of paperback cover. Pages are crispy and have long life if used properly. Satisfied with book and very satisfied with flipkart delivery as usual
READ MORE

A must read
READ MORE