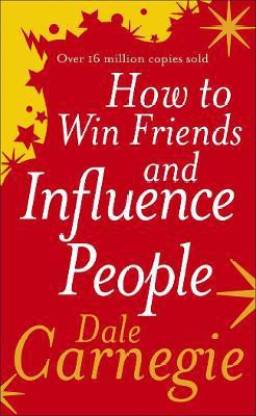 How to Win Friends and Influence People - The First and Still the Best Book of Its kind on Self-Help (English, Paperback, Carnegie Dale)

How to Win Friends and Influence People - The First and Still the Best Book of Its kind on Self-Help  (English, Paperback, Carnegie Dale)

One of the first best-selling self-help books ever published, How To Win Friends & Influence People is a result of Dale Carnegie's groundbreaking research into the art and science of being charismatic. This edition contains the Tamil translation of the best-selling original.

Divided into seven candid parts, this book explores the themes of becoming a charismatic individual. It teaches readers how to win people over through small improvements in the way they speak, act and behave. These little improvements will help readers build their natural magnetism and in turn helps others associate with them and open up to them better. Incorporating time tested and proven techniques, Dale Carnegie teaches readers how to be leaders and catapults them into a successful career as a people-centric individual.

Dale Breckenridge Carnegie was an American writer, self-improvement course developer and lecturer, corporate trainer and public speaker. He is best remembered for his books: How to Stop Worrying and Start Living and Lincoln the Unknown.

Struggling through poverty in his childhood, Carnegie studied at the State Teacher's College in Warrensburg. He worked in various faculties involving selling until he quit to become a lecturer, instead becoming an actor of little success. He began developing what is now called the Dale Carnegie Course by asking people at the YMCA to speak on what makes them angry. His course remains one of the foremost courses on self-improvement and is used as a corporate training program even today. 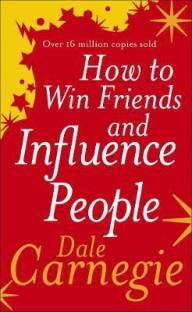 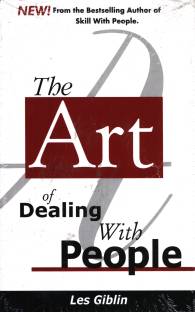 This book is phenomenal.This book would proved as milestone for anyone who wants to improve his/her communication skills.The author, Dale Carnegie ,had did a great work and this express his his insight of human behaviour and working of mind.This book will give you many rule or ways which you can use to become people's person and enhance you speaking skill.
Anyone who will read this book got to know the small loopholes in our behaviour .
Indeed ,In this book Dale,the author ,has explicitly an...
READ MORE

It should be the part of our academics

I went through this book a year ago and now that I've landed up in the professional career, I think this book has profound influence on my personality. I'd suggest anybody to go through this book whether he is professional or a layman, for we are human beings and we need to deal with human beings in day to day life. And how successfully we do it decides the fate of our day. This book has a lot of vivid illustrations from varying range of people e.g. Businessmen(Henary Ford.. oops I remember j...
READ MORE

again a very good book by Dale Carnegie.
Very nicely explains the title of the book and also explains how to deal with people.
Examples provided in the book are good and helps us to understand the situation in a better way.
Must read it.
READ MORE

My review on "How to win friends and influence people" is a bit long but i guarantee u that it's worth spending your valuable time.
READ MORE

A self-help book worth your time

Brief Summary
“How to Win Friends & Influence People” is a 1936 classic by Dale Carnegie having sold over 15million copies worldwide. The book basically aims to teach methods to get other people like you and get them to do what you want them to do.


Review
Even though the book was published way back in early 1930s, the techniques of Carnegie still haven’t lost their sheen. His examples and stories are still as relevant as they were during his time.
The book is divided into four sections - F...
READ MORE

Must read for a person who wants success in dealing with people!

This book tells you how to deal with people, find success in relationships and make long lasting friendships. This book helps a person who has difficulties while speaking with people and is always pondering over what to speak.

In this book, Mr. Carnegie has effectively illustrated his points through examples and illustrations from the lives of great personalities. He has explained his methods by the perspective of a psychologist.
This book is a must read.
READ MORE

I must say that the book I received was in correct condition. The size of the book is small and so is quite handy.It consist of 274 pages.
I will recommend this book to all those who are finding it difficult to deal with people and want to learn how to convince people in their own way of thinking.
this book teaches you how to think and to live a new way of life.
And it is value for money, trust me.
READ MORE

The author explains everything regarding the thing you shouldn't do while talking to others and also talk about the positive affirmations and give respects to others. Delivery is just fine as expected by the flipkart thank you buddy.
READ MORE

I found this book very helpful.
It's contents are divided into four parts:
1. Fundamental techniques in handling people
2. Six ways to make people like you
3. How to win people to your way of thinking
4. Be a leader: how to change people without giving offences
All parts are wonderfully described.
Thanks to flipkart for making book purchase easy. Packaging was wonderful.
READ MORE

The title of the book seemed to be negative to me, meant like it will teach to use people. But once I went through the book, then I realised what it is. This book teaches you with n number of examples on how to deal with situation in day to day life. Also the things whatever the book has said to do can only be true if spoke with true heart.

So it will obviously change you a bit , make you better but you cannot master the tricks. It should come from heart.