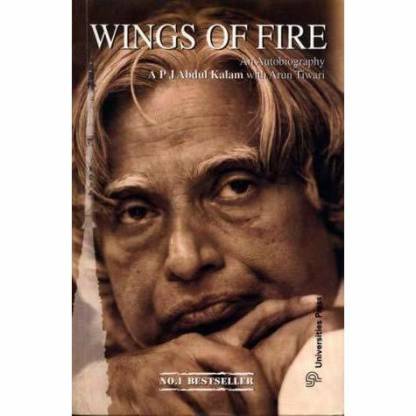 One of the most inspiring and popular autobiographies to read is Late Abdul Kalam’s Wings of Fire. In this book, the former president shares his personal experiences and minutest details of his life. It narrates his life, right from the former late president’s rise from humble beginnings to his vision for the country in the year 2020. It has been divided into four parts equally. The first part narrates his early life that includes his parents, teachers and other influential role models. The second part deals with Kalam’s further education, work experience and his involvement with the military projects. The third and the fourth parts are about his ISRO career and the last phase of his life, where he was bestowed upon with several awards and honours. Buy Wings of Fire: An Autobiography online to read more about this great personality who played a pivotal role in shaping our country’s future.

Wings of Fire - An Autobiography  was written by Dr Kalam and Arun Tiwari. Kalam examines. Kalam talks about his early life, effort, hardship, luck and chance that led him to become the frontman of Indian space research, nuclear and missile programs. Kalam began his career after graduating from MIT in Chennai, India. He worked with Hindustan Aeronautics Limited and later moved to ISRO and helped establish Vikram Sarabhai Space Centre and pioneered the first space launch-vehicle program. Kalam later moved to DRDO to lead the Indian nuclear weapons program. A former President, and one of the smartest and inspirational Indian personalities that the world has ever seen, Abdul Kalam died on 27 July 2015, during a speech at Indian Institute of Management in Shillong, Meghalaya. 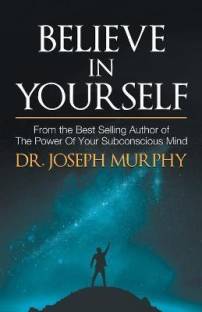 This is the most inspiring book I have ever read. Great salute to the man for his contribution to Indian Rocketry.I would like to recall few lines from book.
1. What you imagine, is what you transpire.What you believe is what you achieve.
2. A good plan executed violently right now is far better than a perfect plan executed next week.
3. Once your mind stretches to a new level it never goes back to its original dimension.
4. Adversities always presents opportunities for introspection.
and th...

Awesome book ever... it was my first novel and so good to read and understanding,page quality good also.. I recommend to all who want to read a inspirational book👍👍
READ MORE

Good print, good images, good written & I think this is one of the top books. Must read books for students & teachers.
READ MORE

For the teenagers, To dream

"If you want to leave your footprints in the sands of time, do not drag your feet."

These are one of the most enduring lines that still lay etched in my memory. I have read this book long back, and I don't remember when, but surely the essence remains with me even today.

This book is best suited for reading for the teenagers, to dream and to dare.
It shows, how a person from the modest background ends up in being the First Citizen of a nation of one billion.
It shows how a scientist, devo...
READ MORE

best line: the youth of today must unlearn this self defeating way of life. the culture of working for material possessions and rewards must be discarded.

1. What you imagine, is what you transpire.What you believe is what you achieve.
2. A good plan executed violently right now is far better than a perfect plan executed next week.
3. Once your mind stretches to a new level it never goes back to its original dimension.
These are some great line of this Book
4."If you want to leave your foo...
READ MORE

Awesome book with some golden motivational
Word. Really inspired by reading it. And if i say about the delivery and packaging it was just awesome. Very much impressed by the delivery
READ MORE

I would recommend you to have it, if u want to get motivated and enhance your English language. Specially, Those students who are preparing for competitive exams it will help you in vocab section.
READ MORE

I have just finished this book! It's just amazing and I have ever read such books like it. If you finding a good book to read then I recommend this book to you! It must be read by everyone! I loved it during the reading!
READ MORE

As we all know that "Sir A.P.J is an extra-ordinary and a multitalented and a well known scientist.
From this book one can understand that how a Muslim Boy with his Big and high Dreams and with his hardwork inspires him to become a well known scientists, what i mean to say that its an "AUTOBIOGRAPHY" of our respected sir A.P.J Abdul Kalam.
It contains totally 32Years of his early life's story.

It is an inspirational and Enthusiasmistic book for all generation and especially for youth and old...
READ MORE