Wonder is a children’s novel authored by R. J. Palacio. It is the story of August Pullman, a little boy with a rare craniofacial deformity, and his experiences at school.

August Pullman was born with a rare facial deformity which prevented him from attending mainstream school, until now. After being homeschooled for years, he is finally about to start fifth grade at Beecher Prep. Auggie is extremely worried about fitting into middle-school life when he looks so different from the other kids his age. August feels and behaves just like an ordinary kid, with an extraordinary face. But will he able to convince his friends and classmates that he just like them despite his appearances? Wonder is a unique, warm and inspiring story of a boy who strives to fit in at school. With realistic family interactions, lively school scenes, and short chapters, Wonder will make for a delightful read for everyone, especially children.

R. J. Palacio is an American author. She was working as an art director and book jacket designer. After more than twenty years of designing book jackets, she took up writing. Wonder is her debut novel. She is currently based out of New York City, where she stays with her husband, two sons, and two dogs. 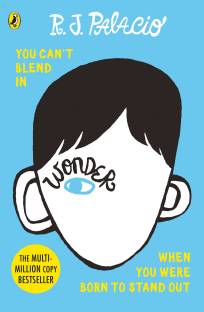 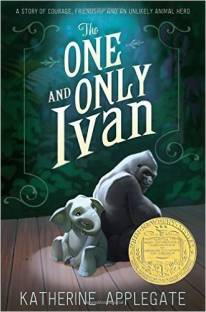 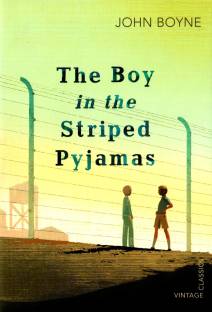 Ok a disclaimer. I am a guy guy u know the play station , football , motorbike loving person. But this book , despite its ostensibly soft theme, blew me away
After long long time I have read such a heart warming , funny and moving book.
It's abt a boy with a deformed face. How he copes in school. Who helps him who is nasty, and how is parents deal with it. It's written so well, with great maturity,....
Don't think . Just buy it. If u don't like it, I won't reimburse u,but i dont think v wld r...
READ MORE

I got all I expected and much, much more. It was beautifully written, and the narrative, which took the pov of all the characters, was simply amazing. I have read books that I found awesome enough to re-read after a while, sometimes even re-re-read. But never have I re-read the same book the next day after reading it. That was before I read Wonder.
READ MORE

This is one of best books I've ever read. It's written in a very simple language. This book made me realize a lot of things about life and I'll definitely recommend it to everyone I know. Sometimes we are so busy focusing on our own problems that we forget to cherish the little things in life and we actually take them for granted.
READ MORE

First off, no complaints with the delivery or product quality. Flipkart did a great job, as usual. As for the story, wow! The experience cannot be described in words. Auggie IS an extraordinary boy, not because of how he looks, but because he has a simple, charming and warm personality. You cannot help but be awed by his bravery and his positive outlook. The book will throw you face first into a whirlwind of human emotions and you will come out of it, carrying with you, hope, and a sort of fa...
READ MORE

Wonder puts a smile on your face! Really great story about bullying and what it's like to be different in the world of middle school. This book will make you laugh, cry and will give you endless amounts of hope. It's full of human emotions-kindness,love,courage, determination,fear and wonderful lessons. Loved it.
READ MORE

I really love this book. One minute i'm laughing and the next i'm crying. It's really a beautiful novel.Everyone should get a hold of this book it's really worth it.
Thank you flipkart.
READ MORE

Wonder is wonderful. This is a book everyone should read. By everyone- I really mean everyone. You'd be amazed.
It's well written. Simple. Relatable. Sad. Happy. Inspiring. All the feelings altogether.
A MUST READ, PERIOD.
READ MORE

the book is not for ordinary readers. it is for those who are finding something hard to read.
means this book is superb and with amazing emotional attachment with august pullman.
READ MORE

It's a very beautiful book with a lot of warmth. It's very subtle yet connects very strongly. Once I picked it up, I couldn't put it down.
READ MORE