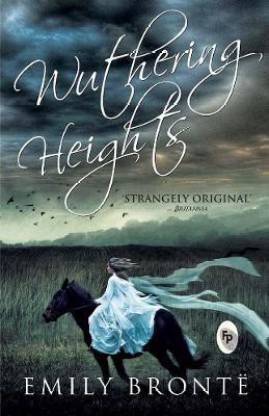 Wuthering Heights is a classic novel of romance and Emily Bronte’s only known work.

Heathcliff is torn between his love for Catherine, the daughter of the man who took him in as a child, and his conflict with her brother, Hindley. When Catherine’s father passes away, Hindley takes out his frustration on Heathcliff. Heathcliff’s own feelings for Catherine are unrequited, for she feels that the difference in social standing cannot let them be together. When she finds herself growing closer to Edgar Linton, Catherine begins to consider his proposal. Heathcliff runs away from home and disappears, leaving Catherine to fall ill out of sheer spite. He returns, however, and begins his quest in paying Edgar back for seducing Catherine by allowing Edgar’s sister to fall hopelessly in love with him. The saga of unrequited love and the descriptions of the desolate moorland on which this story takes place make this not only Emily Bronte’s sole surviving novel, but also the very standard of the Romance genre.

Emily Brontë was a British novelist and writer, the third eldest of the four surviving Brontë siblings. She was the sister of Charlotte, Anne and Branwell Brontë.

The current title has been adapted several times onto the silver screen, most notably in 1939 starring Laurence Olivier and Merle Oberon, directed by William Wyler. 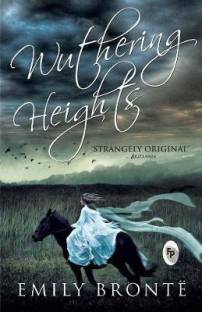 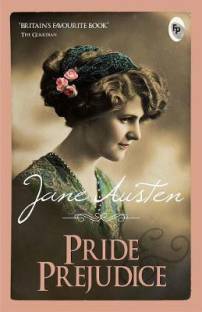 Firstly, I received the book in perfect condition and at a very reasonable price. The delivery was quick and the cover is stunning!!

Now, about the book:

Set in the wilderness of the moors, Wuthering Heights is a classic tale of vengeance, jealousy, misery and passion.

I won't dare call this book a romance. Wuthering Heights is anything but romance. It's a toxic obsession that draws Heathcliff and Cathy towards each other and destroys everyone around them.

The font is clear and suitable enough to read. I have heard that this is a classic that never gets old. I will start reading this on 1jan, 2021.
READ MORE

Very nice book....I loved the story, strangely original indeed....i still can't come out it...and especially I lovveeedd the character of EDGER LINTON.... And also delivery was good...the book was in a good condition by fingerprint classics......I am totally satisfied with the purchase.....I hope you found this helpfull.....HAPPY READING!!!!
READ MORE

Excellent quality considering the price of the book. I got it in only 89 rs. Nothing to say of the story. Emily Bronte's masterpiece. A tale of suppressed love. With great imagination and so much power great book to be read.
READ MORE

I've read the two phenomenal books by the Bronte sisters. Wuthering Heights, i must say, is stirring. A lucid outlook on the intensity of unrequited love and its repercussions. Thanks to the writer's imagery, you can't think Heathcliff to be an evil person for all his wrongdoings. And the change in his character at the end, hence, comes as a relief. I mentioned Heathcliff coz i liked his character the most, the other characters are are significant too, and instrumental to the plot. This is an...
READ MORE

I got the book on time and really happy with it.. The page quality is also good.. Book also in good condition nice packaging too. Thank you flipkart.
READ MORE

NYC product, I will give you a suggestion always buy novel heights more than 7 inch or 7 inch not lower than it
READ MORE

high quality cover and pages!! so happy to get it on my hands, and I can't wait to read.. thanks so much 😄💜
READ MORE