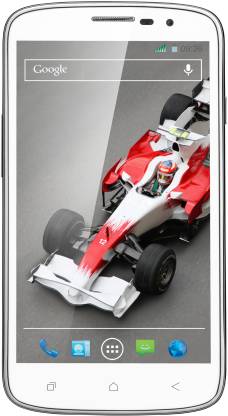 Get notified when this item comes back in stock.
Home
Mobiles & Accessories
Mobiles
XOLO Mobiles

Designed to let you flaunt the slim design, the Opus Q1000 is a smartphone from brand XOLO which has established itself for putting together great hardware with advanced software and presenting you with great performing phones that are well within your reach.

The slim body of this XOLO device packs a powerful performer in the 1.2 GHz Quad Core processor that is assisted by 1 GB RAM to ensure that app launches, games and even browsing through the phone is easier and faster. Multitasking is made quicker as well, allowing you to do more with less and unprecedented crashes and lags are a thing of the past. What’s more, with 312 MHz graphics, games that you play are fast, furious, crisp and very responsive.

An Android device through and through, the Jelly Bean v4.2 gives you the freedom to personalize your phone while bringing small but very useful tweaks like bundled notifications, simpler interface and more accurate predictive input for a well-rounded and intuitive experience.

The Opus Q1000 sports a 5 inch screen that is large enough to provide for immersive entertainment but small enough to still be portable. The FWVGA resolution screen comes with a color depth of 16M allowing for bright and crisp visuals and the IPS technology used ensures that there is no distortion, regardless of what angle you are viewing it from.

Don’t let memories pass you by without capturing them for you to reminisce about later – carry the XOLO Opus that is armed with a 5 megapixel primary camera supported by LED flash to capture frames on the go. The device is also capable of HD video recording and sports a BSI sensor to ensure that even pictures in low-light conditions are bright and clear.

The phone also has a 0.3 megapixel front camera to lend a face to your video chats.

A 2000 mAh battery powers this XOLO device to give you up to 11 hours of talktime on any 3G network. With 4 GB internal memory that can be extended up to 32 GB with a microSD card, the phone has enough space for all your apps, music and media without causing any restarts and crashes.

With both Wi-Fi and 3G support, you can browse the net with good speed and stream videos as well. Transferring data is a cinch with the microUSB that you can use to connect to your PC and Bluetooth to share a favorite tune or an image with a friend.

The XOLO Opus Q1000 is armed with a variety of sensors to make it more intuitive to your needs – the accelerometer adjusts the screen orientation according to which way the phone is tilted, the proximity sensor detects when you are close by and dims the screen to avoid accidental touches and the ambient light sensor dulls and brightens the screen according to the surroundings to give you an optimized viewing experience.

I had purchased the phone in Jan 2014, found it to be very good in touch, display, video playback quality, however, found very poor camera quality, even after 2 updates introduced by the company. Also there was a network selection problem.

Now the phone is under repairing since 28.02.2014 for camera and auto on/off problem, co has given time of 25 days for repairing as found to be fault in PCB. I asked for replacement as the same being manufacturing defect, but has been refused by the co. I ...
READ MORE

WORTH IT AND PUERLY VALUE FOR MONEY

this phone having very good display as compared to present ...
READ MORE

I'd heard good reviews about XOLO. However the product started giving problems pretty much as soon as it arrived. Here's the list.
PROXIMITY SENSOR NOT WORKING
PHONE HANGS WHEN CALL COMES IN
CONTACTS DON;T LOAD
AUDIO JACK NOT WORKING
When I was on a call, and an incoming call came, the phone would hang. The sound jack have up after that. When I mail flipkart about my challenges (and I'm a fan) the response was in minutes. However the answer was not satisfactory. "hit the reset button and all...
READ MORE

Not a good buy

I bought this phone because I wanted a low cost VFM phone. This phone packs good specs for this price. But its not reliable. My phone was shipped with Android 4.2.2. After about a months usage it stopped recognizing attached headphones (I tried using many headsets but didnt work either) but I let it slide as I anyways didnt use that phone for music. But when it got updated to 4.4.2 my phones Wi-Fi stopped working. It refused to switch on, let alone find any nearby networks. Problems worsened ...
READ MORE

I have purchased this from FK during 2013 end. Ordered it on 29th Dec, recieved the item on 3rd jan. Good packing and service from Flipkart is good, if not best.

This is a good budget Android for newbies who are stepping into Smartphone from oldies.

Pros:
1> Display is good, you won't feel it is 480 X 854 pixels. Unless you browse websites.
2> Phone is snappy, fast and can handle any task and application you throw at it.
3> Media playback is great, clarity of speaker sound is noticable. You...
READ MORE

Simple and Worth every penny

Been using for a day. So far so good. The main reason I bought this phone was because of Broadcom processor and 1GB ram. Below is my review.
1. Appearance: Looks like a distant relative of galaxy note 2. Not very Impressive.
2. Build: Average. Certainly will not survive falls. Its feels light in your hands despite the size. Good headset and usb data cable. The Charging pin is too loose on the wall socket and will not easily start charging. Providing flip case and screen guard is a good move f...
READ MORE

Good fone but GPS does not work

Bought it because of GPS but doesnt work as promised which is is biggest selling point. Rest fone is awesome comes with 1gb inbuilt memory. Performance better than Samsung duos as it never hangs. Gets on air updates.
READ MORE

a graet device to be used

finally i recieved this phone 3 days before i was vry happy with their deliery thing..........the phone is working great no issues apps2sdcard supported and fr gaming its best but if u want fr camera u shld check out other options
READ MORE

Value for Money! Just worth it.

first of all , hats off to flipkart serivce.
product delivered within two days.
The device is just worth it.
-Broadcom processor makes it everything go flawless.
-camera is very good under 10k.
-facebook and other social networking sites are preinstalled.
-in the box ( there is one XOLO screen gaurd and one XOLO Flip cover provided which is very good in compare to samsung.
- XOLO POWER , XOLO SECURE is good and handy also.
Ask me, If you are looking for an android device under 10k, forgot Sa...
READ MORE

Pretty good phone in the budget of 10K. though the camera is not up to the mark. but for gaming and video purpose the phone complete you wish.

Xolo improving the quality of his phone. keep it up.
READ MORE

1
0
Permalink
Report Abuse
+
All 100 reviews
Have doubts regarding this product?
Safe and Secure Payments.Easy returns.100% Authentic products.
You might be interested in