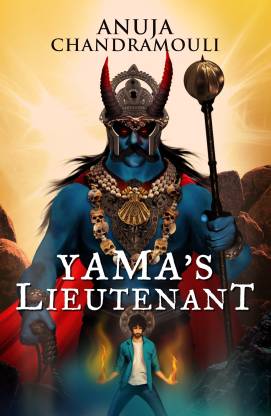 Description
What happens when the forces of hell, heaven and earth collide? The inhabitants of the thousand hells of Yama have broken free from their prison and vowed to wreak havoc on the heavens, the earth and hell. With the asuras and rakshasas teamed up with Naganara, a terrifying necromancer hungry for power, the universe is headed for war and destruction-unless one human has something to do with it. Agni Prakash, a debonair young man whose world has been turned upside down by the death of his twin sister, Varu, has been enlisted to stop these forces and be Yama's very own lieutenant. As the mythical world clashes with his own, Agni discovers a manuscript left behind by his sister. Hauntingly, it draws parallels to the treacherous path upon which he has been thrust. Equipped with an acerbic wit and winning charm, and hardened by the grief of his sister's bereavement, Agni undertakes a battle, where the odds seem tipped wildly against him, and finds unlikely companions along the way. Will he be able to uncover the secret behind his sister's writings? And more importantly, will he be able to avert the destruction that seems imminent?
Read More
Specifications
Book Details
Dimensions
Frequently Bought Together 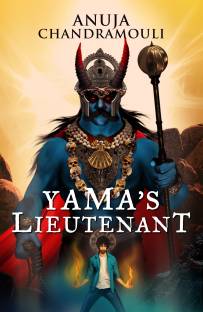 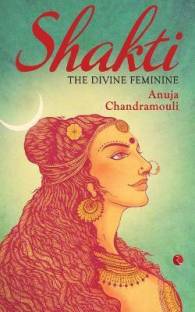 There is nothing better than reviewing your wishlist book. "Yama's Lieutenant" made its place in my wishlist, the day I saw book on Amazon. I didn't even checked blurb of the book, all I checked was cover and author's name. Author made sure that reader won't get disappointed. I would like to salute Anuja Chandramouli to combine mythology and action thriller into one genre wonderfully.

Book has two parallels both related to Yama, one was directly related while another was indirectly.

Story telling at its creative best !

Yama’s Lieutenant is a beautiful fantasy novel. There are 2 parallel stories which are equally engaging and creatively linked without any complication.

All the characters are unique and memorable with awe-inspiring characterization. Yama’s lieutenant Agni is a charming protagonist. Varu is an adorable twin sis. The Kritya Minothi, with her magical prowess, is powerful and steals the limelight quiet often. Goddess Ganga’s little child Nitara is an epitome of love and kindness. On the paralle...
READ MORE

The delivery was prompt , as usual. But the book seems to be old and dusty. Without any plastic wrapper.
READ MORE