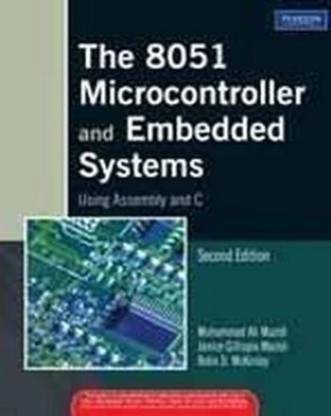 The 8051 Microcontroller And Embedded Systems Using Assembly And C provides an in depth study and step-by-step approach on the 8051 microcontroller and includes sample programs and examples.

Microcomputers are small computers that are located on single integrated circuits. They are used in embedded applications such as those found in robotics, video games, power tools, remote controls, and toys. Microcomputers are frequently used in devices and products that operate automatically. The Rabbit 2000, MIPS, and Freescale ColdFire, are all examples of microcontrollers.

The text is organized into 17 chapters and 8 appendices. The first six chapters provide a coverage on the basic architecture of the 8051 microcontroller, using Assembly language. From the 7th chapter onwards, both C and Assembly languages are used to show how the 8051 interfaces with devices such as keyboards, LCDs, stepper motors, and sensors. Some of the topics are 8051 Addressing Modes, LCD and Keyboard Interfacing, Motor Control, Sensor Interfacing, and Jump, Loop, and Call Instructions. The appendices provide reference material on ASCII codes, Wire Wrapping, Flowcharts and Pseudocode, Assemblers, Suppliers, Development Resources, and Data Sheets. Numerous examples are provided to help students grasp the material.

This second edition has several salient features. New chapter topics such as C Programming, DS12887 real-time clock chip, and optoisolators, have been included. Many chapters feature newly added sections, in keeping abreast with technological advancements.
This second edition of The 8051 Microcontroller And Embedded Systems Using Assembly And C was published in 2007.

Muhammad Ali Mazidi is an author, lecturer, and electrical engineer, who hails from Iran.

Rolin McKinlay is an author, circuit board designer, and programmer.

McKinlay completed his undergraduate degree at DeVry University and is currently pursuing a Master’s degree, as well as a PE licence from Texas. McKinlay is also a partner at MicroDigitalEd.com.

Janice Gillispie Mazidi is an author and software engineer.

She has also authored The X86 PC: Assembly Language, Design, And Interfacing.

Mazidi completed her M.Sc. degree from the University of North Texas in Computer Sciences. She has technical writing expertise and at one time was also a production manager. 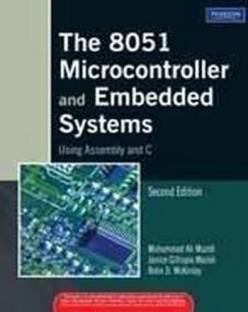 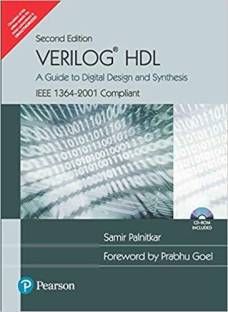 This is a fantastic book for 8051 lovers and students; price of book is high, but i guess it is worth it. Keep this book with you forever, it is good reference for all 8051 projects. Please check out the price in local book market. Purchased the previous version at a lower price, but for students the latest version should be studied
READ MORE

Excellent and Complete Book for 8051 Microcontroller

Pros:
1. Concepts are written in simple. precise and comprehensive manner
2. Ample of programming examples in each chapter- which makes the learner a master of 8051 programming
3. All the programs are well commented which makes the programs excellent for understanding
4. Programming of all topics are available in both Assembly & C: few books have this feature
5. Covers all aspects of 8051 architecture, programming & interfacing
6. Covers the entire syllabus of B.Tech/B.E in 8051 microcontrol...
READ MORE

Simply loved it. I say, the best book to learn the basics of 8051 Assembly Language programming. Everything is explained in a simple and lucid manner; interfacing of various components to 8051 is also well explained.
READ MORE

Its nice book to shine in the field of embedded. Its nice interesting too when you are through with the basic subjects like digital electronics and circuit networks and then studying this book.
READ MORE

good book for a beginner. it has lots of good topics. 8051 assembly & c programming will be real easy, credit goes to author. but some where down the line it is not systematic. they could have arranged the topics in more better way. some times you get confused of topics as they are scattered all around the book.
READ MORE

i got this book from filpkart with in 2 day the qulity of is very good and it is helpful to study i want to only say that thank you flipkart............
READ MORE

The book has been written in a very easy language and when you read it you'll understand each and every sentence instantly.Do read it like a novel.Though the hardware or architecture of 8051 is not given you can read it from AYALA.The programs are the best in this book..
READ MORE

Awesome book and Service by Flipkart

This book is a must for any serious electronic engineer who wants to learn embedded systems. It explains the concepts of hardware and software in a structured manner. Unlike most books on embedded systems this book is a no nonsense book.Adequate theory and examples make this book pretty interesting to read. Special mention to Flipkart for their service.Delivered within one day of order. Amazing! Kudos to you and your team
READ MORE