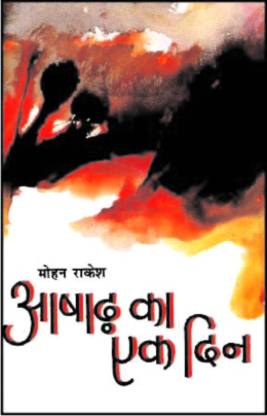 Ashadh Ka Ek Din (Hindi) is a play in three acts based on the life of renowned classical Sanskrit writer Kalidas. It is centered on a love triangle between Kalidas, Mallika and Priyangumanjari.

Ashadh Ka Ek Din (Hindi) begins with Kalidas leading a tranquil life in the Himalayas. He and Mallika are in love and everything seems blissful, until Kalidas receives an invitation to appear at Chandragupta’s court. Reluctant to leave his love behind, Kalidas finally gives in to his ambitious aspirations. Encouraged by the good natured Mallika, Kalidas leaves for Ujjayini.

The second part of the play covers Kalidas’ life in Ujjayini. Kalidas’ fame escalates and he is transformed from a humble country man, into a sophisticated courtier. He puts aside his love for Mallika and instead marries a noblewoman, Priyangumanjari. Mallika is left with a broken heart and leads a lonely life. Kalidas basks in the fame he receives in Chandragupta’s court and soon forgets his first love, Mallika.
Things take on a new contour when Kalidas decides to visit his village along with his wife Priyangumanjari. Will he be able to confront Mallika, who has since married Vilom, a repugnant man? How does Priyangumanjari accept her husband’s first love? Kalidas ultimately comes to a decision that would be recorded in history as a turning point in his life.

Ashadh Ka Ek Din (Hindi) was Mohan Rakesh’s debut play and it went on to win a Sangeet Natak Akademi Award for the best play in 1959. A film adaptation of the play in 1971, directed by Mani Kaul, won the Filmfare Critics Award for Best Movie. An English translation of Ashadh Ka Ek Din (Hindi), called One Day in the Season of Rain, was brought out by Vinay Dharwadker and Aparna Dharwadker in 2009.

He was born in 1925 in Amritsar. He completed his Master’s in Hindi and English from Punjab University in Lahore. He began his career as a teacher before becoming a full time writer. He was bestowed the Sangeet Natak Akademi Award in 1968. He has contributed significantly in the genres of travelogue, short story, criticism, and memoir. He died at the age of 46 in New Delhi, in 1972. 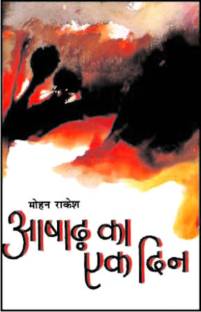 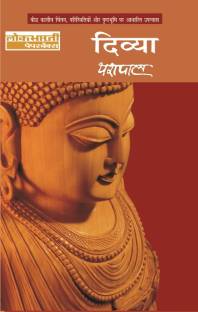 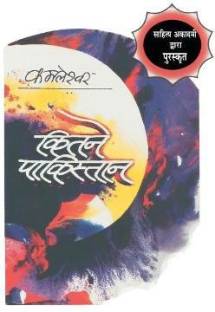 A historical but yet relevant play

Ashadh, the 4th month of the Hindu calendar comes before the month sravana; the month with maximum rains. the story has 2 main scenes happening at a rainy day of ashadh, so the name of the play is nicely linked with the story. Mohan Rakesh does not need any introduction as a marvellous Hindi playwright.
The story revolves around the great poet Kalidasa, the poet turned king who finally leaves the throne to become a poet again, to come back to his roots. Other characters are his love of chil...
READ MORE

One of the best hindi book i have encounter...

I will surely recommend this book to everyone, who love Hindi novel. They way writer has crafted the emotion of a girl is very beautiful, and everything is quite good please go through this book.
READ MORE

Ashadh Ka Ek Din is a debut Hindi play by Mohan Rakesh in 1958[1] and is considered the first Modern Hindi play.[2] The play received a Sangeet Natak Akademi Award for best play in 1959 and has been staged by several prominent directors to critical acclaim