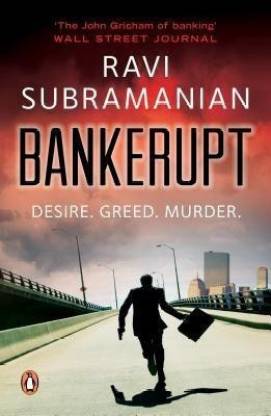 A sure-shot thriller makes you turn pages till you reach the very end. You in fact cannot stop reading and that’s what “Bankerupt” by Ravi Subramanian does to you. He makes you want to reach the end way before you have reached the middle because as a reader you cannot wait to know what happens next. That’s the true test of a thriller and this time this isn’t a banking one.

There are a lot of sub-plots running through, “Bankerupt”. From a financial hoax to a cryptic clue – the novel spans from the US of A to India to Australia. There is a murder but obviously. Ravi Subramanian’s writing style is impeccable – keeping in mind short chapters to generate interest to the plot which is racy and suspenseful at almost every turn of the page. “Bankerupt” is a quick read. The kind that you can finish on a train journey and be on the edge of your seat at that.

Bankerupt is a fast-paced thriller with a plot that spans different cities across the globe, and a murder that needs to be solved before it’s too late.

Bankerupt has three different tracks that run parallel and are interwoven with each other. Readers first meet Cirisha Narayanan, a professor, teaching at the prestigious MIT in Boston. Honesty is of utmost importance to her. Her life turns upside down when she learns of her husband’s elaborate scheme for a financial fraud. Being a principled woman, she threatens to expose her husband’s wrongdoings unless he mends his ways. Does this give the husband a motive for murder?

Bankerupt then paints a picture of Aditya Raisinghania, Cirisha’s husband. He is a banker and loves taking risks even if it involves malpractices. He makes use of his skill and the people he knows to come up with a racket that will take him up the corporate ladder. However, the bank soon finds out about his deceptive ways and he loses his job. Following a huge showdown with his wife, he becomes the main accused in the murder. But does that prove his innocence and clear his name?

The third track revolves around Cirisha’s father, a businessman. He is influenced by his son-in-law’s malpractices and wishes to make a quick buck with illegal schemes. Will his daughter find out about this? How far does he go in his desire to get rich quickly? All three tracks come neatly tied together at the end, leading to a nail-biting finish.

He has authored novels such as Devil in Pinstripes, If God Was a Banker, The Incredible Banker, and I Bought the Monk’s Ferrari.

He studied at IIM, Bangalore and has a career spanning two decades in the banking industry. He has worked with top corporates such as HSBC, ANZ Grindlays, and Citibank. Apart from novels, his articles appear in popular magazines. He is also a columnist for The Economic Times. He has won the Economist Crossword Book Award twice, and has also won the Indiaplaza Golden Quill Book Award. 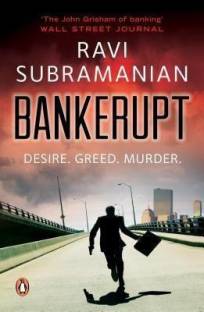 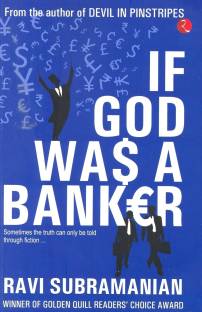 Ravi Subramanian has once again proved that he is a master of thriller not only with bank background but also within the most prestigious precincts of academic institutions. 'Bankerupt' makes you glued to it until you finishes the 319th page through nonstop reading. Congratulations Mr Ravi Subramanian! You have carved a niche for yourself in writing and established that you can weave a magic web around the readers through your racy style!
READ MORE

Good story line as you always expect from the author, how the retails shop can be used for the ill-will of a person in the top and how the money laundry happens are detailed. Light weight but good one.
READ MORE

Nice book, although the tale is not as gripping as the other work of Ravi but still worth read.
Nice service from the seller and Flipkart. Keep it up.
READ MORE

Having read all of the writer's works , this one turned out to be a disappointment. Although one would appreciate the writer's efforts in putting Real issues like Gun control in US and its repurcussions on the world etc , this work does not engage you like his previous books did.
READ MORE

Good book, good author. the storyline is very interesting although a little convenient. I thought that i would enjoy the book over 10-12 days but once i picked it up, i finished it in 3 days.
READ MORE

Nice Novel, keeps you hooked till the end. The Characters too are very strong and interesting. Among the other books by the same author, I liked this one and found it to be the best.
READ MORE

totally worth every penny spend. Good narration, strong plot and whole sequence of events was amazingly thread together in one piece. it was my first book of ravi and i plan to read them all now.
READ MORE

Oh man...what a book to read,especially if you are a fan of suspense-thrillers. The author has managed to capture the attention of the reader and also hold it till the very end. the fact that it is related to banking made it more logical for me to buy this book, but nevertheless,if you want to have a good time, just read this instead of watching a movie. its more than paisa vasool !!
READ MORE

I am not much of a book reader, but generally read thrillers mostly. I am a great fan of dan brown thriller's. The effort by an indian to write a thriller is commended.

The book is a good one and can be easily related by most indians. The climax reason could have been re-worked but seeing what is happening around you can accept. A book which could be easily made to a movie.
READ MORE

Really very good to read but the pace somewhat seemed to be a little slower in the mid portion. But even though the thrill was there throughout the novel and it was really interestingly forwarded till the very end. A slight disappointment was when the second most important character got killed But it was the demand of the script I think. The suspence could be more interesting than the gay part. In short an enjoyable one......
READ MORE

0
0
Permalink
Report Abuse
+
All 68 reviews
Have doubts regarding this product?
Safe and Secure Payments.Easy returns.100% Authentic products.
You might be interested in 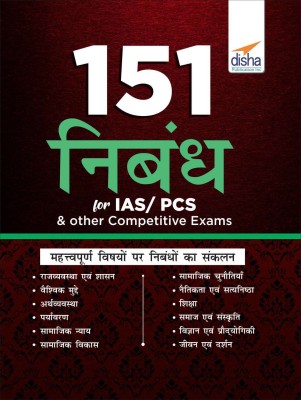