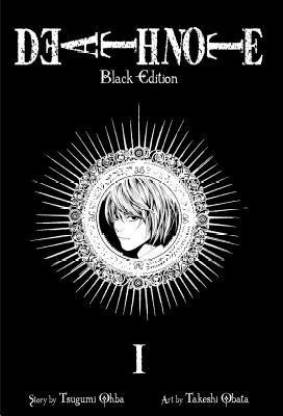 In this first volume of Death Note, the award-winning shounen manga series, a boy holds Japan under his control after finding a book that lets him kill anyone he wants to.

Light Yagami is a brilliant student. His scores are above that of his peers, and he is on a sure way to the best graduate schools in Japan. However, this son of a police chief has no interest in the normal life. When he finds a black book by chance, he opens it to find writing which claims he can kill anyone by writing their name in it. He dismisses the book but gives it a try when criminals harass a pretty girl in his neighbourhood. The book works. In using it he signs a contract with Ryuuk, a Shinigami and promises his soul to him upon death. Soon he sets about killing major criminals and corrupt politicians, believing himself unstoppable. What he doesn't expect is the police to consult a detective known only as L.

Tsugumi Ohba is the pseudonym of a Japanese writer. He is best known for Bakuman and the current title.

Takeshi Obata is a Japanese manga artist. He is most well-known as the artist of Hikaru No Go. 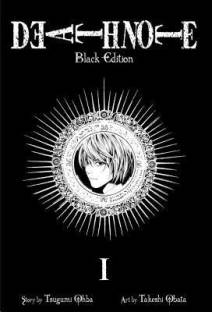 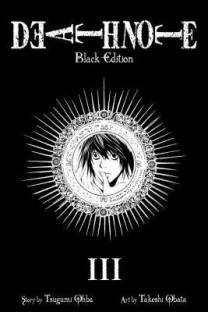 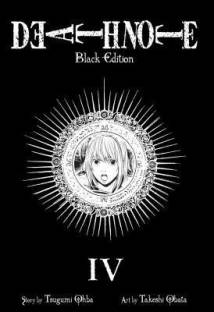 Anyone wondering about the review of the manga itself, please look it up on MAL, YouTube. As for my personal opinion, I'll try to summarize it in short: A psychological manga which deals with concepts like morality, good and evil in clever ways. But in the end it's just a highly enjoyable fantasy story about 2 very interesting characters in interesting situations.
Warning : You will feel smarter coming out reading this manga. ^_^

Also personally I love the first 2 volumes, and think that th...
READ MORE

First of all, great and on time delivery by flipkart. The book was neatly packed and in perfect condition.
Now, about the book itself. By the duo of Tsugumi Ohba and Takeshi Obata, Death Note is a series which needs no introductions. The black edition covers the same story as the original manga but the size of the volumes is slightly bigger, it combines the two volumes into one (basically a vizbig manga) and we've got a couple coloured of pages in the beginning of the volume. The black colou...
READ MORE

truely great. just like typical japanese manga this also reads from the back and not from front and from right to left and not left to right on each page, but once you get used to it the content is exceptional.
READ MORE

This book is worth buying to support authors. Excellent story, great art and a must read for every manga/anime fan.
READ MORE

Very good delivery and the Book is in very good condition ....thank you flipkart for delivered the only in 5 days 💕
READ MORE